Companies looking to trade within the Southern African Development Community (SADC) need deep pockets, plenty of patience and excellent organising skills to keep track of all the required paperwork. 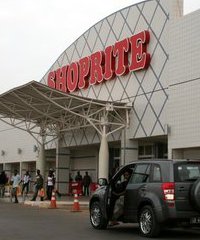 So says a new report by the World Bank that highlights the various trade barriers, such as trade permits, export taxes, import licences and bans, which hamper commerce within SADC.

South Africa-based supermarket group Shoprite spends US$20,000 every week to secure import permits to distribute products such as meat and milk to its stores in Zambia alone.

When considering the entire SADC region, Shoprite applies for around 100 import permits every week, which can surge to 300 during peak periods. “As a result of these and other documentary requirements there can be up to 1,600 documents accompanying each truck Shoprite sends with a load that crosses a SADC border,” notes the report.

Shoprite currently has a presence in 13 of the SADC countries.

Delays at border posts caused by inefficient customs and standards agencies also increase trade costs. It costs Shoprite $500 for each day one of its trucks is delayed at a border.

Despite these challenges, Shoprite is staying focused on the potential that Africa offers. “This is the place to be … with all its challenges. Let’s go and work hard. I know there are hurdles and [conditions in Africa] are not every day the way we would like it to be, but look through that [and] see the opportunities because they are ample,” says Johan van Deventer, managing director of Freshmark, a Shoprite subsidiary responsible for the retailer’s fruit and vegetable procurement and distribution. Van Deventer was speaking at a conference last year.

According to the World Bank, there is inadequate coordination across government ministries and regulatory authorities that cause delays in authorising trade for new products. One South African retailer battled for three years to get permission to export processed beef and pork from South Africa to Zambia.

Woolworths, another South African clothing and food retailer that has expanded into other African countries, does not even make use of preferential SADC tariffs, just because the process of administering the various required documents is too costly. Instead Woolworths simply pays the full tariffs.

The World Bank notes that export taxes are also stifling trade in the region. For example, in order to encourage the local slaughtering of livestock, the Namibian government imposed a levy on the export of small stock, effectively closing the border for the export of live sheep to South Africa. This restriction is impacting negatively on the small stock industry in both Namibia and South Africa.

“In [Namibia], farmers have switched to alternative activities like cattle and game farming. For those sheep farmers that remain, they have become almost entirely dependent on the four Namibian export abattoirs while they were previously able to sell more sheep to the South African market where they received higher prices,” says the report.

Jobs in South Africa are also at risk, especially at some abattoirs in the Northern and Western Cape, which rely on slaughtering Namibian sheep during the low season.