Good budgeting and financial discipline are two key factors for achieving success in any farming venture. 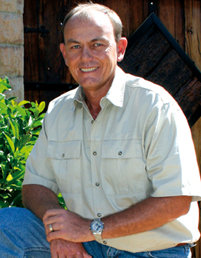 So says Casper Botha, owner of South Africa’s Castello Farming and one of the country’s most respected farmers.

Another important aspect is to have a competent and reliable labour force. “I trust my workers 100%. Your personnel are crucial to make your dreams become a reality.”

He says that each staff member on his farms, from the labourer to the farm manager, must see the business as his or her own. “Castello Farming is not just my project, it belongs to everyone involved in the business. Each person must take full ownership for his or her responsibility.”

Botha first started farming in 1990 with only a dairy business. But through hard work and perseverance he built the business to what it is today.

He explains that it is important for every farmer to start small. “Just like a baby first needs to crawl and stand before it can walk and run, so it is with farming. If you start with big steps you are going to fall hard.” 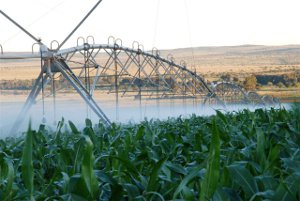 Centre pivot irrigation is the most cost effective method of irrigating large areas.

Centre pivot irrigation offers accurate water distribution at low pressure. It is also the cheapest way of irrigating on a large scale. Practically all crops are suitable given that the plant is not too high to be accommodated under the centre pivot. There are, however, centre pivot systems available for taller crops such as sugar cane and citrus.

Botha says he bought his first Senter 360 centre pivot in 1995 and has not looked elsewhere since. Today Castello Farming has 39 Senter 360 systems installed.

One of the main factors that sets Senter 360 apart from other manufacturers is that the company uses pipe trussing, which makes the structure much stronger and lighter. Another advantage is its I-Wob sprinklers that have a perfectly engineered droplet size resulting in more water in the soil. The company has also patented technology to keep the last sprinkler constantly clean, thus maintaining the full irrigation application on the outer hectares of the centre pivot, normally prone to under-irrigation.

Senter 360’s systems are currently being used across the African continent.

To find out how Senter 360’s centre pivot irrigation systems can benefit your business, contact the company at: