Africa, a continent with a wealth of natural resources and 60% of the world’s uncultivated arable land, has historically exported much of its raw materials, with very little value added to them on the continent. While recent years have seen the growth of local food manufacturing, Africa still relies on large volumes of imported processed food to meet rising consumer demand. 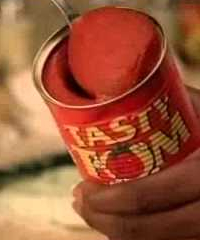 “In Africa, it is comparatively expensive to add value to agricultural materials, but there are significant benefits to all parties within food processing, for example in jobs created or supply chain efficiencies,” said MD Ramesh, Olam International’s president and regional head for southern and eastern Africa.

Olam is a global agribusiness and food conglomerate listed on the Singapore Stock Exchange. Established in 1989, the company has had an interest in Africa from day one, and began by exporting raw cashew nuts from Nigeria to India. Today Olam has operations throughout the world, including 25 African countries.

The company no longer only exports raw commodities from Africa, but has ventured into the processing and packaging of branded food products on the continent, such as the Tasty Tom tomato paste and the Cherie brand of instant noodles in West Africa. It also has mid-stream processing operations, including a wheat mill in Ghana and a cashew processing plant in Côte d’Ivoire, to name a few.

So why does Olam have an interest in processing food on the continent? “Our view is that there is a large in-house market in Africa itself and there are significant consumers in Africa … we are talking about a middle class of 326m or so. On par is disposable income which allows them to buy processed food in Africa,” Ramesh told How we made it in Africa.

“A lot of the processed food that is consumed in Africa is coming in now from China and India and other low-cost economies. We believe that there is an opportunity for us to add value in Africa to raw materials, to process food to service the local market.”

In addition to catering for local demand, the company also exports food processed in Africa to the international market. Examples of this include cashews processed in Tanzania and Mozambique, and cocoa from Nigeria.

Ramesh explained that the strategy of processing food in Africa for both local and foreign consumers can be successful in the right environment. “It depends on the country; the country’s cost structure, the country’s infrastructure availability, and finding skills in these countries.”

The continent’s transport and logistics infrastructure deficit (alongside unreliable power supply), can increase the cost of local manufacturing. However, Ramesh highlighted that securing enough skilled factory labour can be a particular challenge in some regions, and requires investment, time and clever strategies to overcome.

For example, Olam’s cashew processing factory in Mtwara, Tanzania, had the capacity to employ close to 6,000 people at one stage, making the company the largest cashew processor in the country. But finding enough skilled workers proved to be a challenge in Mtwara.

“It took a two year period of training people, and taking losses for two years, to bring the people up to speed,” said Ramesh. “So that was a big challenge.”

He added that Olam then decided to partly outsource first level processing to small and medium enterprises in the region, which became responsible for managing workers.

“The challenge of handling workers, training them… was no longer completely ours. It belonged to the factory owner who was a Tanzanian small and medium enterprise.”

With the continent’s billion strong population predicted to double by 2050, Africa is expected to have the world’s largest workforce in the upcoming years. Ramesh emphasised the importance of having a long-term perspective when investing in the infrastructure and skills development for value-adding operations on the continent.

A major reason behind Olam’s success in Africa today is that the company has spent the last 25 years investing in farms, plantations and forest concessions across the continent, including palm, rubber, rice, coffee, cotton and edible nuts. By 2013 the company reported that it had roughly three million African smallholders in its network.

Partnering with local authorities and businesses to support the supply chain has been a big part of Olam’s strategy in Africa.

According to Ramesh, the company will continue to grow its food processing operations on the continent. “You will see that it is a significant part of our plans,” he emphasised.