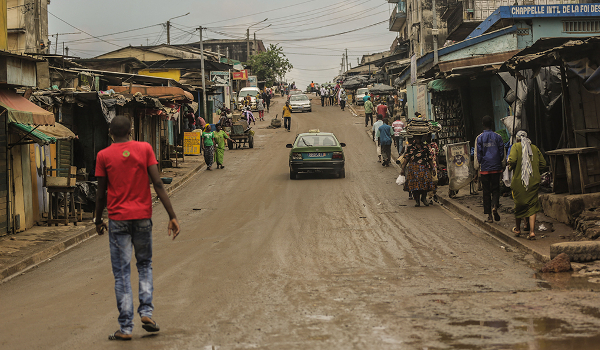 The middle classes in the Global South gained growing attention since the turn of the century, mainly through their rapid ascendancy in the Asian emerging economies. A side effect of the economic growth during these ‘fat years’ was a relative increase of monetary income for a growing number of households.

This also benefited some lower income groups in resource-rich African economies. Many among these crossed the defined poverty levels, which were raised in late 2015 from US$1.25 a person a day to $1.90. As some economists had suggested, from as little as $2 they were considered as entering the “middle class”.

The ominous term was rising like a phoenix from the ashes to characterise this trend. It added another label to the packaging of a neo-liberal discourse. By emphasising the free market paradigm as creating the best opportunities for all, it suggests that everyone benefits from a laissez-faire economy.

But the middle class concept remained vague and limited to number crunching. The minimum threshold for entering a so-called middle class in monetary terms was critically vulnerable to a setback into impoverishment. After all, one sixth of the world’s population has to make a fragile living on $2 to $3 a day.

The African Development Bank played a defining role in promoting the debate. Using the $2 benchmark, it declared some 300 million Africans (about a third of the continent’s population) as being middle class in 2011. A year later it expanded its guesstimates to 300 million to 500 million. It also set them up as being very important.

Such monetary acrobatics aside, the analytical deficit which characterises such classification is seriously problematic. The so-called middle class appears to be a “muddling class”. Rigorously explored differentiation remained largely absent – not to mention any substantial class analysis. Professional activities, social status, cultural, ethnic or religious affinities or lifestyle as well as political orientations were hardly (if at all) considered.

But lived experiences matter if one is in search of how to define a middle class as an array of collective identities. Such necessary debate has in the meantime arrived in African studies. And the claim to ownership is also reflected in a just published volume that documents the need to deconstruct the mystification of the middle class being declared as the torchbearers of progress and development.

As alerted in a paper by UNU-WIDER, a new middle class as a meaningful social actor does require a collective identity in pursuance of common interests. Once upon a time this was called class-consciousness, based on a “class in itself” while acting as a “class for itself”. After all, which “middle” is occupied by an African “middle class”, if this is not positioned also in terms of class awareness and behaviour?

Politically such middle classes seem not as democratic as many of those singing their praises assume. Middle classes have shown ambiguities – ranging from politically progressive engagement to a status-quo oriented, conservative approach to policies (if being political at all). African realities are not different.

In South Africa, the only consistency of the black middle class in historical perspective is its political inconsistency, as political scientist Roger Southall has suggested. They are no more likely to hold democratic values than other black South Africans. In fact, they are more likely to want government to secure higher order needs such as proper service delivery, infrastructure and rule of law according to their living circumstances rather than basic, survival needs.

It remains dubious that middle classes in Africa by their sheer existence promote economic growth. Their increase was mainly a limited result of the trickle down effects of the resource-based economic growth rates during the first decade of the 21st century since then in decline. This had hardly economic potential stimulating productive investment that contributes towards sustainable economic growth.

There’s also little evidence of any correlation between economic growth and social progress, as a working paper of the IMF concludes. While during the “fat years” the poor partly became a little less poor, the rich got much richer. Even the African Development Bank admits that the income discrepancies as measured by the Gini-coefficient have increased, while six among the 10 most unequal countries in the world are in Africa.

Nancy Birdsall, president emeritus of the Centre for Global Development, is among the most prominent advocates and protagonists of the middle class. She argues in support of a middle class rather than a pro-poor developmental orientation. But even she concedes that a sensible political economy analysis needs to differentiate between the rich with political leverage and the rest.

She remains nevertheless adamant that the middle class is an ingredient for good governance. This is based on her assumption that continued economic growth reduces inequalities. She further hypothesises that a growing middle class has a greater interest in an accountable government and supports a social contract, which taxes it as an investment into collective public goods to the benefit of also the poor.

Time to lift the ideological haze

It remains necessary to put the record straight and lift the ideological haze. Already the United Nations Development Programme’s Human Development 2013 report, which also promoted the middle class hype, predicted that 80% of middle classes would come from the global South by 2030, but only 2% from sub-Saharan Africa.

Recent assessments claim that it’s not the middle of African societies which expands, but the lower and higher social groups.

According to a report by the Pew Research Centre only a few African countries had a meaningful increase of those in the middle-income category.

And the Economist, which earlier shifted its doomsday visions of a “Hopeless Continent” towards “Africa Rising” and the “Continent of Hope”, now concludes that Africans are mainly rich or poor but not middle class.

Fortunately, the debate has created sufficient awareness among scholars to explore the fact and fiction of the assumed transformative power of a middle class. This also includes the need to be sensitive towards ideological smokescreens which try to make us believe that a middle class is the cure. In reality, little has changed when it comes to leverage and control over social and political affairs.

Cambridge economist Göran Therborn stresses that discourse on class is always of social relevance. The boom of the middle class debate is therefore a remarkable symptom of our decade. Social class will remain a category of central importance, and bringing the class back in can do no harm.

Henning Melber is an extraordinary professor for the Department of Political Sciences at the University of Pretoria, and is the author of The Rise of Africa’s Middle Class. This article was originally published by The Conversation.