Companies looking to enter Africa’s financial services space need to move quickly as the window of opportunity is rapidly closing. 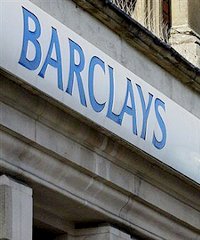 Barclays has made a number of investments in Africa's financial services space.

In a report titled At the tipping point: African financial services come of age, consulting firm Accenture notes that due to growing income levels, many Africans are embracing financial services. However, once consumers have access to a particular bank or insurer, they are not likely to switch easily.

“So companies that hang back now may find that the early movers have already gained an unassailable lead at a defining moment,” says Accenture. “Decisions that companies make now with regard to Africa will shape their future ability to participate in the continent’s rapid expansion over the coming years.”

The report says that many African and international banks and financial services firms are already positioning themselves to capitalise on the continent’s underserved markets.

In recent years there has been considerable merger and acquisition activity in the financial services area. To name a few: Barclays has bought stakes in South Africa’s Absa bank and Nile Bank in Uganda; the Industrial and Commercial Bank of China (ICBC) acquired a 20% share in South Africa-based Standard Bank; and Portugal’s Banco Espírito Santo bought 25.1% of Mozambique’s Moza Banco. “Soon there will be fewer . . . companies to buy,” says Accenture.

Many lenders have also secured partnerships with mobile network operators to develop their mobile banking capabilities. “Telecom providers typically establish close partnerships with only a few selected banks, so their dance cards could soon be filled.”

Accenture has developed a Tipping Point Index, which ranks the maturity and attractiveness of Africa’s financial markets. Key factors such as financial infrastructure, consumer financial services and economic development have been used to segment African countries into four distinct groups.