Agriculture can be responsible for significant job creation in Africa. 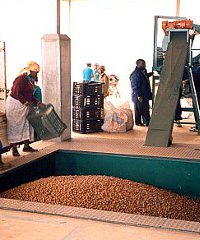 This according to a new report by the McKinsey Global Institute, entitled Africa at work: Job creation and inclusive growth.

The report notes that as countries develop, both the share and number of jobs in agriculture generally decline. Africa, with its vast tracts of arable land and conducive climate can, however, defy this trend.

From 1960 to 2008 Thailand managed to grow the number of stable jobs in agriculture from 519,000 to almost three million. This was “the result of a continuous expansion of farming onto previously uncultivated land and a focus on labour-intensive crops such as rice”.

“At current projections for agricultural GDP in Africa, we estimate that the continent will create eight million wage-paying jobs in agriculture by 2020. However, that could be increased by a further six million if Africa were to accelerate development of the sector; this would be equivalent to an additional 3.1% growth in value added per annum,” says McKinsey.

The report highlights three ways how agriculture can lead to the creation of stable jobs on the continent.

The first opportunity is to expand commercial farming onto arable land that is currently not in use. It is estimated that the continent has 60% of the world’s uncultivated arable land, nearly 600 million hectares.

However, McKinsey notes that to achieve this would require the continent to “formulate new policies on land rights, integrated water management, access to inputs and finance, distribution infrastructure, and trade policies”.

Another opportunity is to move agricultural production toward more labour-intensive crops.

According to the report, staple foods such as grains, soya beans and sorghum employ between ten and 50 people per 1,000 hectares. However, horticultural products are much more labour intensive – growing 1,000 hectares of olives or oranges requires 300 and 800 people respectively. Palm oil and rubber also employ a high number of workers.

“Shifting to such crops can increase wage-paying employment in rural areas and create sources of export earnings for countries. In this shift, countries must also be careful to ensure their continued domestic food security,” says McKinsey.

Africa’s share of global value-added manufacturing is only slightly over 1%. In most African countries, manufacturing has stagnated or declined over the past decade.

Reviving the continent’s manufacturing sector can create millions of additional jobs. McKinsey says that countries with large agricultural sectors should focus on developing their agro-processing industries.

More than 50% of Africa’s manufacturing jobs are currently in industries related to agricultural products, such as food and beverages, textiles, leather goods and wood products.

“Although wages in agriculture-related manufacturing are only 60% to 80% of those found in other manufacturing sub-sectors, they would still be considerably higher than the subsistence-level incomes earned today by many African farmers,” notes the report.