While countries such as South Africa, Kenya and Tanzania have had strong tourism sectors for many years, there are also a number of new contenders looking to position themselves as the continent’s tourism hotspots.

Research firm Euromonitor International recently identified some African countries that are likely to see strong growth in tourism, and could possibly be lucrative destinations for investors in the tourism industry. We take a look at Rwanda, Sierra Leone and Tanzania. 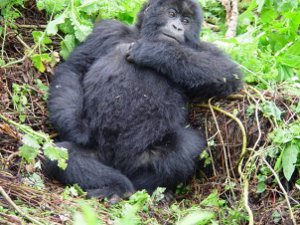 Rwanda's mountain gorillas is one of the country's most popular tourist attractions.

The small but densely populated East African country of Rwanda is emerging as a well-known destination on the world tourism map. According to Euromonitor, Rwanda recorded a 3% increase of inbound tourists in 2011 to reach 723,000.

One of the country’s most popular attractions is its mountain gorillas. Rwanda is, however, trying to diversify its tourism offering, for example through the 150 metre high canopy walkway, the Congo Nile Trail and bird watching routes. Last year How we made it in Africa also reported about the Iby’Iwacu Cultural Village, a community owned and operated “cultural village”, run by ex-poachers, that replicates traditional tribal life in Rwanda.

Through its ‘Look East Policy’ the Rwandan government aims to attract more tourists from East Asia. “This will help to increase the number of tourism arrivals and subsequently boost incoming tourism receipts in the future,” says Euromonitor.

The growth of the country’s national flag carrier RwandAir is also impacting positively on the tourism industry. Over the last few years the airline has grown into one of the major players in the regional air transportation industry. RwandAir currently operates routes within the continent and to the Middle East. It has recently expanded its fleet size by acquiring two Boeing 737-800s, making it one of the first African airlines to own and operate Boeing’s new next-generation aircraft.

According to Euromonitor, Rwanda is also ready to implement the East African Community single tourist visa, which will allow tourists to travel freely across the region.