Please give us a brief overview of Westminster Safaris

Westminster Safaris was started 25 years ago by my father who has now sadly passed away. The primary business was organising and personally guiding luxury safaris throughout Kenya, utilising Westminster’s mobile camps. The clientele was mostly from the USA although we have taken many different nationalities on safari. Whilst the company performed well, my father was not interested in expanding to a stage where he lost the “personal feel” of the business. By the time my father passed away in 2006, the company had slowed down due to his ongoing and finally fatal illness. 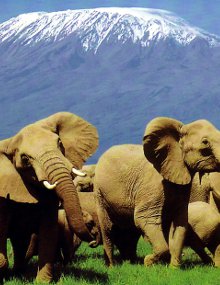 While the image abroad was good due to my father’s larger-than-life colourful character, marketing activities had been winding down. We then negotiated a contract and I bought Westminster Safaris from my mother in 2007. Since then we added “Africa” to our name, making it Westminster Safaris Africa. We now assist in organising trips throughout Africa, for example Tanzania, Rwanda, Zambia and even the Democratic Republic of Congo recently.

How did the 2008 post-election violence in Kenya affect the tourism industry?

The year 2007 was definitely the benchmark in tourism for many operators, including ourselves. We posted good results on mainly our luxury mobile safaris which offer a highly personalised private experience for the discerning guest. However, in 2008 everything went downhill and by February 2008, we were looking at predictions of about 20% of what we had made the previous year.

Tourism was terribly affected countrywide and this took a toll on the company at this time. I had not finished paying off my mother and we negotiated a deal where I sold her shares in a lodge I had invested in to offset the payment for Westminster. This took me out of debt and meant I could concentrate on pumping up the company and bringing in much needed business.

What was your strategy to improve earnings after tourist arrival numbers in the Kenya dwindled?

Conventional tourism involving overseas guests was affected and so we had to find alternatives. We then tendered for a variety of camps for corporate events, team building and film shootings. This was aimed at the local market and other markets not so badly affected by the downturn. Although this was short term strategy to wade us through 2008, we found it to be so successful that we still undertake the same activities to compliment our luxury tourist safaris and mobile camps.

The effects of the post-election violence opened up new opportunities for us. In fact 2009 was the best year on Westminster’s records due to this strategy. Every great entrepreneur knows that there is an opportunity behind every good and bad thing that happens to us, the key is knowing where to look.

The construction of illegal lodges has been ongoing at the Maasai Mara. What is your take on this comparing your first memories of the Mara and what it is like today?

The Maasai Mara has the potential to be the jewel in Kenya’s crown in terms of tourism. The fact that it has been recognised internationally as the eighth wonder of the world is proof enough. Unfortunately the ongoing destruction of the Mara due to unplanned development and corrupt management practices epitomises everything that is wrong with tourism in Kenya. It is down to human greed in its most simple terms, greed of the tourism developer and greed of the landowner.

My earliest memories of the Mara was that of a game reserve with large amounts of wildlife in every direction, very few vehicles, big open spaces, more freedom and less regulations. Today, whilst still prolific, wildlife numbers are down; so many vehicles can be seen within the Mara and surrounding group ranches; the population of the Maasai community within the Mara ecosystem has grown tremendously; and yes, many lodges and camps have been constructed, legally and illegally. Unfortunately all these are a threat to the Mara as a whole.

In your opinion, what should have been done to avoid this and what can be done today to protect the Maasai Mara?

There is no point looking back and blaming anyone as that will not assist. The key is ensuring that properly thought out management plans are drafted with all relevant stakeholders. These must then be implemented and maintained. This has to be done quickly as the number of lodges/camps in the Mara increases by the month. There is, however, a need for a certain number of tourism developments as tourism and environmental conservation are intertwined. There is no place for tourism without conservation, as there will be nothing to see, and there is no way conservation can exist in the long term without tourism, as there will be no money for conservation.

The destruction of the Mara, Samburu and Amboseli national reserves is an indication of what happens when uncontrolled tourism development is allowed. Once the management plan is in place, we will need to look at the “greater” picture to ensure long term continuity of the Mara ecosystem. This involves firstly, protecting the source of the Mara River which is the Mau Forest. The river is the lifeline of the Mara and Serengeti ecosystems. Secondly, surrounding group ranches and conservancies which play host to a huge number of wildlife needs to be formally protected from development, mainly agricultural. Thirdly, no more tourism accommodations should be developed and the official controlling bodies need to be strict about this. This last point requires corruption to be stamped out.

According to Vision 2030, Kenya’s economic development plan, the tourism sector should record three million tourists annually by 2012. Do you think we have enough accommodation facilities and proper infrastructure to accommodate all these tourists?

Yes, I think we have enough facilities if we counted annual available bed nights; the problem with our sector is that it is sustained by seasonal tourism. This is such that during the wildebeest migration and school holidays, we have huge numbers of tourists visiting the country which fills up all of the Mara’s 4,000-odd available bed nights. After the high season, it then quiets down [significantly]. The same happens with the beach tourists who come for holidays when it is hot and sunny.

What we need to do is to promote other forms of tourism such as Obama tourism, golf and conference tourism, cultural tourism, sport tourism, fishing tourism, etc. There is more to Kenya than just the beach and the safari. This way we will have tourists throughout the year and our facilities will be able to sustain the numbers.

What about the fact that many tourists have complained about Kenya’s poor transport infrastructure?

It is true that we need to improve our infrastructure as a whole to open up more areas to tourism. If the only option to access a site is by flying then that automatically locks out low and middle income tourists. As much as we need infrastructure, it is important that we should invest in intelligent infrastructure, in ideas that are sustainable and logical.

Despite the many breathtaking sites and sandy beaches in Kenya, very few Kenyans tour their own country. The figures of local tourism are a drop in the ocean compared to the over one million international tourists that visit Kenya annually.

Local tourism has always been much lower, although, I think the figures are improving now. Those companies that were flexible enough over the 2008 crisis to incorporate local tourism into their activities were the one’s that really benefitted.

Local tourism potential is directly proportional to the emerging middle class families in Kenya and the middles class is booming. A lot of Kenyans have an interest to visit their country, unfortunately the costs are way too high, especially accommodation and transport with poor infrastructure.