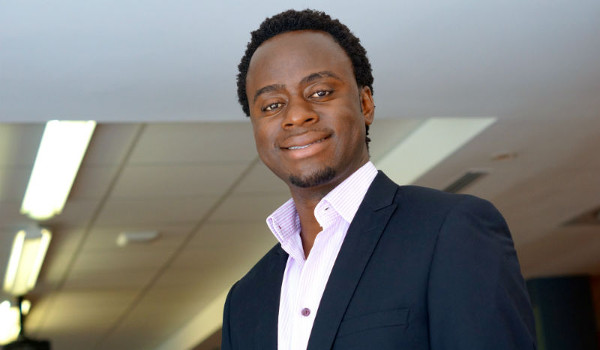 Sandras Phiri is the MD and founder of the South African-based Africa Trust Academy, a coaching and consulting company that focuses on financial education, executive leadership coaching and entrepreneurship development.

When I lost two of my biggest clients who brought in 80% of the revenue. This happened at the same time but for different reasons. This highlighted the risk of being almost 100% dependent on one or two customers. To overcome it, I had to put every effort into sales to expand our client base.

Having Africa Trust Academy successfully operate in South Africa and Zambia, and my work taking me to more than 21 countries. I’m also proud to lead Startup Grind South Africa and continuing to offer inspiration and education to startups and individuals.

Going with the first option and not weighing all other options. I generally hire too quickly or say yes too fast, which has cost the company money and time. To prevent this from negatively impacting the company, I now run all big decisions by another director or, at least, one advisor. This gives me the needed feedback and time, at least, to weigh all options or to process.

I wish I knew the different phases of a startup early on and not try to skip stages only to start back at one. One model that’s been a great eye-opener that I learned from American entrepreneur Gabriel Luna-Ostaseski, for instance, has four phases namely: incubation, validation, upshift and scale. This model shows that you can’t scale a business that is not well validated and that doesn’t have a repeatable and predictable method of acquiring and servicing customers.

6. Name a business opportunity you would still like to pursue.

I believe a profit-making idea that is still not fully tapped is online freelancing as individuals or as dev shops. There is a skill shortage of developers in the world and more so in the developed nations. Many African countries have high unemployment because the local industries cannot absorb the number of graduates coming out of tertiary institutions.

This way, individuals can source international work and not depend on local markets. Entrepreneurs can set up dev shops by putting together developers with different levels of competence and specialisation and having project managers and sales people to source work.

The focus should be global and not local. India is doing this well, with many developers sourcing international work through various freelancing websites such as Upwork and the usebraintrust.com. The internet is making the playing field more level.

To make it in this global freelancing and outsourcing space, Africans need to be super responsive and relentless because when a job is posted online it’s seen by thousands of people in a few minutes and you have to compete and get rated for your service. This is a great thing as it rewards great work and service but it also punishes lazy or shoddy workers. African freelancers and dev shops can serve European customers as time zone, language and cost barriers are not major concerns between the two continents.

‘The journey so far’ series is edited by Wilhelmina Maboja, with copy editing by Xolisa Phillip, and content production by Justin Probyn and Nelly Murungi.