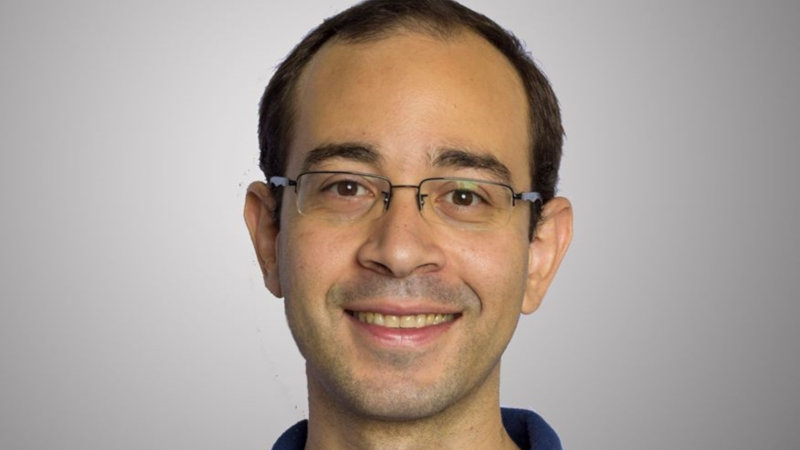 Ameer Sherif is the CEO of BasharSoft, a company that runs Wuzzuf and Forasna, Egypt’s job vacancies and careers websites.

Back in January 2011, we made our first product launch, days before Egypt’s revolution.

[The] internet was cut off for almost three weeks, funding from our government incubator was disrupted and many businesses suspended their hiring for months due to the instability. [This was] not lucky timing to launch an online jobs marketplace.

Since then, Egypt went through years of political and economic instability. Local funding was scarce and regional investors were sceptical of investing in Egypt. We were out of funding. [There were also] … no clients or users to help us iterate on and improve our newly launched platform.

At times, we didn’t even have enough cash for office rent and had to change offices five times in two years. We borrowed money from family and friends, and went deep in debt with no success generating revenue to cover us.

We did some custom software solutions on the side to buy time. We were seriously considering closing down the business multiple times in 2011 and 2012. I went interviewing for a role in a big four management consulting firm in Dubai in late 2012, but didn’t pass the final interview.

Despite the lack of funding, accumulation of debt and social pressure to move on, our small team managed to bootstrap with minimal resources to iterate on improving our platform in the hope of getting Wuzzuf to product-market fit.

We were sure we’re solving a problem: job matching and unemployment in a country with a population of 100 million people. Companies were still using printed newspapers and classifieds for job postings, which was inefficient. But the revolution actually had a positive side, internet penetration grew rapidly.

[The] … initial team was determined to carry on. [In] mid-2013, we reached ramen profitability, US$10,000 of revenue per month, barely enough to cover our small salaries and expenses for a team of seven.

It’s only then I considered searching for global investors since I failed at fundraising from 100 local or regional investors I had pitched to [in] … three years. I searched online and found a Silicon Valley fund, 500 Startups, that started investing in early stage startups globally. I applied for their accelerator programme online and got the usual rejection.

In late 2013, Con O’Donnell convinced me to travel to Jordan for a pitch event. O’Donnell was one of the early entrepreneurs who had a successful exit locally. He had started advising me. I was tired of pitching, but he insisted that I go.

On a trip that lasted three hours in Jordan, I went and pitched to some US investors who were on a Geeks on a Plane tour. Dave McClure, the founder of 500 Startups, happened to be there. We had a long discussion trying to convince him to make his first investment in Egypt. Two months later, we were the first startup based in Egypt, and probably only the second in Africa, to join 500 Startups’ Silicon Valley accelerator.

Back home, O’Donnell and Tarek Fahim, one of Egypt’s earliest and now most prominent tech venture capitalists, joined as angel investors so I could afford the trip to Silicon Valley. I didn’t have cash to cover the plane ticket and accommodation in San Francisco.

When I got the first $50,000 ticket from 500 Startups in mid-2014, we paid back our loans and ended a four-year chapter of funding drought, bootstrapping and cash struggles.

The impact we’ve … [made] through BasharSoft, which now manages Wuzzuf and Forasna, Egypt’s leading job sites for white- and blue-collar jobseekers respectively. Since starting, we’ve helped more than 40,000 companies advertise two million vacancies and hire an estimated 500,000 people in Egypt.

We’re proud of inspiring and supporting other founders, and helping grow the startup ecosystem in Egypt. We were one of the early pioneers in Egypt’s tech ecosystem. In 2009, back when we started, words like entrepreneurship and startup ecosystem were almost nonexistent.

We helped push Egypt on the global tech investment map by being the first startup in … [the country] to get investment from globally renowned venture capitalists like 500 Startups (US), Vostok New Ventures (Sweden), Piton Capital and Kingsway Capital (UK), Endure Capital (US/EG), and the European Bank for Reconstruction and Development.

For all those venture capitalists, we were their first tech investment in Egypt and, for some, the first in Africa and the Middle East. Since then, these global investors made [more than] 150 investments in the region totalling more than $100 million.

We raised $8 million, making us one of the top-funded and fastest-growing startups in Egypt and the region. Now … [we have] 300 employees and [have] grown 40-fold since 2014.

We’re also proud to have helped local events like the RiseUp Summit gain momentum since 2013. It is now almost the largest annual startup event … [in] Africa and the Middle East.

Other things I’m proud of include the purpose- and impact-driven culture we’ve built at the company, and our perseverance. We’ve been recognised for our impact by being selected to join the global Endeavor network. [I have also been] … selected as a Global Young Leader by the World Economic Forum.

Before starting the business almost 10 years ago, I already had high attention to detail. Through … [the] tough years, people tell me I’ve become more obsessed with details: product details, operational, financial and, even, tiny details in the office. [That is] probably because we stayed small for so many years and everyone had to [perform] … so many roles for [a] long time.

It took me executive coaching sessions, organisational development consultants and surrounding myself with people who push for faster execution to build organisational capacity, and have me get less involved in all the tiny details as the organisation grows. It’s an ongoing process, and I’m getting better at it.

That the only way to grow in tech is founders need to fundraise and grow at crazy speeds to succeed. While speed is important and cash is king, extremes are usually not the best option. Organisations need time to develop in a healthy way.

Taking steroids is usually not sustainable nor healthy. Recent global initial public offering stories are starting to tell. I’d rather be building a company that endures for years with a good working environment than aiming for a quick exit.

At the end of the day, there are many important decisions entrepreneurs make. Some require difficult compromises between speed of growth vs long-term business viability and internal environment. It’s a difficult balance.

I didn’t know how hard the entrepreneurship journey can be. It’s full of extreme ups and downs, stress, tears, burnout and, sometimes, even depression. The Hard Thing About Hard Things by Ben Horowitz is one of the books that best describes the challenge.

But maybe I’m lucky I didn’t know how hard it would be, otherwise I would have thought twice.

Then again, I love the impact we ended up … [making] and hope to grow it even more across emerging markets in Africa and the Middle East.

I make sure I include a “difficulty disclaimer” whenever I’m advising upcoming and early stage entrepreneurs. May they have enough luck to survive the tough times, like I did. Yes, despite this tough journey, I was lucky.

Good luck to all the entrepreneurs building great businesses across Africa.