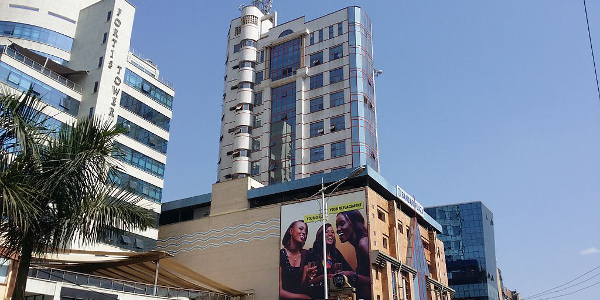 As the Kenyan government slowly re-opens the economy, the key questions for our industry are how has the outbreak of the pandemic impacted the local commercial property market and what will be the long term effect?

Following the government’s directive in March banning public gatherings, many tenancies such as cinemas, kids’ play area and other leisure tenants have been closed. Sit-down restaurants are now operational but have to take into account social distancing requirements. By contrast, supermarkets, grocery butchery and fast food outlets have been thriving in business. Consumers now have the option of online shopping from various outlets.

Non-essential tenants have initiated discussions with their respective landlords on rent waivers or discounts and an extension on rent-free months. Property managers are now at task to minimise operational costs so as to contain outgoings to be balanced against the resulting limited income.

Tenants’ gross sales and footfall traffic within their individual stores/premises have declined due to the consumers avoiding crowded areas such as mall, retail and shopping centres as a result of social distancing directives. With a slowing economy and employment levels under pressure, the resulting economic constraints have shifted consumer spending away from impulse expenditure and luxury purchases, and towards a focus on essential items, most especially food.

In terms of rent concession, reductions and holidays, there has been no single basic formula applied by landlords. Rather, each and every landlord is dealing with their individual tenants on a case-to-case basis. In some cases, for example, landlords are requesting turnover sales figures in order to review a tenant’s performance/trading densities during the pandemic in order to grant rent concessions based on this information. Generally, new retailers have extended fit-out, while existing tenants are negotiating rent concessions, however, in almost all cases service charges are still required to be paid in full.

Consumer behaviours are clearly being forced to change, which will result in a very different demand profile for property going forward. For example, retailers will need to invest in online and delivery capability, which will in turn fuel growth in the logistics sector. We expect to see more retailers taking a hybrid approach to expansion and market entry going forward, by combining online platforms and delivery channels with a smaller traditional “bricks and mortar” footprint. We are also moving towards more community-focused retail, where centres will fulfil multiple social roles for the areas that they serve.

As one of the hardest-hit segments, food and beverage outlets (especially sit down restaurants) have often been extended lengthy concessions ranging between 50% – 100%, even after the government directive to allow these outlets to open and continue trading as long as they maintain social distancing within their premises. By contrast, supermarkets/ hypermarkets have been given little to none rent concessions as they have been considered as essential services. The range is usually between 0% and 10%. Telecommunication brands have generally seen rent concession ranging between 12.5% and 20%.

The impact of the pandemic has not been so severe on the industrial sector with the warehousing market continuing to be buoyant. There has been an increased interest for short term storage especially for medical facilities and goods with manufactures of medical and PPE related items thriving. However, with the closure of international trades, cargo movement has slowed down, but the opening of air travel bodes well for increased cargo movement between the country and the rest of the world. The sector still experiences enquiries from various users who are planning to take up occupancy in the next six months.

There were no clear guidelines by the government on workplace protocols – in fact, there have been no restrictions on the private sector on working in the offices. The mandate on safety and guidelines is, therefore, the responsibility of companies to enforce social distancing and hygiene.

Many office inquiries have been put on hold as companies are now reviewing their space requirements, taking into consideration social distancing and ability to work from home. Heating ventilation and air conditioning (HVAC) has become an important requirement as tenants now require controlled air circulation. Some rent concessions for both existing and new tenants for three months have been granted in some instances, while landlords are offering longer rent-free periods of between two and six months depending on the space occupied. They also offer tenants the option of early termination after a period of three years.

However, the lockdown has revealed to both employers and employees on how effective remote working can be. Saying this, employees also noted the value of social interaction workplaces create. These trends will play a role in an employer’s decisions on the nature and format of office space. The outbreak of the pandemic will result in a change in the way office space is utilised.

Although the need for social distancing will change the way space is utilised in a building, it is not expected that any increase from these measures will offset the total reduction as more employees change the way they work and the location from which they work. When assessing their real estate portfolios, we expect that corporates will shift their thinking from a ‘total cost of occupation’ model to a ‘total cost of production’ model, which takes into account multiple types of work. We also have to bear in mind that the overall expectation of reduced space requirements may well play out in phases, due to the rigidity of some traditional leases.

Over the last decade, there has been an increased demand for co-working offices from both local and international office space users. This has resulted in most of the operators focusing their business strategy to cater to the higher end of quality in terms of offering and location. With the ongoing travel restrictions, however, we have seen that the immediate demand for shared workspaces has shifted from international to local users, especially those requiring smaller spaces.

In the short term, the relative flexibility of shared workspace licenses may lead to an initial reduction in occupation, as this space is the first option to exit for some companies due to the statutory requirement of fixed minimum lease terms in Kenya. In the longer term, however, it is anticipated that the interest for shared workspaces may rise, as tenants occupying shell and core spaces may downsize in favour of more flexible space options.

The future may be uncertain, but for most, there is optimism in rethinking the way we grow business.

This article was first published by the REITS Association of Kenya. It has been edited slightly.