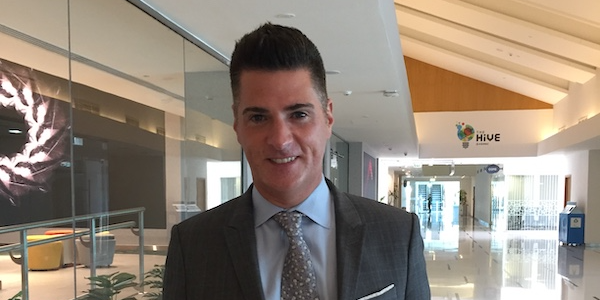 There is a revolution looming and the future for Africa’s workforce is one of two very different possibilities. This revolution could provide profitable opportunities for early-adopter entrepreneurs who join the collaborative effort to change the world’s current labour force into one that is relevant and adequately skilled. Or it could leave the approximately 830 million youth of Africa (the predicted number by 2050 according to United Nations Development Programme) in the digital dark – part of a new excluded and disadvantaged non-digital cohort in the future of work.

Last week Børge Brende, president of the World Economic Forum, stated on the WEF website that the world urgently needs a “reskilling revolution”. He referenced the WEF’s 2018 Future of Jobs Report, which states that 75 million jobs are expected to be displaced by 2022 in 20 major economies due to the Fourth Industrial Revolution and the advent of Globalisation 4.0.

For example, Brende wrote, it will cost approximately US$35 billion to reskill the 95% at-risk workers in the United States alone. “Yet the private sector could today only profitably reskill about 25% of those workers, suggesting a need for business collaboration, government investment and public-private collaboration to lower costs and reach scale,” he says.

It is, however, not only the reskilling of the current labour force that needs immediate attention – the world also has to focus its efforts on bestowing the correct skills on the youth of today for them to thrive in a world where current buzz words like artificial intelligence (AI), blockchain, quantum computing, mixed reality and the internet of things are likely to already have found their place in history books.

To ensure that children on the continent have the right skills for those jobs that don’t yet exist, there is a need for teachers qualified and capable of preparing creative and collaborative critical thinkers who know how to communicate, be conscious citizens and show the necessary character to overcome global problems with the help of digital solutions.

“I think this is the biggest paradigm shift. We are moving from a foundational economy … where people moved to where the jobs are to an economic reality where jobs will find people. And people are a natural resource that every country has,” says Anthony Salcito, vice president of worldwide education at Microsoft.

Salcito highlighted the importance of these six Cs (collaboration, citizenship, communication, character, creativity and critical thinking) in his keynote speech at the 2019 BettMEA conference that was held in Abu Dhabi in the UAE on the 22nd and 23rd of May this year. Bett is a well-known education-technology conference that takes place in different regions of the world.

The Africa Growth Initiative at Brookings Institute released statistics in its annual Foresight Africa publication that shows sub-Saharan Africa’s working-age population is growing rapidly and will continue to expand through to 2050. On average, it states, the region’s workforce will grow by 14% every five years, with the growth rate slowing down closer to 2050.

And unless this workforce is already, or very soon, being prepared to function in a world where 85% of the jobs that will exist in 2030 haven’t been invented yet (a prediction from California-based think tank the Institute for the Future – the IFTF), it is going to be significant crisis. In a recent study authored by the IFTF and published by Dell Technologies, 56% of the global expert respondents in the study agreed that schools need to teach students how to learn rather than imparting knowledge for existing jobs.

Microsoft Education, the dedicated education arm of the technology company, focuses its energy on supporting teachers and institutions to prepare for this world where continuous learning becomes constant learning.

“We have this notion of life-long learning, thinking about my learning journey as not one that ends when I graduate university, but continues. It continues not only as I grow as a leader and as I learn from others, but I am connected to my education systems,” says Salcito. “Universities around the world are changing from handing out diplomas and saying goodbye to students, to handing them a digital passport and saying hello to a different type of student.”

In Africa there are entrepreneurs in the edtech space that have seized the opportunities that this necessary education realignment has created. At BettMEA, one South African company, Computers4Kids, showcased the lesson plans and learning material they develop in partnership with Microsoft Education as part of the company’s offering under Minecraft Education Edition.

Other examples include M-Shule of Kenya (with Claire Mongeau, CEO, and Julie Otieno, CTO, at the helm) that delivers personalised, accessible education to primary school students across Africa and Clock Education from Nigerian entrepreneur Kolawole Olajide.

With seemingly endless ways to move towards a new world of learning and skills, most developing countries’ education departments and ministries still find themselves struggling to catch up with what they believe is the benchmark.

“I believe many countries have been in the mindset where they are trying to catch up with the developed world. That is a mistake. They have to leapfrog. The thing you have to recognise is, there is no limitation on talent. There is no reason why the students in every country in the world don’t have the right … to be great, or change-makers or leaders,” Salcito said. “That talent exists. We just have to give opportunity.”