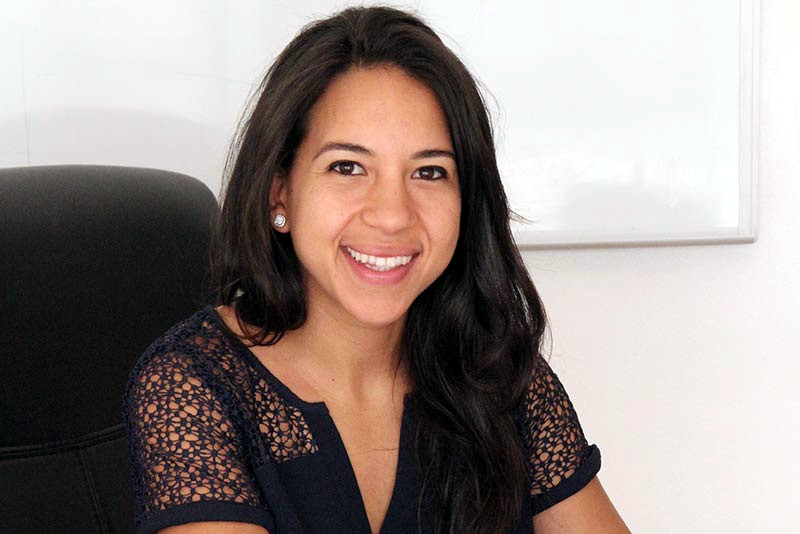 Growing up in Morocco, Niama El Bassunie observed the many highs and lows her parents experienced as they ran the business they started 45 years ago – an enterprise she was always expected to join. But even as her siblings were signing on, she was eyeing an opportunity to help small businesses in Africa use the internet to securely buy and sell goods online. She envisioned a pan-African digital marketplace as varied and vibrant as the kiosks, boutiques, and shops scattered throughout Benin, Burkina Faso, Côte d’Ivoire, Morocco, and Togo.

In 2016, she and her co-founders created WaystoCap, a unified platform for businesses to buy and sell goods starting in those five African countries, with a plan to expand into more nations over the upcoming years. The technology-driven platform now sells Kente fabric, diapers, argan oil, rice, and hundreds of other products fast and securely. Thousands of buyers and suppliers have signed up.

El Bassunie thinks of WaystoCap as “a platform as well as a community – an ecosystem that not only facilitates trade in Africa but also fosters trade,” she explains. “Commerce is and will be the major driver of growth in Africa. It is only by giving small and mid-sized businesses access to commerce and tools that these businesses can develop and grow.”

Intra-African trade is crucial to helping African countries expand their economies, reduce poverty, and create jobs, and businesses can also benefit from expanded access to markets. According to the United Nations Conference on Trade and Development, intra-African exports were 16.6% of total exports in 2017, compared with 68.1% in Europe, 59.4% in Asia, and 55% in America.

Investors around the world have backed WaystoCap in its efforts to expand trade in Africa. Y Combinator believed in El Bassunie’s potential, too: its leaders chose her for its accelerator programme, and she became the first Moroccan start-up CEO to graduate and put its lessons to work. She didn’t stop there. In 2018, WaystoCap became the first North African startup to be recognised as a Technology Pioneer by the World Economic Forum.

But like the winding highways that connect the five African countries in which WaystoCap operates, El Bassunie’s journey to becoming a tech founder took many twists. “There was no specific moment of ‘Oh, I want to be an entrepreneur.’ It was simply an evolution of events,” she said.

Early on in her career, she sought out work in an established company, and logged long hours at PwC’s London office. That laid the foundation she would build on in setting up her own business, but nothing could have prepared her for the emotional roller coaster that defines a startup. “There are some extremely difficult moments where you must make tough decisions about your team and the business,” she said. “The most important thing is having that grit and perseverance to stick to it in the lowest lows, and reminding yourself not to quit.”

Her experience served her and the company well as WaystoCap has expanded in response to clients’ needs. “As we dig deeper into business, we see further inefficiencies, new opportunities, and infrastructural challenges that need to be solved,” El Bassunie said. To tackle those inefficiencies, WaystoCap now offers services such as insurance to suppliers, financing to buyers, and logistics management.

The company’s next mission is to reach more African countries. “The [African] market is full of prospects,” she said. “Africa is a vast continent with lots of room for many players to tackle different types of opportunities. One must keep persevering and pushing until you get to where you want to get to.”