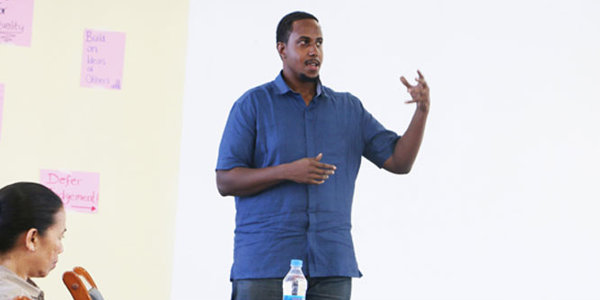 Within two years of starting his business, Fahad Awadh had been named one of 30 entrepreneurs to watch in Africa by Forbes magazine, and also received a US$500,000 grant from the Africa Enterprise Challenge Fund.

Awadh is the founder of YYTZ Agro-Processing, a cashew production company that focuses on exporting high-quality nuts from Tanzania, while working closely with local farmers to ensure they are sufficiently included in the value chain.

In 2014, Awadh began looking for a business venture he could invest in – something that entailed value addition in Tanzania.

“I was looking for something with export demand and I came across cashew by looking at what Tanzania produces a lot of, that is exported and valuable,” says Awadh, whose first major entrepreneurial venture was a clothing business he founded with friends while studying at York University in Canada.

“I didn’t know much about cashew so I dug deep and found that while Tanzania is one of the largest cashew producing countries in the world, about 90% of its cashews are exported in its raw form to India and Vietnam where they are processed and re-exported to developed markets. That really stood out for me.”

To understand the ins and outs of the industry, Awadh left Canada for Tanzania to conduct research on cashew production.

“I visited cashew farmers and regulatory authorities because I needed to understand the domestic market supply and the global trade of cashew,” he says.

Awadh also travelled to Vietnam, one of the largest cashew exporters in the world. Here he visited manufacturers of processing equipment and the factory of a reputable cashew producer. These visits exposed him to global best practices, which he later implemented in his own business. 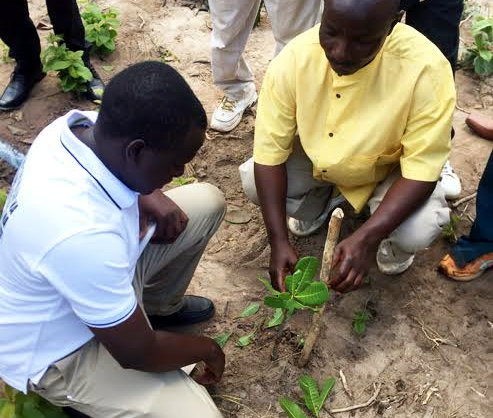 “Understanding the global market and what consumers want helped me make informed decisions about how I am going to process these cashews,” says Awadh. “I knew that if I was going to process in Tanzania, it needs to be mechanised, automated and efficient. I realised that if I want to be the best processor, I have to mechanise the process and operate at the highest standard by ensuring food safety and traceability and also give value to the farmer by ensuring that they are better off because of my business.”

Satisfied with the knowledge he had gathered, Awadh wrote a comprehensive business plan and began applying for loans from banks in Tanzania to help fund the processing equipment. Unfortunately, the default response to his applications was, “No, we don’t support new businesses”.

“There was also a development bank that I went to that was supposed to fund agricultural processing and things like this but we got a ‘no’,” Awadh recalls. “The banks were always on the negative because they were thinking it was impossible. They weren’t asking the right questions and months were passing.”

Awadh responded to rejection from the banks by further developing his idea. Realising he didn’t have specific customers for his product, he started cold emailing companies that import cashew, introducing himself and what he is trying to do.

“I wanted to get interest from them – to know if they would buy from me if I set up the cashew processing facility. I felt that if we could get the interest of a company, the banks would be convinced and they will take us seriously. Some companies responded, some didn’t. But there was a company that did. It’s a big company that has been in the cashew business for a long time.”

Once he got this company’s interest, Awadh proposed that they write a letter stating their intention to do business with him.

“I told them I need this because without it, the bank won’t fund my business. We had a good rapport and they wrote me the letter. I took it to the bank thinking that would give them the confidence, but time just kept going and they weren’t giving me an answer,” he explains.

To avoid delays, Awadh partnered with his father, a retired commercial pilot, to purchase the initial equipment to set up YYTZ on the island of Zanzibar (a semi-autonomous region of Tanzania), with the hope that once the banks see a factory set to launch into business, they will have more confidence to back him.

But while this struggle was going on, YYTZ achieved a major boost by winning a grant from the Africa Enterprise Challenge Fund in 2016, a year after Awadh registered the company.

“The funding gave us credibility. Now the same banks that were not interested when I had nothing but my idea are asking, ‘How can we come and see you?’,” says Awadh. “It just goes to show the kind of challenges we face as young entrepreneurs. We are trying to do something but there is no support. Things only change when they see that you have gotten something from the outside. It’s a bit sad, but I see it as an opportunity to shed light on it. I see it as an opportunity to encourage young people that it is possible if you don’t give up and you persevere.”

YYTZ is hoping to start operations at its Zanzibar facility this month. The processing involves shelling and steaming of the cashew kernels.

The company is also already building another facility in Mtwara (southern Tanzania) that will allow farmers to have access to storage facilities, an automatic shelling machine and steaming equipment that will enable them to remove shells from their own crop. This way the company can purchase the product at a higher price from the farmers.

“As at now, Tanzania’s cashew nuts go out to India and Vietnam as a raw product. By helping the farmers to add value to their crop, we are not only able to pay them more money and help them get more income, we will also be increasing the earnings of the country,” explains Awadh.

“It doesn’t affect the profit because it also helps me. If they (farmers) are not doing it, I have to hire someone for the job (processing) and there is cost involved.

“We see the farmers as important customers. You will find that in many countries like Tanzania, the farmers are often exploited and they don’t have anything to show for the work they have been doing. For us, we want to ensure that any business we are doing with farmers is able to increase their livelihood. That is important to us because without the farmers, there is no business.”

Awadh says Tanzania produces high-quality cashew but few people know this because it doesn’t process most of its crop.

“As Africans, we have to take ownership of our own product. We have to add value and we have to produce finished products. I want that value to stay in Africa. It is a problem that we have to solve.”