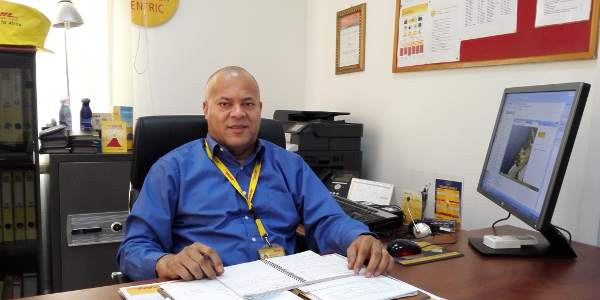 How we made it in Africa speaks to Gilbert Gomis, country manager of DHL Express in The Gambia, about the country’s economic prospects and business opportunities.

Describe your outlook for The Gambia’s economy over the coming five years.

The outlook for The Gambia’s economy is optimistic, with a recovery in agriculture and gains in tourism expected to support GDP growth. Real GDP is anticipated to grow by an average of about 5% from 2017 to 2021.

With a new government in power since January 2017, improvements are expected in human rights and the rule of law. This has resulted in pledges of support from the international community and assistance has started coming in. Investors have also started to exploit opportunities.

Which sectors do you believe offer untapped investment opportunities?

The Gambia has strong agricultural potential, especially in areas such as horticulture, floriculture and animal husbandry. Then there is tourism, which is already an established industry, but has plenty of scope for further development. The Gambia has exceptional beaches, sunshine and birdlife – and is often referred to as the ‘smiling coast of Africa’.

It is estimated that The Gambia has significant offshore oil and gas deposits, and a handful of companies are already exploring opportunities in the sector. Information and communication technology (ICT) is another potentially lucrative industry, especially in light of the new national policies geared towards deregulation, divestiture and opening up of this sector.

Highlight some of the challenges foreign investors can expect to encounter in The Gambia.

Which local business person do you admire?

Muhammed Jah. He started out by establishing a small IT equipment seller and service provider, and today he is the owner and CEO of telecommunications company QCell. He also has major interests in banking, a vehicle dealership and is about to bring the first private TV company to The Gambia.

In addition to the capital Banjul and the commercial hub Serrekunda, name one other important Gambian city that should be on the radar of businesspeople.

Farafenni. It is a transit point between The Gambia and Senegal, with a ferry crossing across the Gambia River used to transport goods between the two countries. There is heavy traffic of people and goods through this town. Work has already started on a new bridge that is being financed by the African Development Bank.

Tell us about some of the interesting things you’ve learned about The Gambia since working in the country.

The Gambia is a small society, and everyone seems to know everyone else. People are generally sympathetic towards each other.

Jufureh is a town about 30km inland on the north bank of the Gambia River. It became well known due to its appearance in Alex Haley’s 1976 novel Roots: The Saga of an American Family, as the birthplace of Haley’s ancestor.

By what time in the morning do you like to be at your desk? 7:45am

How do you relax? Watching TV, particularly football games.

Best book you’ve ever read? Good to Great: Why Some Companies Make the Leap… and Others Don’t by Jim C. Collins

Favourite quote? “The best executive is the one who has sense enough to pick good men to do what he wants done, and self-restraint enough to keep from meddling with them while they do it.” – Theodore Roosevelt[/box]