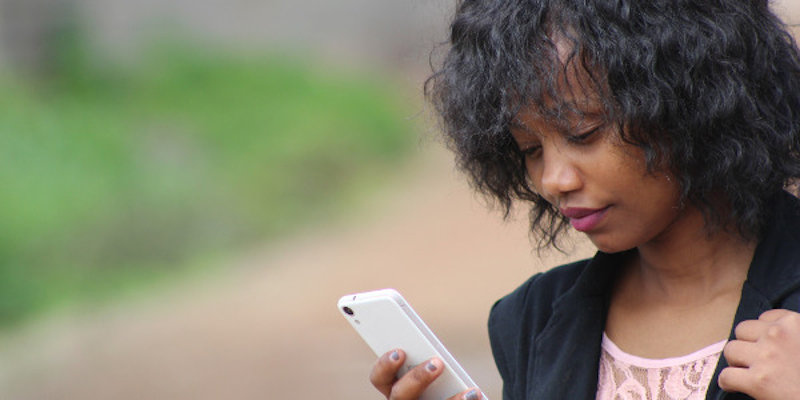 As with most other regions, the year started off on a positive note. The African think tank, Briter Bridges, reported that African startups raised approximately $350 million in Q1-2020 representing an uptick of 37% compared to the same period last year ($256 million). In keeping with previous years’ trends, South Africa ($112 million), Nigeria ($74 million), Kenya ($62 million) and Egypt ($51 million) were the top destinations, garnering 85% of investments. JUMO, a technology platform developed for building and running financial services was the most funded startup in Q1, securing $55 million followed by Vezeeta, a digital healthcare booking platform and practice management software that raised $40 million.

However, the first case of Covid-19 in Africa was declared in mid-February, giving rise to fear and uncertainty. Understandably, yet seemingly preemptive, there was notable concern as to the potential spread of the pandemic in Africa and if an economic and humanitarian crisis was inevitable. Consequently, startup funding fell 57% in Q2 to $149 million vs Q1. Fintech remains the most funded sector with $150 million during H1-2020, 39% of total funding. Unsurprisingly, there is also a rise in investor appetite for healthtech with almost $100 million in funding. 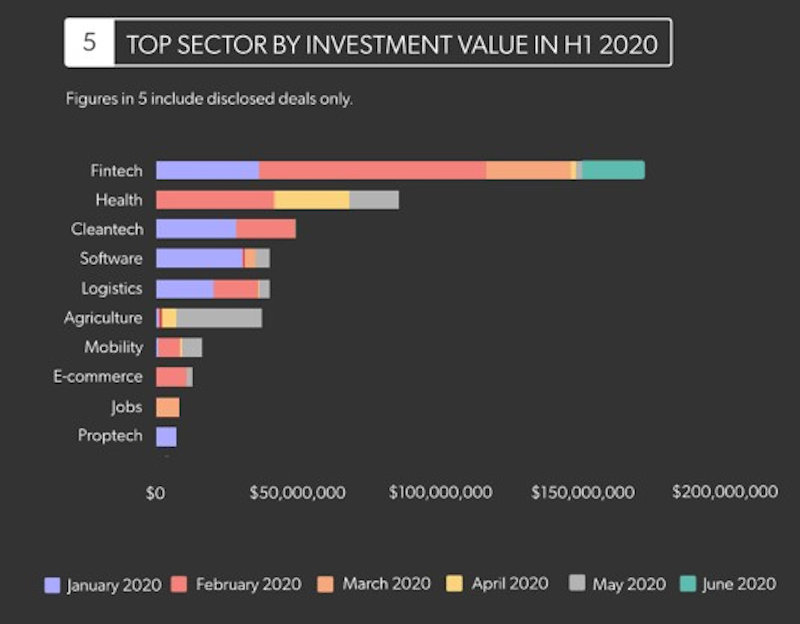 While not out of the woods, the continent has been far less impacted than anticipated with lockdowns relaxed and a general return to business operations across most markets on the continent. We remain bullish in our investment thesis on ‘foundational technology’ with a focus on the API economy, digital supply chains, trust solutions and human capital verticals. As Africa doomsday predictions fall away, we anticipate a return of investor confidence in the latter part of the year with an increased focus on businesses catering to African ‘needs’ that can demonstrate resiliency and a path to sustainability through and beyond these challenging times.

The fintech space continues to mature and dominate the startup landscape. Previously we noted how a highly fragmented ecosystem was beginning to overcome scale challenges, through cross-border partnerships and increasing interoperability. Despite the challenges of Covid-19, we are seeing acquisitions within the ecosystem.

Pan-African cross-border payments solution provider, DPO Group was acquired for $288 million by Network International, an LSE listed, multi-billion-dollar Dubai based payment solutions provider. “Combining the two companies will allow us to broaden our offering for new and existing customers, significantly improving capacity for Africa’s merchants to do business not only across the continent but in the Middle East as well as globally,” stated co-founder and CEO Eran Feinstein.

This comes on the heels of MFS Africa’s acquisition of Beyonic, a Uganda based digital payment provider and Nigeria headquartered Paga’s acquisition of Ethiopian based Apposit. “We see the future landscape for this space as a game of few, and we think that will happen in a short period of time,” says Beyonic CEO, Carina Rumberger. Echoing growing sentiment, Rumberger believes, “Consolidation is the most efficient way to play a big role in Africa’s transnational mobile payments space. Going at it alone would have caused them to be spread ‘very thin very quickly’.”

Nigeria takes a bold step to deepening the credit market

If implemented appropriately, Nigeria may have taken a positive step towards deepening access to retail credit. The Central Bank of Nigeria (CBN) issued Operational Guidelines on Global Standing Instruction (GSI) which is a new loan recovery and risk protection strategy to facilitate a better credit repayment culture, reduce non-performing loans and mitigate frequent, willful defaulters. Core to this GSI is the Bank Verification Number (BVN), a unique ID administered to every Nigerian that has a bank account thereby connecting all accounts owned by such an individual. Henceforth, in order to obtain a loan from a lender, the borrower is required to sign a GSI. In the event the borrower defaults on a loan repayment, the lender is empowered through the GSI to automatically withdraw outstanding payments from any third party bank account connected to the borrower. Not only could such a policy help to deepen access to credit and promote a better credit culture, it could also be a foundational tool to enable the CBN to build a much needed, enhanced credit bureau system.

Prior to the introduction of the GSI, the loan application process has been particularly onerous. Weak identity management infrastructure has led banks to make excessive requests including requirements to domicile salary payments with the lending bank, letter support from employers, letters of non-indebtedness from other banks and over 100% collateral, amongst others. This has resulted in ~5% credit penetration in the adult population.

While the overall concept has been welcomed by the banking sector, the GSI policy largely ignores the fintech / digital lenders who currently struggle with repayment security amidst unsecured lending. Further, there are concerns as to the implementation of the GSI. One key element of the GSI is that it allows banks to make withdrawals from joint accounts held by the defaulting borrower which seemingly violates the principle of privity of contract. While others question the CBN’s mandate to implement the GSI framework or regulate contractual agreements between banks and their customers. Most notably, the GSI largely ignores fintech / digital.

While there are no doubt some kinks that need to be worked out, we are of the opinion that the GSI is a welcome introduction to the financial services ecosystem. If adequately implemented, the GSI could be a win-win for individuals, banks, digital lenders and fintech infrastructure players such as our portfolio company, AppZone which has previously developed Recova, a loan automation product that enables financial institutions to automatically credit rate loan applicants, recommend loan amounts and execute direct debit mandates on any deposit accounts held by the applicant.