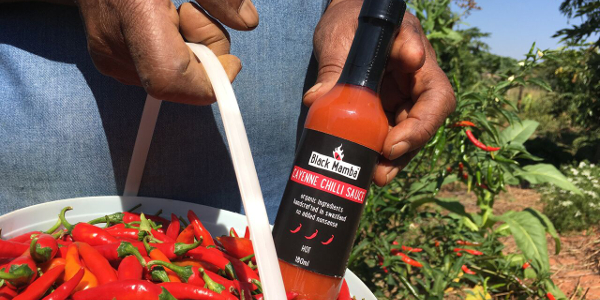 Claudia Castellanos has always had a soft spot for Africa. So when, in 2008, the chance came to volunteer in Swaziland through MBAs Without Borders (an organisation that matches MBA graduates to pro bono consulting assignments in emerging markets), she jumped at the opportunity. She traded her life in Columbia to consult a Swazi homeware brand that works closely with a network of rural women weavers.

“After my experience of working in rural areas, I realised I wanted to work with farmers to improve their quality of life through business,” says Claudia. “I took my husband’s business idea of creating a chilli brand and my background in marketing, and we decided to create a for-profit social business that would potentially help me to work with communities.”

Black Mamba primarily sources its chillies, herbs and peppers from small-scale farmers who are trained in organic agricultural practices by a local NGO, called Guba.

“From the beginning, we knew that we wanted to work with small farmers who can help us produce organic ingredients for our products,” says Claudia. “So while Guba wanted to improve food security in Swaziland, Black Mamba came on board to fulfil its second objective – which is to create market access and income for the farmers. It’s a win-win situation.”

“We have agreed contracts and prices signed with Guba and the farmers every year. That way, farmers have a secured sustainable income, and they know how much they are going to earn – a price better than what they will get in the market,” she explains. 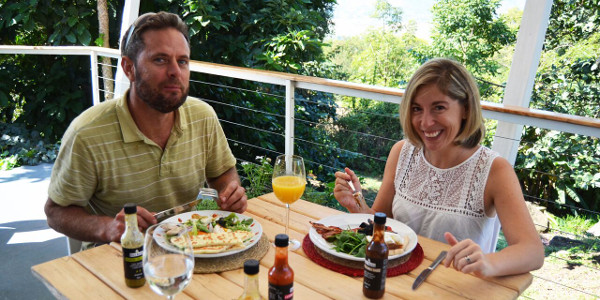 The Black Mamba duo started small, producing the chilli products in their kitchen and selling locally.

However, the business has grown considerably since then. Presently, Black Mamba produces about 130,000 units of products annually from its factory in the town of Matsapha. Neighbouring South Africa and the UK are some of its biggest markets, with other export destinations including Germany, Australia and Taiwan.

Claudia knows her product will be well-received in West African countries such as Nigeria – where people love spicy foods – but excessive red tape and logistical hurdles make exporting to the rest of continent unfeasible.

“I wish we could export Black Mamba in Africa beyond South Africa. It is easy for us to export to South Africa because Swaziland is part of the Southern African Development Community (SADC). But when we look at logistics costs to export to other parts of Africa, it’s about three times more expensive than exporting to Europe and this would have an impact on our price offering and make our products uncompetitive.”

By the end of next year, Black Mamba hopes to have acquired semi-automated equipment that will help speed up the bottling and labelling of the sauces, which is currently done by hand. 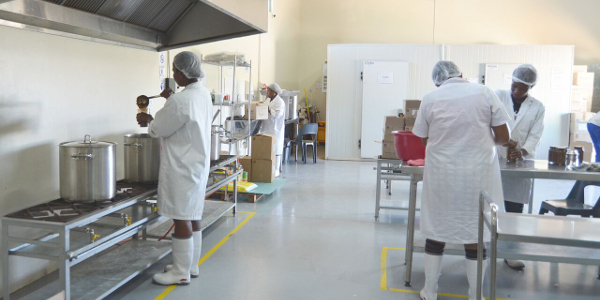 Black Mamba has a factory in the town of Matsapha, Swaziland.

During its first year in business, Black Mamba supported itself with Claudia and her husband’s personal savings, but the business soon began to struggle financially. This was mainly due to a pricing strategy gone wrong. For a long time, Black Mamba products were sold at relatively low price points in order to drive volume growth. By 2014, the business was in really bad financial shape. However, the duo managed to restructure the company, and in mid-2015 introduced a new strategy.

“By changing our pricing strategy through rebranding, we managed to make Black Mamba profitable again. We also realised that it’s not always about volume, sometimes it’s about charging the right price for the right market. So I will rather sell less at a price that it needs to be sold, than sell at a price that is not good for me,” she explains.

Apart from the financial hurdles, another challenge faced by Black Mamba is the lack of government support and inadequate skilled human resources.

“Because Swaziland is a small country we don’t get as much support from the government as we would like to… I have spoken to other entrepreneurs, and it seems to be a big dilemma for everybody,” Claudia says. 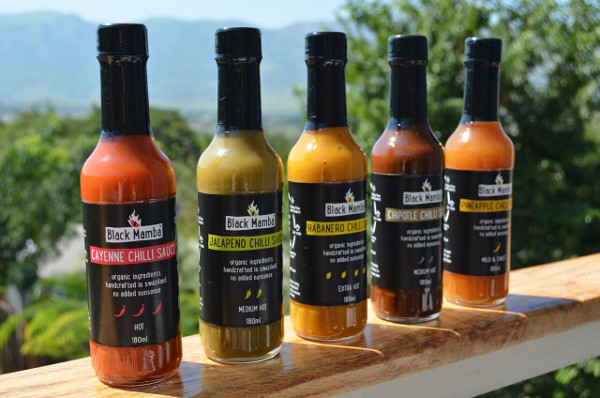 A selection of Black Mamba products

About more than making profits

One of the things Claudia likes about doing business in Swaziland is the safety and quality of life it offers, as well as its close-knit community of entrepreneurs.

“Swaziland, being small and mostly rural, allows you not to deal with traffic or pollution. Also as an entrepreneur, you can build very close relationship with other entrepreneurs because the community is very small. Here, we have a very big sense of partnership and helping each other rather than competing with one another.

“The future lies in scaling up the business, reducing the production cost and making the product slightly more competitive,” Claudia explains.

Two Black Mamba chilli sauces were recognised at the recent edition of the UK’s prestigious Great Taste awards. However, Claudia’s proudest moment as an entrepreneur is seeing the farmers Black Mamba buys from improve their quality of life.

“One of the farmers we have worked with from the beginning told me recently she was able to build a house from the money she got from Black Mamba. Also, seeing how the women we work with grow as a person and a caregiver and provider to their family’s income, gives me a sense of fulfilment.”

Black Mamba hopes to prove that it is possible to run a profitable business while also looking after people and the environment.

“We believe that the only way to do business nowadays is to do a fair business, that is – pay your employees fairly, respect the environment and basically follow the principle of fair trade,” Claudia remarks. “Not only because it is the right way of doing business but because we believe it’s a powerful marketing tool to set up a clear distinction for your product.

“Right now we are working with 30 farmers. I don’t want to work with a lot of farmers and give them candy money. I want to work with those that I have and get them to a level where I can order so much from them. If we improve our business, it means we can get more farmers into our business model and also improve the quality of life in rural communities.”

Although running a business comes with many sacrifices and pain, Claudia says she wouldn’t have wanted it any other way.

“If you really believe in your business idea and you are fulfilling the needs of a market that actually exists, there is no reason why your business is not going to work. You are going to have issues, lose money like we did, but then, you don’t give up on something you love and are passionate about.”