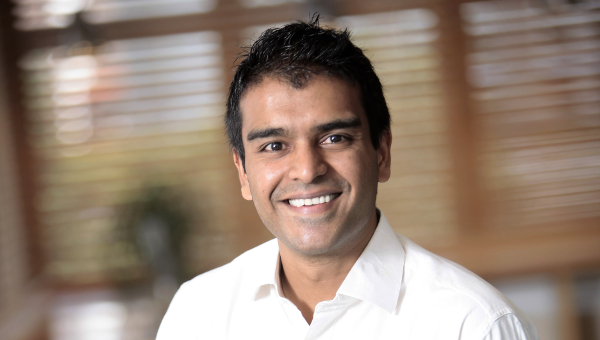 Saheel Shah will never forget his worst day as an entrepreneur.

Shah is the co-founder of Kenyan packaging company Adpack, a business he started with his father after spotting an opportunity to locally manufacture gunny bags – the woven polypropylene sacks that are used to package cement as well as agrichemicals, fertilisers and feeds for the farming sector.

He came up with the idea in 2012, when Kenya was at the beginning of a construction boom. Urbanisation and economic growth led to demand for more housing and commercial properties in cities, while investment in infrastructure stimulated the cement industry. This, in turn, increased demand for gunny bags and industries had to rely on imports as existing suppliers struggled to keep up with demand.

Once the father-and-son team had researched the opportunities in the market, drawn up a business plan, gone through the long and arduous process of raising funds, and invested in a factory, equipment and staff – the business was good to go. By mid-2013 it started production.

Shah’s worst day began on a Monday morning, a few weeks after the company had officially launched. He quit his previous job the Friday before. This was his first day focusing on the business full-time – without a safety net of additional income.

Shah was sitting in traffic on his way to the factory when his father called to say that their factory manager hadn’t pitched for work and the machines were no longer working. In fact, it looked like someone had cut wires, damaged some of their equipment and fiddled with the settings on their factory machines.

“I got really worried. We had just set up this factory and had maybe two weeks of production… It was my first day at the factory,” Shah told How we made it in Africa.

They sent someone to the manager’s house, but found it was completely empty – with all his belongings gone.

“We eventually found out that someone had paid some of the guys we hired to sabotage our machinery – and they had just run away overnight. They had damaged a whole bunch of machines and basically put us in the ground that day… It took us about three weeks to get back on our feet,” he recalled.

“And obviously, in the mean time, we were trying to pay the bills and manage the staff… We also didn’t know enough [about our machines] at the time to diagnose the problem properly. We had to fly in a technician from abroad to get them to diagnose and check everything. So it took a lot of work.”

While Shah has his suspicions about which competitor put a hit on his factory, he never had enough evidence to take legal action, and said the best thing to do was to “just get up and move on”.

‘You can’t prepare for everything’

Despite challenges, Shah and his father have managed to get Adpack up and running, and today it manufactures between three and four million gunny bags a month. About 40% of this is exported to Tanzania, Uganda and Mauritius, with plans to start exporting to Rwanda.

According to Shah, setting up a manufacturing company in Kenya – and elsewhere in Africa – is not easy, and there is no way that entrepreneurs can be prepared for everything that could possibly go wrong. However, he advises aspiring manufacturers to, where possible, keep stock of spare parts for machines (especially those that have to be imported from overseas); always under promise and over deliver when it comes to clients; manage cashflow carefully; and invest in a team they can trust and delegate to.

“Surround yourself with people that really believe in you… I found, especially when I was working while starting this business, that there will be moments when you are really down, scared or worried, and just aren’t ready for some of the challenges and the setbacks. It demands a lot of patience and courage, but that courage comes from the people around you.”