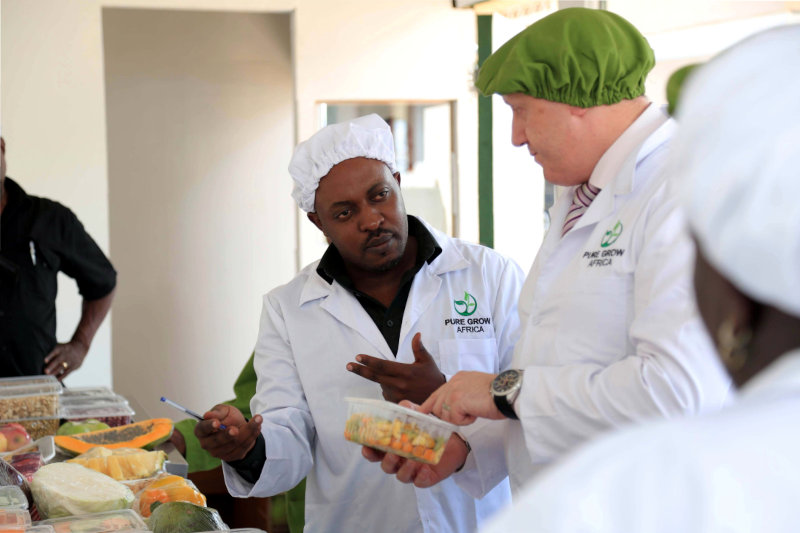 Bobby Juuko has grown what started as a consulting company – providing training for farmers in Uganda – into a supplier of fresh fruit and vegetables to some of the largest hotels and supermarket chains in the country. How we made it in Africa spoke to him about the steps he took to get Pure Grow Africa to where it is today.

At the end of 2014, Bobby Juuko was juggling three entrepreneurial ventures: he was the co-founder of an IT company; he was managing his father’s agribusiness enterprise; and he was a partner in a petroleum company with a friend. Through his involvement in agribusiness via his father’s company, he realised farmers in Uganda were desperately in need of advice and support to raise their crop yields.

“In early 2015, I started a venture to help farmers with the various issues they faced. That was how the idea for Pure Grow Africa started,” he says. “I was going to focus on changing the mindset of farmers, teaching skills and covering the information gap I could see.”

Juuko hired technical trainers to assist and, in the process, also learnt about what would be required for a farming business to flourish. He saw the farmers required better quality agricultural inputs – such as seed and fertiliser – and this signaled a business opportunity.

In the beginning of 2016, Pure Grow Africa was incorporated and provided training as well as selling agricultural inputs to the farmers. Then, in 2017, he realised some of the farmers who had used the services were enjoying big harvests but did not have the business savvy to market their produce. They faced potential post-harvest losses if the crops could not be sold.

“With my team at Pure Grow Africa, we identified an opportunity and rebranded as a marketing company for fresh fruits and vegetables,” explains Juuko.

These days, the company focuses on the marketing side, bringing in different partners to provide the training and agricultural inputs.

Pure Grow Africa provides everything on the menu, jokes Juuko: Irish and sweet potato, bananas, tomatoes, onions, mushrooms, fresh beans, garlic – you name it. It also supplies soya beans and maize to larger factories and customers in Uganda and the broader region, including Kenya and South Sudan.

“The list is long with over 50 different items because the farmers in Uganda are gifted with very fertile lands. We have a great variety of crops in Uganda. If it’s on the menu, we can supply it.”

Getting big clients on board

Juuko knew many consumers in Uganda had ready access to fresh fruits and vegetables on their street corners. The opportunity existed in the premium high-quality market, supplying establishments such as hotels, schools and caterers. “We looked at solving the problems of these high-end consumers who need reliable and consistent quality suppliers.”

Juuko remembers how the company wrote proposals to all of the big premium clients it was targeting, describing how it could provide high-quality, ready-to-cook food that was traceable back to the source farmer.

“We explained we could solve the headache of dealing with a multitude of suppliers. Most clients would have 10 to 15 different suppliers to meet their demand. We provided a solution: fruits and vegetables from one company, in a hygienic, clean and traceable way that was also consistent,” he says.

Providing this service meant it was easy to get the big players on board. Over time, the company secured clients such as Newrest Uganda Inflight Services, Sheraton Kampala, Marriott Hotels and supermarket chain Carrefour. 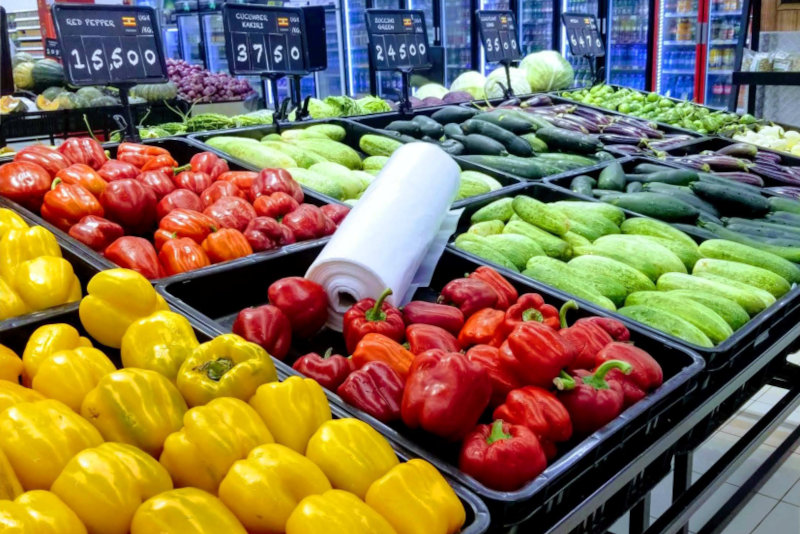 Exporting outside of Africa is currently not a priority for Pure Grow Africa, according to Juuko.

“We appreciate the opportunity that the export market offers outside Africa, which is the reason why we have partnered with classM, a French-based company, to target the European market. But unfair policies by the importing countries do not favour the farming structure in Africa. So, our priority is to build on the unique potential that the African marketplace offers and treat the non-African markets as a bonus rather than a priority.”

“When we started this company, we wanted to change some of the prevailing mindsets; that in order to make good money in agribusiness with fresh fruits and vegetables, you have to be an exporter.”

The second mindset he wanted to change was the tendency to reserve the best quality produce for international export and leave the lower quality for the local market.

The company procures its produce from a network of approximately 3,000 farmers. These range from small-scale (one to five acres) to large-scale (up to 100 acres) farming operations.

The company manages the transport of the freshly harvested produce strictly in-house to ensure quality, safety and traceability. “We have collection centres for each region where food is grown. We also have specific days for collection when we collect from each region and transport it to our head office and packhouse in Kampala where we sort and pack according to the client’s needs. Recently, we acquired another collection site through a partnership with Stanbic Bank in Hoima. We will be sorting, cleaning and aggregating the produce to meet the demand of the big oil and gas companies that are settling in that area there,” he says.

Tapping into the oil and gas industry

The Hoima region in Uganda has emerged as one of the biggest oil and gas developments on the continent. Pure Grow Africa has entered into a partnership with Stanbic Bank Uganda to establish a network of farmers in that area that will eventually supply fresh fruit and vegetables to the large oil and gas contractors for catering to their staff.

“The incubator programme is giving us a training facility in Hoima, with a demonstration farm where the farmers can experience and see how to profitably grow crops on a small piece of land,” notes Juuko.

“There will be large camps of workers to build and set up the oil and gas exploration. Our work in the region will help the local farmers to benefit from this growing sector on their doorstep. The farmers will be organised to grow the produce, and Pure Grow Africa will aggregate, sort and package it according to the standards required by the oil and gas companies. It’s a win-win.”