Mozambique is expected to grow robustly in 2010 as a combination of accommodative economic policy and a rebound in global trade boosts the economy. 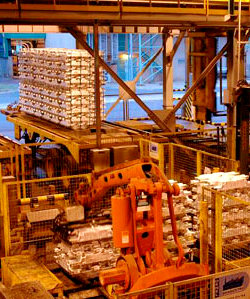 This according to a report entitled Mozambique Business Forecast Report Q3 2010 published by Companies & Markets. A summary of the report continues as follows:

In addition, a rapidly expanding banking sector will support growth through its nascent credit markets. Although Mozambique will see below-trend growth over our five-year forecast period, it is expected to outperform its neighbours, with an annual growth rate above 6%.

Furthermore, we anticipate broad policy continuity for the next five years and a continued push towards poverty reduction, infrastructure development and the creation of a business-friendly environment. Moreover, Mozambique’s external accounts should remain fairly well supported by foreign direct investment into the mining sector.

Although Mozambique has come a long way in terms of democratisation ever since the end of the civil war and the introduction of multi-party democracy in 1992, it remains a weak democracy. The ruling party Frelimo faces little opposition and this has concerned international observers. Corruption will continue to be a significant challenge going forward and will make the task of tackling poverty and income inequality more difficult. Moreover, the lack of a credible opposition means Frelimo’s unchecked power could lead the party to act with greater impunity.

Going forward, we believe that the Mozambican economy remains on a solid footing to benefit from the recovery of the global economy in 2010, but will experience sub-trend growth over the forecast period.

Mozambique continues to suffer from a weak business environment, although we believe that several dynamics bode well for the business community over the coming quarters. Investor confidence remained elevated in 2009 as foreign companies continued to invest in the mining sector, which was testament to the government’s commitment to attracting foreign direct investment. Furthermore, progress has been made with regard to addressing the infrastructure gap, as well as opening up the economy to the private sector in recent years.

However, we highlight that endemic corruption and high levels of crime will remain a formidable challenge that Mozambique will need to overcome in the coming years.