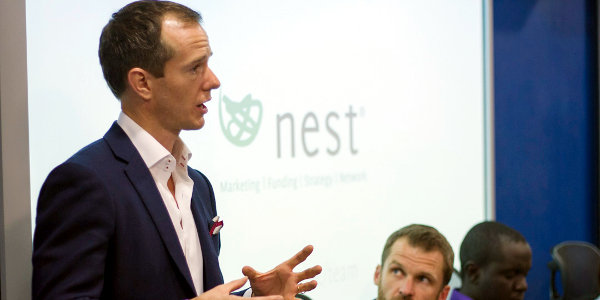 This is according to Lawrence Morgan, COO of Hong Kong-based start-up accelerator Nest Investments. The accelerator recently expanded to Africa and is seeking to invest in globally scalable African technology start-ups.

According to Morgan, there are many similarities between Africa and Asia.

“I think start-ups that we are seeing in Africa are so transferable, relevant [and] applicable to so many of the Asian markets,” said Morgan.

Make use of government support

Speaking to a group of entrepreneurs in Nairobi, Morgan explained how African companies can expand to Asia.

He said many Asian governments offer support and resources to foreign investors – including grants and matching funds.

“Singapore is just a plethora of different financing options to scale your business.”

Morgan advises entrepreneurs to liaise with government agencies and use online resources and networks to access support such as financing and visa sponsorships.

“There are 48 co-work spaces just in Hong Kong. There is an entity in Hong Kong called InvestHK [and] their sole mandate is to bring in exciting different innovations from around the world. But you have to engage with them before you set up a company there [because] once you have established your company there – they can’t help you because they didn’t bring you to the country.”

According to Morgan, the cost of setting up in Hong Kong and Singapore is relatively affordable and both cities are low tax jurisdictions.

“It would [cost] about US$1,000 in either of those jurisdictions to incorporate a company entity, and you can do it in a day. These are very commercially-minded governments. They want to attract the world’s talent, especially in start-ups,” explained Morgan.

“I think you can do a very low capital intensive expansion strategy in Asia. I don’t think you need to hire boots on the ground, open an office, even have representation. There isn’t that kind of need to have a physical space in order to be taken seriously or be seen as credible. You can operate remotely super-successfully in Asia.”

Joint ventures, partnerships and franchises can also lower the costs of entry.

Companies will mostly benefit from resources and support by aligning with the goals of the particular country they expand to.

“Think about products and services and what would make the most natural fit into a market. Each country wants to specialise in different things. South Korea is big in robotics; Taiwan is huge in semi-conductors and anything to do with small micro-technology; while Hong Kong is a huge financial centre and [its stock market] is the world’s sixth largest.”

Morgan said that in Singapore and Hong Kong there are numerous groups and associations for entrepreneurs and VCs.

“It’s not like the Middle East where you have to develop relationships for [a long time] before you actually ever do a business transaction. The whole of Asia is very relationship-orientated when it comes to doing business – but that doesn’t mean you need a long relationship.”

Be aware of the challenges

But Asia too has its challenges. In some countries the market opportunity is compelling, but the hurdles are many. Indonesia, with a population of over 250 million, is estimated to have more than 74 million middle-class and affluent consumers. This figure is expected to nearly double by 2020.

“Everyone is trying to get into [Indonesia] right now because if you have any kind of luxury product or service, the spending power of this emerging middle class is fantastic. [Yet] it is an unbelievably difficult country in which to operate. You have an incredible amount of vested interests. The government has its hand in pretty much every form of import/export commodity element.”

“It’s not totally free money. In Singapore, for example, they want you to move your headquarters to Singapore.”

“If you raise money from a government entity you have to provide reports and spending ledgers every month. You have to account for every penny that you are spending on that business. So think about the flexibility that you might be giving away by raising these magical matching funds from some of these countries. They can be the best thing you ever did and you never look back and you scale rapidly but they come with certain ties.”

And just like in Africa, companies shouldn’t approach Asia as a single market but a continent of multiple diverse markets.

“[To think that] you can attempt to own the entire Africa market by launching a very simple product that is applicable across all the countries is total rubbish. It is exactly the same thing in Asia.

“You can’t hope to expand in Asia, own the Asia market by having one strategy. Everything from language, to culture, to geography is hugely different from North to South Asia.”