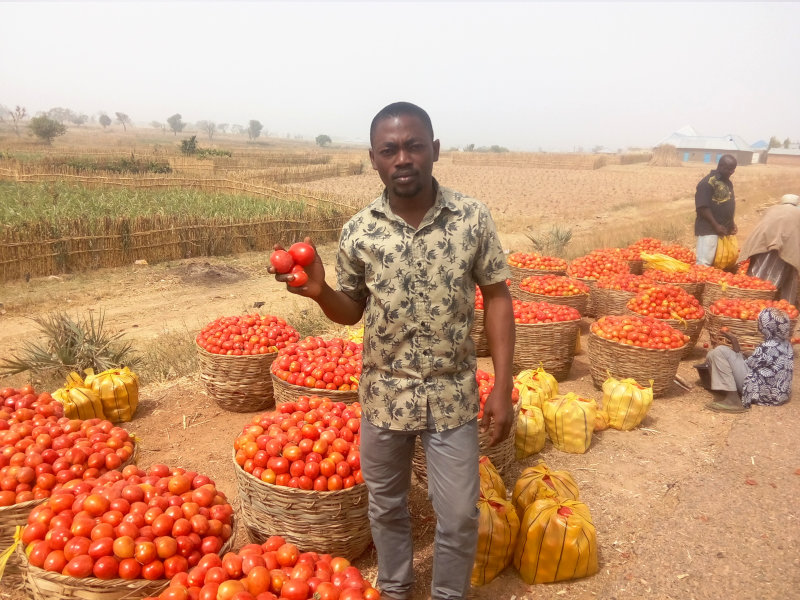 NaFarm Foods, operating in Kaduna State in Nigeria, processes tomatoes into paste, puree and stew sauces. Its most popular product is NaFarm Royal Stew, and it also offers its products on a white-label basis for sale under different brand names. The company was co-founded in 2015 by AbdulLateef Olaosebikan when he realised he would have to create his own employment post-university. Jeanette Clark spoke to him about the opportunity he saw and the growth plans for the future.

At university in Abuja, AbdulLateef Olaosebikan studied geography. In his final year, he contemplated possible employment opportunities and realised they were scarce.

“Having learnt one or two things about entrepreneurship at university, I thought I’d start something on my own but it wasn’t easy,” he remembers.

A podcast by Guy Kawasaki, an American marketing specialist and author, provided the impetus and motivation Olaosebikan needed. It was Kawasaki’s well-known talk on the importance of making ‘meaning’, rather than making money. “It became clear that if you can make your product or service problem-centric, it will be a success,” he says.

In Kaduna State, where Olaosebikan grew up and lived, the severe fluctuation in tomato prices caught his eye. During harvesting season, fresh tomatoes sold for a bargain price. As soon as the season was over, the price of tomato products would skyrocket.

“I saw it from the consumer perspective. There was an opportunity to process the tomatoes into a product with a longer shelf-life, which would address the price volatility. This would also address post-harvest losses, meaning we would solve a two-pronged problem,” he explains.

Reality is very different from theory

In the entrepreneurship courses offered as part of his university tuition, the road to success always appeared straightforward. “After registering the business in 2015, it became clear this was not necessarily the case in real life,” he muses.

Farmers were already sun-drying their tomatoes post-harvest on the fields to preserve them and NaFarm Foods wanted to use equipment to speed up this process. The company identified dryers in China but could not source the money to buy them.

“With my basic knowledge about technology, I decided to fabricate something using the little bit of money – about 80,000 Nigerian naira ($195) – we could scrape together from family and friends.”

Getting production to a commercial level required a lot more funding and the banks remained hesitant. Eventually, Olaosebikan walked into the offices of the director of agricultural services at the Ministry of Agriculture and Rural Development and asked for help.

“We were given a free booth at the international trade fair to pilot our product and talk to the customers. This is where we met the governor of Kaduna State and, with his endorsement, we received a loan from the Bank of Agriculture,” says Olaosebikan. “While we were hoping for around 5 million naira ($12,170), we received N500,000 ($1,220).”

NaFarm Foods used this to buy fresh tomatoes for processing. The company had to rely on sun-drying along with the limited capacity from its existing drying equipment. In 2016, a grant of $5,000 from the Tony Elumelu Foundation and a Kenyan award of $4,000 gave it the required capital to boost output to one tonne per day. 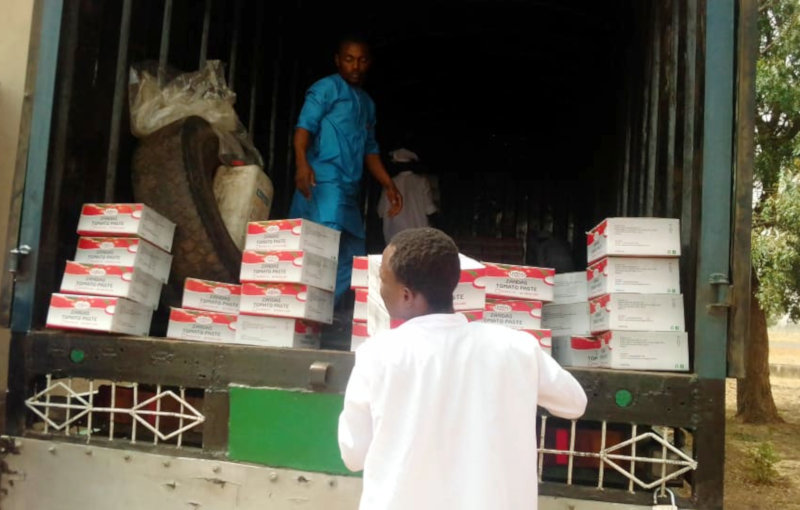 Almost losing it all

He chalks it up to inexperience and pushing the wrong product. “We went into the market offering dried tomatoes and tomato powder. Unfortunately, the price those products could fetch was a lot lower than expected. We were consistently selling at a loss.”

In order to survive, the team at NaFarm realised it had to change course. After some research, in 2018, it began producing a paste and a puree – using the available equipment – adding various manual labour processes where required. A government grant of 3 million naira ($7,300) helped pull the company through this difficult transition. It used the money to refine its packaging and get the processing spot-on. Then it relaunched into the market.

Initially, in 2016 and 2017, the company sold its dried and powdered tomatoes through existing vendors at markets. The team was also going door to door, marketing to caterers, restaurants and smaller retailers.

NaFarm tried to get its products onto the shelves of larger retailers; however, as an unknown brand, it was unable to get a foot in the door.

“We were told we would need to build a retail presence among smaller stores before the larger retailers would give us an opportunity. Over time, however, we decided we did not need the large retailers to reach our target market. We have found another way,” says Olaosebikan. Individuals were found from within its network of co-operatives and women groups, who offered to act as agents for NaFarm Foods’ products and sell to smaller retailers or directly to customers.

“The most direct route to our main customer base is through this distributor network. We provide the products on credit and allow up to 30% markup as an incentive. We produce the products and our agents sell them door to door.”

Olaosebikan acknowledges Covid-19 likely boosted business. As an operator in the agriculture sector, the company’s movement was not restricted during the lockdowns. When traditional logistics channels took a knock, its agent network picked up additional sales on the ground. 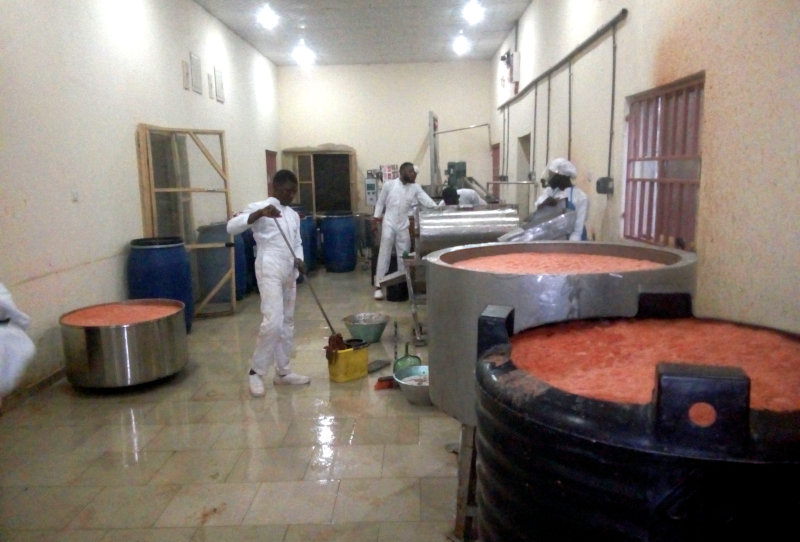 Occupying, rather than building, a processing facility

NaFarm Foods has made do with limited processing capacity throughout the years, with scaling remaining a challenge.

In 2018 and 2019, it partnered with TechnoServe, an NGO that provides training and support to smallholder farmers through its Yieldwise programme. NaFarm offered capacity training to different tomato farming co-operatives across five states.

“TechnoServe pointed out there were many unused processing facilities across the country that could provide the infrastructure NaFarm needed for our operations and helped us find an ideal one in Kaduna State.” With a few technical tweaks, the company lifted the capacity of the factory to seven tonnes a day. “This has helped us to meet the market demand and deliver on our goals,” reveals Olaosebikan.

Currently, NaFarm buys its tomatoes from aggregators on the TechnoServe database or directly from smallholder farmers.

Wanting to build on the current momentum, the company has identified eight additional processing facilities it would like to recommission for the processing of tomatoes over the coming years.

“We will then set up a central packaging facility to receive all the concentrate from the different regions and get it ready for market,” Olaosebikan says. “There is a lot of untapped growth potential.”