When Spinlet, a music downloading and streaming platform targeting the African market, was first looking for investors, investors often asked: “Will Africans pay for music online?” 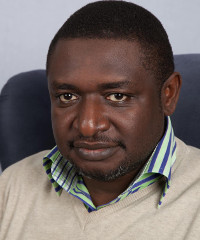 According to Francis Ebuehi, chief operating officer at Spinlet, the company’s growth revealed the answer was yes, a trend Ebuehi believes is due to two reasons. Firstly, Spinlet provides a user-friendly platform where a track costs as little as US$0.59 and an album $5.90, and secondly African music lovers want to support local African artists.

“We wanted to put in place an ecosystem where the artist gets remunerated and also the consumers or the music lovers get good quality music,” Ebuehi told How we made it in Africa. “That is what formed the whole music idea of Spinlet.”

Spinlet was founded in 2006 in Finland and in 2011 received considerable funding from investment firm Verod Capital Management, to assist in its expansion. It has since opened offices in Lagos (Nigeria), Cape Town (South Africa) and San Francisco (US) and the media has frequently dubbed it the “iTunes of Africa”.

According to Ebuehi, Spinlet will officially open an office in Nairobi (Kenya) in the first quarter of next year to cater to the East African market.

“We have actually told ourselves that we have to be everywhere in Africa. We are already established in the west and south and we need to have a presence in East Africa because you can’t be in Africa and not love East African music; it’s beautiful,” Ebuehi said. “So we are currently looking at Tanzania, Uganda and Kenya from a Nairobi operation.”

He added that African music and artists have previously been neglected, and it’s typically more difficult to access African music online than it is to access Western music. “People haven’t considered the fact that Africans love music and you have Africans in the diaspora who also want to listen to their own kind of music but they can’t get it anywhere.”

At last week’s AfricaCom 2013 held in Cape Town, Axel Bringéus, head of new markets at global music streaming company Spotify, said the organisation will not be looking at expanding to Africa for at least the next two years.

Spinlet makes use of a mobile and PC platform, where payments can be made using Visa or Mastercard. “Also in some countries like in Nigeria you can pay with your local debit card,” added Ebuehi.

The rise of more affordable smartphones in Africa is key to Spinlet’s business and the company is also making use of the mobile money payment services that are popular in Africa. “As we are looking at launching in Kenya we are also targeting the M-Pesa payment platform,” Ebuehi continued. “In that case we are talking with PesaPal.”

Prior to joining Spinlet this year, Ebuehi worked for the African media group Naspers, as an online marketplace manager for sub-Saharan Africa and also as the regional manager of Dealfish West Africa, now known as OLX Nigeria. Interestingly, Neil Schwartzman, the new CEO of Spinlet, worked with Ebuehi at Naspers. Schwartzman left the position of CEO of MIH Internet sub-Saharan Africa, where he was responsible for the internet businesses of Naspers in the region, to join Spinlet this year.

Ebuehi said that while their main consumers are younger members of the emerging middle class in Africa, they have customers across age and economic groups. He added that the African diaspora is also a market they target through their international offices. However, a local presence is essential for their main operations of targeting consumers in Africa.

“Even though we are global, we also pride ourselves on being local. You can’t effectively understand the East African market from West Africa, even though we are that close,” Ebuehi explained. “And you can’t effectively understand the West African market from South Africa. You have to be there, because if you are not there you get the wrong perception. And the markets are actually different… So you see, different regions, different thinking. So that’s why we have to be [operating] in those regions.”