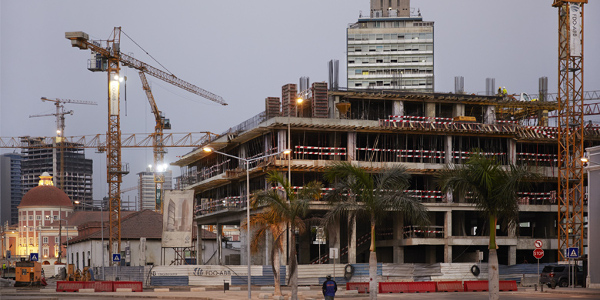 Typically, there are two kinds of sovereign wealth funds: saving funds and stabilisation funds. The latter is particularly pertinent in countries whose economies are overly reliant on oil and commodity exports, and whose revenues are volatile in nature. Other reasons for the creation of sovereign wealth funds (SWF) include war chests and, in the case of nations with an abundance of natural resources, a SWF can help to avoid the ‘resource curse’ or ‘paradox of plenty’. These are all valid ‘stabilisation’ reasons for setting up a SWF. In Africa, however, stabilisation reasons are not enough.

The developmental nature of many African economies makes the rationale for creating a SWF especially powerful. Over recent years, West African nations have been hit by the paradox of plenty whilst attempting to deal with socio-economic issues such as access to clean water and energy, wider access to education and poor infrastructure – basically ‘inclusive growth’ challenges. Angola’s SWF, the Fundo Soberano de Angola (FSDEA), was launched in 2012 and it has been charged with the seemingly unenviable task of safeguarding today’s wealth for future generations through smart, low-risk investments in non-oil industries. High-growth industries such as agriculture, manufacturing, hospitality and technology provide SWFs with low-risk opportunities that contribute to job creation and the development of sustainable supply chains.

Importantly, it is the contribution to the development of a vibrant, creative ecosystem that forms part of the larger investment picture for Angola’s SWF. Its mandate is not to seek quick returns in volatile areas such as bonds or currencies – although, with a diverse approach, such strategies are a small part of the much bigger mandate. At its core, the African SWF must seek investments that safeguard the nation’s wealth for both current and future generations. The achievement of ‘inter-generational equity’ – ensuring that investments are for the long term and eventually bring back the original funds plus profit for both current and future generations – is the most important part of the African SWF strategy.

In order to secure intergenerational equity, it is important for the SWF to invest in long-term projects such as infrastructure projects whose benefits are enjoyed across generations. This ensures that finite resources such as oil, for example, are transformed into long-term inter-generational assets like infrastructure.

For Angola’s SWF, these long-term opportunities have largely come in the form of major national infrastructure projects, which are especially important from a developmental perspective and much needed to create an efficient logistics network and investor-friendly environment. Such infrastructure projects include the first deep-water port on the West African coast, in the Province of Cabinda. Called Port de Caio, it is a truly game-changing piece of infrastructure. It will link the entire continent to a new west-coast gateway to global trade, transform the province’s economy and provide enormous opportunities across the value chain. This is perhaps the ideal scenario for an African SWF: a major, transformative socio-economic project that will reap rewards for the very long term and deliver immediate job opportunities and economic returns.

The government of Angola was far-sighted in working with international investors to fund the port through a public-private-partnership: the first PPP in that nation’s history. Through this approach, the national SWF spread risk, reduced capital outlay and secured a majority stake in a long-term, low-risk investment. SWFs have the freedom to act as reliable partners to foreign investors searching for low-risk opportunities. This means that when properly positioned, a SWF can act as a catalyst to attract more investments and reduce risk. These long-term investments are crucial – yet the typical African SWF must also recognise that there are immediate needs in society that cannot be ignored.

When the FSDEA was founded, it set aside up to 7.5% of its US$5bn endowment for what it calls a ‘social charter’ – investments in a diverse range of enterprises and projects, largely in poor rural areas that make instant tangible social impact. This is important. Rural areas outside major cities are rarely recipients of benevolent funds and, while the social charter is not charity per se, it does direct resources to viable projects that create sustainable wealth generation through the development of solutions for the most pressing issues: healthcare, water and energy.

African countries need to adopt sustainable solutions, an approach that promotes a hand up rather than a hand out. This is why the Angolan SWF’s approach should be viewed as a practical template best suited for Africa. Social impact investments support economic growth in small communities, they contribute to higher standards of living, widen access to basic services (such as mobile banking or healthcare advice through SMS services) and contribute towards the United Nation’s Sustainable Development Goals. We know that African innovators, including those in the informal economy or small-scale businesses perform best when they are supported by a creative ecosystem and when they create solutions for challenges that are African in nature.

Striking the right balance in a developmental national environment is a challenge because the immediate needs are pressing and in many cases long overdue. Therefore, the creation of a separate fund for social impact programmes is very important in the African context. Rich nations with SWFs are rarely encumbered with a significant developmental programme. This is a responsibility that rests with the less wealthy developing nations. Despite this, however, SWFs in Africa are the best and most appropriate ways to invest in such a way that immediate priorities can be addressed alongside a safe, low-risk strategy to achieve inter-generational equity for future prosperity.