While entrepreneurial activity in the rest of the African continent is blooming, South Africa has seen a dramatic fall in entrepreneurship, with economic experts worrying about the impact this will have on the economy and job prospects for young South Africans. 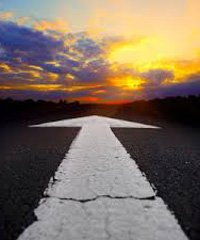 According to research released by the Global Entrepreneurship Monitor (GEM) at the University of Cape Town’s Graduate School of Business, early-stage entrepreneurial activity in South Africa dropped to 7.3% from a high of 9.1%, an almost 20% drop from the previous year and the lowest in four years.

“This shows us that any impact of the Soccer World Cup is gone,” said Mike Herrington, executive director of the GEM, explaining that after an initial boost following gains in small business creation, most of the momentum appeared to have been lost, almost three years after South Africa hosted the 2010 FIFA World Cup.

He attributed this loss of entrepreneurial spirit to a complicated cocktail of problems, including the country’s poor education system, difficult and onerous labour laws, crime, government corruption and nepotism, as well as generally unfavourable conditions for entrepreneurs in South Africa.

The GEM annual survey is a widely recognised international study of entrepreneurship and each year takes a comprehensive snapshot of entrepreneurs in countries around the world, measuring the attitudes of a population and the activities and attributes of individuals participating in various phases of entrepreneurship. In 2012, the survey was conducted in 69 countries, which included 10 sub-Saharan African countries.

The primary measure of entrepreneurship used by GEM is the Total Early-Stage Entrepreneurial Activity (TEA) index. TEA indicates the prevalence of business start-ups and new firms in the adult (18-64 years of age) population.

“South Africa needs a wake-up call,” warned Herrington. “If the climate for entrepreneurship is not improved, then in a very short period of time, South Africa will no longer be the number one economy in Africa – Nigeria will overtake it.”

This view is supported by GEM research, which shows that South Africa’s pool of intentional entrepreneurs is only 14%, far below the average of 27% among similar economies. Of particular concern is that only 5% of South Africans in the 18-24 age group are involved in early-stage entrepreneurial activity, another decrease from 2011. In addition, the study found a positive correlation between early-stage entrepreneurial activity among youth and the level of education attained.

GEM research also found that one of the biggest impeding factors on early-stage entrepreneurial activity was government policy – in terms of the process for starting a new business. Although the process has been somewhat improved, when it comes to registering a business, delays are still common and although finance exists for new small business startups, this finance is not readily available.

Herrington compares South Africa to Peru where early-stage entrepreneurial activity rose to 20% – almost three times as much as in South Africa – after regulations were changed to favour new businesses, making the bureaucratic process much easier, and free, to start a new business.

South Africa scored lowest among 10 sub-Saharan African countries in terms of perceived opportunities and capabilities as well as entrepreneurial intentions – far below countries with smaller economies such as Zambia and Angola.

Among other challenges, Herrington blamed South Africa’s lagging entrepreneurial spirit on the problem of poor education, especially regarding maths and science.

“That we are the second worst in the world where the quality of maths and science education is concerned bodes badly for entrepreneurship prospects, since one of the cornerstones for success in business is a mind that can problem-solve and think quickly in the face of challenging and changing scenarios,” said Herrington.