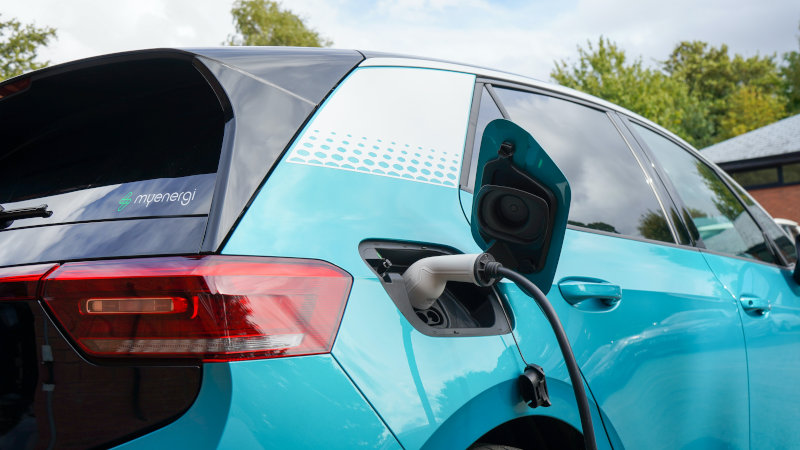 South Africa is on track to become Africa’s biggest market for electric cars and is also looking to become a globally competitive electric car manufacturing hub. A new e-mobility roadmap is in the works to make EVs cheaper than petrol cars in that market.

South Africa has proposed a major leap towards green transportation with a new electric vehicle (EV) promotion policy offering subsidies to manufacturers and buyers in order to drive up the supply and demand of EVs.

In the proposed roadmap, South Africa will ramp up investment in the expansion and development of new and existing manufacturing plants to support the production of NEVs.

This includes the production of EV components, with battery manufacture a priority, according to South Africa’s department of trade, industry and competition.

South Africa plans the “creation of a high-yielding business environment, including an appropriate fiscal and regulatory framework, that makes South Africa a leading and a highly competitive location, not only within the African continent but globally, for electric vehicle production”.

The country also hopes to “grow the level of employment in the sector, development and investment in new energy vehicle component technology and expansion of the fledgling electric supply chain, by increasing support and investment in a set of unique NEV components”.

Globally, there are about 10 million EVs on the roads – of those only 1,509 are in South Africa, according to a global ranking by the Munich Mobility Show.

But with the implementation of the new framework, South Africa could rapidly pivot towards the electrification of mass-market transportation.

According to the International Energy Agency (IEA), the gradual tightening of fuel economy and tailpipe CO₂ standards has augmented the role of EVs to meet new standards.

“Today, over 85% of car sales worldwide are subject to such standards. CO₂ emissions standards in the European Union played a significant role in promoting electric car sales, which in 2020 had the largest annual increase to reach 2.1 million,” the agency said.

While South Africa is looking for stricter regulations to drive demand for electric vehicles, the country is also positioning itself to take advantage of a wide variety of environmentally friendly propulsion systems, including hydrogen.

South Africa’s department of trade, industry, and competiton has said it will pay special attention to the private sector’s efforts to pilot green hydrogen.

“As the green hydrogen technologies mature, they are expected to become the technology-of-choice in South Africa and across the world,” it said.

According to PricewaterhouseCoopers (PwC), South Africa has an unprecedented opportunity to capitalise on the rapidly developing global hydrogen economy.

“South Africa has world-class renewable potential that can be leveraged to supply clean energy to the world and transform the domestic economy,” it said in a recent post.

The trade department said that the roll-out of a charging network would fall on the private sector, but would follow common standards provided by the South African Bureau of Standards.

To buttress the South African government’s effort to bolster manufacturing of EVs, German carmaker, BMW said that it will have five fully electric series-production model lines – the BMW i3, iX3, iX, and i4 – and the Mini Cooper SE – available in South Africa from the first quarter of 2022, according to Top Auto.