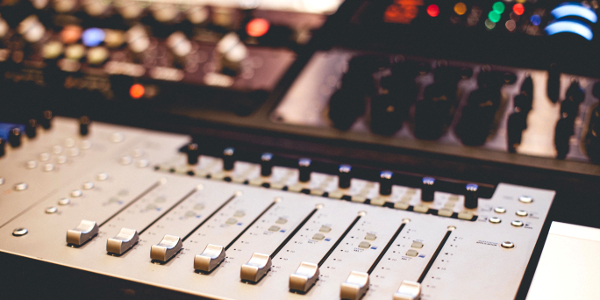 “We do believe Nigeria could return to a top spot with regards to a music consumption market in the world. We were a top music market about 30, 40 years ago when the majors were actually in town. We dropped off that chart, but we are looking at the strength of the population… as well as the strength of our music,” says Michael Ugwu, the general manger for Sony Music West Africa.

Recently Sony Music Entertainment opened up offices in Nigeria in an attempt to take advantage of the country’s music streaming market. Having been active in the country for some time now with its caller ring back tones offering, Ugwu says Sony recognised growth prospects in Nigeria for a recorded music label due to strong demand for both international and local music. He also cites falling data and internet costs as well as greater smartphone penetration (devices that are able to stream music) as another reason for the move.

West African mobile telecommunications operators are the de facto distribution platforms for music in the region – unlike in the West where consumers use services such as iTunes and Spotify. In Africa, Ugwu says, “you have to take the telco stance”.

“It’s the telcos who have the subscriber base across the continent. And when you are working with the telco with regards to operator billing, it is much easier to provide a service because as we know payments is still a challenge in Nigeria, much like the rest of Africa.”

Telcos such as MTN and Etisalat have set up respective music streaming platforms, Music Plus and Cloud 9, but prior to Sony’s entry could only purchase music from aggregators – platforms which license music for a set period of time.

“Whereas we as a recorded music label, we actually invest in the recordings, on copyrighting the records and marketing and distributing… Our international repertoire hasn’t been available on telcos until we actually made it available ourselves,” notes Ugwu.

Sony plans to license its music to telcos in Nigeria. One obstacle is, however, that the music streaming market is still in its infancy. Ugwu says MTN’s Music Plus has about four million paying users, which is – as he puts it – “a drop in the ocean” when compared to the telco’s 60 million subscribers.

Low penetration isn’t the only challenge Sony faces. Aside from high operational expenses and temperamental electricity supply – according to Uguw, there is a lack of education around proper licensing of music in west Africa.

“I think that working with local partners has been pretty new to them. So whereas we have long-standing relationships with international partners, local partners sometimes have challenges understanding how to license music from major labels,” explained Ugwu. “… How you integrate with a major label from a technical perspective, how you partner and integrate from a commercial perspective; there are several things.”

However, he says everything Sony spends – from time to money – it sees as an investment.

Another major difference between Nigeria and more developed markets is around the billing period. Ugwu says in established markets one is likely to see one set monthly price point – US$9.99 for instance – whereas in Africa “… we are seeing plans that work around day billing, weekly billing, and then monthly billing”.

Something else that is largely unique to west African markets, he notes, is that artists have been releasing their music for free.

“The focus has always been on live performances, live shows, touring within the local ecosystem. So one would obviously release their music for free to the entertainment blogs and then focus on building up a fan base that would allow them to tour, would allow them to get these ambassadorial deals and endorsements and what have you.”

However, Ugwu says recently there has been a definite move to a recorded music market.

“That’s why I am here on the ground, doing everything I can to make this a market of tomorrow.”