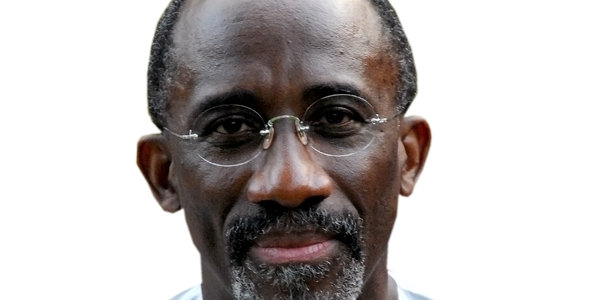 “Two roads diverged in a wood, and I,
I took the one less traveled by,
And that has made all the difference.”

Hakeem Belo-Osagie recited these lines from a poem by Robert Frost while addressing a recent conference at the University of Cambridge Judge Business School. Belo-Osagie is regarded as one of Nigeria’s richest businessmen, having made his money in industries such as banking and telecoms. He is currently chairman of mobile network operator Etisalat Nigeria.

Belo-Osagie shared with the audience some of the lessons he has learnt in business.

1. Have a healthy scepticism of data

Belo-Osagie says much of the market data and information about Africa he has come across in his career had been incorrect.

One of his biggest mistakes in business was when he was part of a losing bid for the first mobile network licences in Nigeria. At the time some of the world’s most well-known consultancy firms advised that the Nigerian mobile phone market could not exceed 20m subscribers. Based on this figure, Belo-Osagie’s partners decided not to bid more than US$265m. The winning bids came in at $285m. Today Nigeria has more than 100m mobile phone subscribers, and in hindsight Belo-Osagie says the value of the licence was probably closer to $800m.

He did not make the mistake of relying too much on expert data when he bought United Bank for Africa (UBA) in the late 90s. The Nigerian lender was for sale for $15m. Many advised him that buying the bank was a bad idea, but Belo-Osagie felt it was an undervalued asset and stuck to his guns. He approached a large South African bank to put in $8m for a 51% stake in UBA, but this was deemed too risky an investment. Belo-Osagie however went through with the transaction. A few years later the same South African bank made him an offer that valued UBA at $300m.

“So when I tell you to have a healthy scepticism [or] disrespect for data, I mean what I say.”

Many foreign investors are scared to invest in Africa due to the perceived political risks. Belo-Osagie says companies however need to look beyond only political risk, and take into account all the other risks that could be a threat to a business.

While there may be greater political risk in some African countries, firms in the west have higher “technological risk” with their business models constantly under threat from new disruptive technologies being introduced by companies like Google.

“The risks that you face in a lot of other countries are far higher than you imagine, and they often, in my view, outweigh the lower political risks that you have in the western world. Therefore, success in Africa needs a correct appreciation of political risk, not exaggerating it [and] not unduly worrying about it.”

3. The right team is essential

Belo-Osagie says winning teams are critical to the success of any business. “Teams are crucial because they combine the differing talents of different individuals, and they make the whole better than the part.”

He notes large companies operating in Africa today typically have a mix of expat and local employees.

In terms of expat workers, Belo-Osagie says those with a need for structure, certainty and clear procedure often don’t do well in Africa. It is therefore important to appoint someone with “a spirit of adventure, a hunger for new things”.

“When the light packs up or the washing machine stops working, he or she doesn’t throw their hands up and head for the airport… That eagerness and desire to experience something new, is more important than functional intelligence.”

When it comes to local staff, there are broadly two kinds of people: the foreign educated MBA with an understanding of “what life could be”, and those who have lived in a country like Nigeria all their lives.

He says a winning team is a combination of those with international experience and streetwise locals who know how to work the system.

4. Relationships need to be nurtured

5. Be bold despite uncertainty

Drawing from The Fog Of War, a 2003 documentary film on the life of former US Secretary of Defence Robert McNamara, Belo-Osagie compares the uncertainty of business with warfare.

“When you go into war, it is like walking into fog, you cannot see very clearly precisely what there is on the other side. I love that analogy because I think that one of the key factors for success in business is you must have that mental attitude to walk boldly through the fog of uncertainty that is an inevitable part of business,” he says.

“There are some individuals who cannot make a decision until every fact is in, who cannot live with uncertainty. By the time every single fact is in, you are inevitably too late for the opportunity.”

Belo-Osagie urged the audience not to neglect their personal lives in the pursuit of business success.

“Your relationship with another human being, whether that be a wife or a partner or with your parents or with your family, is very important. I know many businessmen that are on the pages of newspapers and on the front pages of magazines, who return to their lives and their houses, who are deeply unhappy. In your desire to be great successes, I want to urge you not to lose yourself. It is far easier to change a job, to change an industry and to improve a business, than it is to change an unhappy life.”