“Everywhere you touch in Africa, there is a lot of money to be made.” 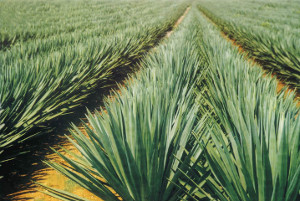 So said Mohammed Dewji, CEO of Tanzania’s METL Group, at the recent Africa Global Business Forum in Dubai. METL is a diversified company involved in everything from trading to manufacturing to financial services. It recently also launched the Mo Cola soft drink, which competes directly with Coca-Cola in Tanzania.

But one industry that Dewji is particularly upbeat about is agriculture, especially the cultivation of the sisal plant where the fibres are used for a variety of products, including rope, string, yarn and bags. It is also increasingly found in composite materials for cars, furniture and construction as well as in plastics and paper products.

According to METL’s website, the company has bought and revived thousands of hectares of run-down sisal farms in Tanzania. The majority of the fibre produced from METL’s sisal estates is supplied to its sisal spinning mill and sisal bag manufacturing company. The surplus is exported to markets such as the Middle East, Europe, Nigeria and India.

In addition to lucrative returns that can be achieved in agriculture, Dewji, who is also a member of parliament, said the sector plays an important role in creating jobs. “There is huge opportunity as far as agriculture is concerned. But here you are not only going to make money, you are also going to alleviate poverty.”

Born in Tanzania 39 years ago, Dewji joined the family business after graduating from university in the US. He later took full control of the business.

Dewji believes the local economy is too small to be involved in only one sector. “If you want to do just one particular business, there is a plateau that you will reach where you would not be able to go further.”

METL Group claims to be responsible 3.5% of Tanzania’s GDP. By 2018 its goal is generate annual revenues of $5bn.