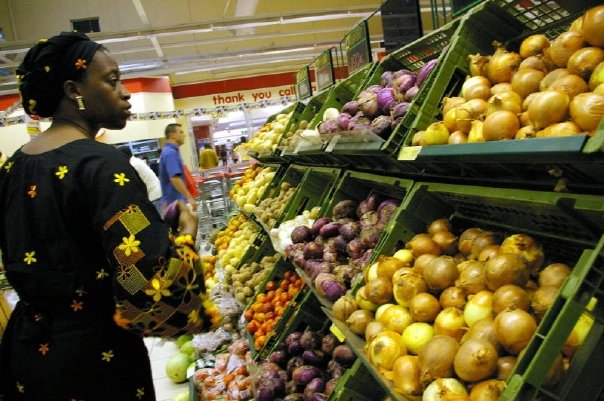 The announcement by Africa’s biggest grocery retailer Shoprite that it would be stepping back from the Nigerian market, led to what one commentator called “an earthquake” in Nigerian retail.

The South African supermarket chain has become entrenched in Africa’s biggest market, and is the anchor tenant for most of the modern shopping mall developments in Nigeria.

Shoprite’s trading statement issued on 3 August read, “Following approaches from various potential investors, and in line with our re-evaluation of the Group’s operating model in Nigeria, the board has decided to initiate a formal process to consider the potential sale of all, or a majority stake, in Retail Supermarkets Nigeria Ltd, a subsidiary of Shoprite International Ltd.”

The Nigerian business, it further said, may be classified as a discontinued operation when Shoprite reports its results for the year. “Any further updates will be provided to the market at the appropriate time.”

Sales in Nigeria for the year to June 2020 showed negative growth of -6.3%, with trading down -5.9% in the first half of the year and -6.7% in the second half, which includes the Covid-19 lockdown period.

Shoprite’s supermarkets in Africa outside its home base of South Africa and excluding Nigeria also showed negative growth for the year, sitting at -1.4%, while domestic sales in South Africa grew by 8.7%, despite the country’s own economic woes.

Just eight years before, in 2012, the annual turnover of non-South Africa supermarkets was an impressive 25.4% (19.7% at constant currencies) compared with 12.9% from domestic supermarket operations.

The new century has been mostly a period of strong growth for Africa, which led to pan-African expansion by many South African companies.

But the oil price crash from 2014 led to recession in a number of large oil producers, including Nigeria, and unemployment and economic hardship have had an impact on the middle class that was identified as a key driver of opportunity in consumer-facing sectors.

Shoprite was generally regarded as one of the most diehard investors on the continent, with its expansion driven by former CEO Whitey Basson. His appetite for risk saw Shoprite roll out to many cities in Nigeria, including Kano in the Muslim-dominated north despite concerns at the time about security in the wake of attacks across the region by terrorist group Boko Haram, and the logistics of getting stock that far north.

The sale of all or part of Shoprite’s 25-store business in Nigeria is a big deal considering the capital and time it has invested in the West African country.

The country’s deep recession in 2016-17 ushered in great hardship for Nigerians, affecting per capita incomes and driving down demand for consumer goods and services. The economy had barely recovered from this before the pandemic and associated lockdowns brought a new wave of problems, including plummeting oil prices and a drastic reduction in demand for oil from Nigeria’s regular customers.

This not only had an impact on government revenues, it reduced availability of export-generated foreign exchange. The failure to build a strong export base has long been the country’s Achilles heel.

The shortage of foreign currency has had a serious knock-on effect on companies, which are battling to repatriate profits and source forex for imports.

While Shoprite has increased its local sourcing of stock to more than 80% through its made-in-Nigeria initiative launched in 2017 to build relationships with suppliers, it still requires foreign exchange to run its business and import stock. The shortages also make it challenging to repatriate revenues to South Africa. The situation has been exacerbated by currency volatility, as many of its expenses are in US dollars. These costs have been affected by the recent devaluation of the Nigerian naira and by fluctuations of the naira and the South African rand against the dollar.

Congestion in the ports in Lagos, which can cause delays of weeks, and even months, in the delivery of imports, are another challenge, as are the ongoing import restrictions, which affect stock decisions and supply.

Nigeria comes at a cost

Shoprite’s announcement was preceded by that a few weeks earlier from another South African company, low-cost clothing retailer Mr Price, which said it would be closing the last of its Nigerian stores in early 2021. While it had made good profits in its early days, it said the tough operating environment made it difficult to consider a future in the market.

Until recently, Mr Price, along with Shoprite and Pep Stores, had been the survivors of the one-time rush of South African retailers into Nigeria. Many of the companies that closed their Nigerian shops blamed the country’s challenges for their departure but their problems also related to business models that were unsuited to the local environment.

Shoprite is not one of those. It may have needed time to work out the peculiarities of the business environment, but its experience of African markets and its ‘can do’ attitude enabled it to ride out many of the storms along the way.

But there are various reasons why it may have run out of road. One is the effect of reduced trading on the group’s bottom line, exacerbated by currency adjustments.

Another is the more tempered appetite of the new executive, put in place after Basson retired in 2016, for the businesses outside South Africa. New group CEO Pieter Engelbrecht signalled a change of pace last year, saying the group would continue to look at opportunities in Africa, “but not at any cost”.

Nigeria does come at a cost. The government seems unable to diversify the economy fast enough to address its revenue and foreign exchange challenges and its trade policy is a headache for business as it relies heavily on trade protectionism and import restrictions. Added to this are the country’s power woes, which require investment in costly generators to keep the lights on.

Shoprite’s suggestion that it could sell a controlling stake in the Nigerian business to a local investor means the company is not necessarily cutting ties but the final outcome does appear to rely on it getting the right deal in place. Sources say that in the event a deal is concluded, it will involve a hands-on transition period to maintain the continuity of the operation.

A business built with local capital, local shareholders and local stakeholders who can leverage the experience and expertise of an international company may be the best-case scenario for a brand that has come to symbolise excellence in the retail sector in Nigeria.