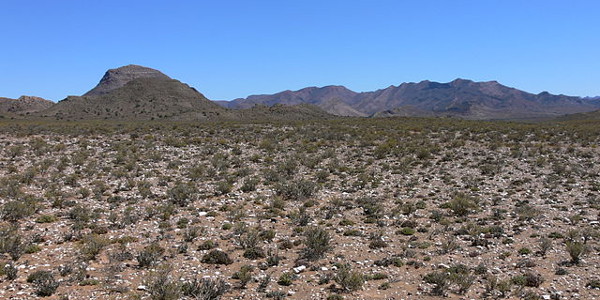 There are indications shale gas may be present in South Africa’s Karoo.

Horizontal drilling and hydraulic fracturing, otherwise known as fracking, has in the past few decades made available the gas in previously ‘tight’ shale geologies. This has shaken up the energy sector worldwide by contributing to relatively low oil prices. Almost all the shale gas development has taken place in the US where production has increased from about one to nearly 16 trillion cubic feet (tcf) over the past 25 years.

There are indications that shale gas may be present in a semi-desert region of South Africa known as the Karoo. The core region alone has an area of 400,000 km². If a viable gas resource were to be developed in the Karoo, what impact would it have on the global shale gas market? And how would it affect the energy economy of South Africa?

A few preliminary studies have been done on the potential for shale gas in the country. These include a report on the technical readiness for a shale gas industry in South Africa, a strategic environmental assessment on shale gas development commissioned by the Department of Environment which I co-led, and a multi-author academic book on hydraulic fracturing in the Karoo.

The research, presented at a recent conference, has led to a clearer picture of both the potential, and the challenges facing shale gas extraction in South Africa. The purpose of the conference, organised by the Academy of Science of South Africa, was to map out a multidisciplinary research plan to fill the critical knowledge gaps.

How much, how little?

The studies to date suggest that it’s increasingly unlikely that economically and technically viable gas will be found in the Karoo. First desktop estimates of gas-in-place at depth in the Karoo basin were hundreds of tcf.

More realistic guesses – which is what they remain, in the absence of new exploration and testing – put the upper limit for gas in the Central Karoo at about 20 tcf. This is a tiny resource by global standards. In terms of energy content, 20 tcf of gas is about forty times smaller than the known remaining coal reserves in South Africa. Conventional gas reserves offshore of Mozambique have been estimated at 75 tcf. On the other hand, the continental shelf gas field off Mossel Bay located on South Africa’s garden route, exploited and now nearly depleted, was 1 tcf.

A viable gas find in South Africa, even if quite small, would potentially transform the national energy economy. But making a large investment in infrastructure, regulatory tools, monitoring bodies, and wellfield development for a resource which may not exist is financially, politically and environmentally risky.

Any decisions about how the country should proceed must therefore be based on solid research which is why efforts are under way to adopt a multidisciplinary research programme to fill in the key knowledge gaps. On top of this, good governance is a prerequisite if South Africa is to proceed to shale gas development.

South Africa’s formal energy economy is dominated by coal. But that cannot continue, as the country’s cheap, easily accessible coal reserves are nearing an end. Coal mining has also devastated important agricultural and water-yielding landscapes. Financial institutions are increasingly reluctant to fund new coal-burning power stations because of the impact carbon dioxide emissions are having on the global climate.

As a result, coal-burning power stations are likely, over time, to be replaced by wind and solar energy, or perhaps the more expensive nuclear option. But the degree to which the country’s energy supply can be based on intermittent sources like wind and sunshine depends on the availability of an energy source that can be easily switched on or off to fill the temporary shortfalls between supply and demand – like gas-fired turbines.

South Africa has already decided to increase the fraction of gas in its energy mix. The only question is where to source it from. Are international imports or domestic sources, like offshore conventional gas or onshore unconventional gas, including shale gas and coal-bed methane better?

The optimal approach would be to take the first exploratory steps cooperatively, and in the public-domain, rather than in a competitive, secretive and proprietary way. This would allow South Africa to learn about the deep geology of the Karoo and the technologies and hazards of deep drilling, even if no viable gas was found.

A “virtual wellfield”, an imaginary but realistic computer simulation, could be developed on the basis of these findings. This would allow decision-makers and the public to better understand the economic spinoffs and environmental hazards of gas development before any significant actual development occurs.

The continuing low price of oil and the reduced demand for energy caused by the faltering South African economy buy the country time to do the necessary research and exploration. It can establish the appropriate regulatory environment and institutions before making rushed decisions with large potential consequences.

This is a cautious, evidence-guided agenda which should be acceptable to most people who care both about national development and the quality of the environment.

This article is the first in a series The Conversation Africa is running on shale gas in South Africa.

Professor Robert Scholes is a systems ecologist at the Global Change Institute (GCI), University of the Witwatersrand. This article was originally published by The Conversation.