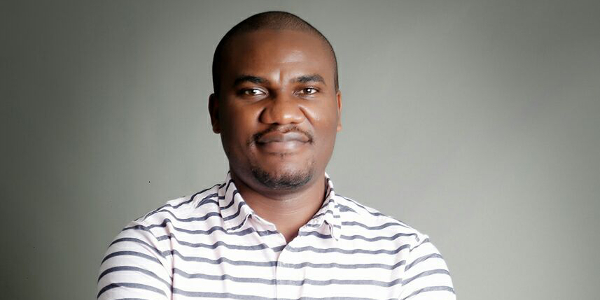 The app allows advertisers to select specific demographics based on factors like gender, location, income and age. The ads are then connected to the chosen users, who earn reward points by allowing them to appear on their phones during incoming calls.

The points can be exchanged for cash, vouchers, coupons, airtime, and other rewards that correspond to the MyAds partners’ products.

Redemption partners differ from country to country, says Ononobi. In Lagos, for example, users will soon be able to use their points to buy bus tickets or get through toll gates.

Rewards – too good to be true

The size of the reward depends on how the user interacts with the advert that is displayed. If they visit the advertiser’s website or buy one of their products, for example, they get paid more. And there are conditions in place to make sure that the system can’t be abused. A call must last long enough that the caller has spent more money on the call than the value of the reward they receive.

Partners are also paid differently depending on their role and contribution. “Let’s assume the advertiser pays us 10 naira per impression. We give the user five naira, we keep five naira, which we give to different partners. So if the telcos are involved we give to them; if agencies that are bringing advertisers come on board, we give them part of that,” explains Ononobi.

However, MyAds faces a unique issue in that many of its users in Africa see it as something that is too good to be true, finding it hard to believe that they could get paid just for seeing an ad.

This and other snags, according to Ononobi, will be worked out as the company gains momentum, which it seems set to do: the app currently has about 80,000 users and over 15 advertisers, including MTN, Airtel, Pass.Ng, United Bank for Africa, Co-Creation Hub Nigeria and AfroCab.

Over the course of his career, Ononobi has found solutions to many African problems. These include an app for GT Bank; Backup My Phone (which he later sold); SimplePay; and YouWIN!, a programme designed for the Nigerian government to drive youth entrepreneurship.

These solutions were created within and for an African context. MyAds, however, will be different. He plans to take it global, as well as expanding across Africa.

Already it has reached its first new continent. Launched September last year, MyAds has since been introduced in India, and is spreading across Africa fast.

“So, South Africa, Ghana, Kenya, Tanzania, and Uganda – those are the ones we are going to instantly, almost immediately. They are where we’ve found great partners and where we have tested a bit – and the reception we got was really awesome,” says Ononobi.

In India, MyAds users can use their points to pay for services like water and electricity, an option that could benefit African countries in the not-too-distant future.

It’s important for Ononobi to try and solve problems experienced globally, not just those endemic to Africa. “The more I travel, the more I try to relate to the communities and the places I go to, to see if I can solve a global problem rather than a local one,” he says.

Ononobi has been part of the budding Nigerian tech space for many years and believes that it could one day rival Silicon Valley. “Right now, before investors put money into ventures in Nigeria, you have to show some form, some kind of traction. It’s different in Silicon Valley, where all you need to do is show a great idea and you have investors just pumping money into it,” he says.

He sees the Nigerian way as a stronger model. He believes that if ventures show that they will be successful and generate revenue on their own, they’re more likely to do well once they receive the investment needed to scale up.

“M-Pesa should not be our only success story. We should be able to grow and teach the world what needs to be done. So I believe that all we need to do is just have one, two, three, four success stories and we will be bigger than Silicon Valley.”