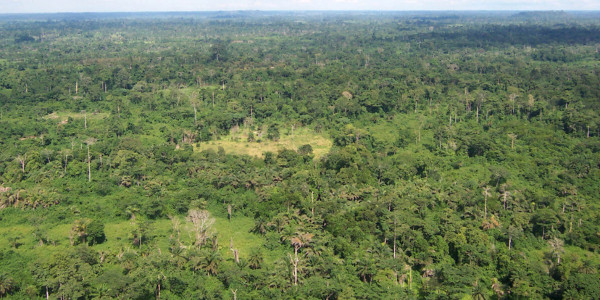 An August 2014 blog post during the escalation of the Ebola Virus Disease (EVD) epidemic in Liberia considered how, beyond the health crisis, the outbreak was having a significant impact on Liberia’s economy. Two years down the line, the threat of the virus has receded, yet the economy is facing other challenges, most prominently the drop in commodity prices. The country is at a critical juncture. It should pay greater attention to enabling the private sector to drive inclusive growth. This post is the first of a short series dedicated to Liberia to discuss some of the issues involved in the process.

After years of post-conflict progress when economic growth averaged near 8%, Liberia’s development came to a halt as the country faced the EVD crisis at the same time as international commodity prices dropped for its two key exports – rubber and iron ore. This has led to growth falling to 0.7% in 2014 and 0.0% in 2015. Growth in the first half of 2016 continues to be weak, with key sectors, including gold, iron ore, and rubber, performing below initial projections. As such, it is expected to fall near zero for the third straight year. Although a modest rebound can be expected in 2017, growth in the medium term is expected to remain below previous levels.

While the country has overcome the EVD crisis, continued weakness in iron ore and rubber prices into the medium term reduces a key growth driver. Additionally, donor assistance, despite a brief surge due to EVD-related support, is declining. This is exacerbated by the drawdown of the UN peacekeeping force (UNMIL) which is reducing demand for services. The UNMIL drawdown further calls on the government to fully provide police and security services. With elections in October 2017 expected to mark the end of the Sirleaf administration, increased uncertainty could also slow investment.

Despite these headwinds, various positive developments should provide some support to growth. First, the commencement of commercial gold exports in 2016 should help diversify and cushion export revenues. Second, a resumption of infrastructure projects halted during the Ebola epidemic should stimulate activity. Looking forward, gradual infrastructure improvements, if from a very low base, should slowly reduce one of the most significant constraints on the business environment.

While growth and government revenues are slowing in the short term, this creates a window of opportunity to build the foundation for diversification and long-term inclusive development. Liberia’s traditional economic model has been based on natural-resource extraction. This development paradigm has been associated with the “resource curse,” in which significant sources of unearned income contribute to extensive rent-seeking, corruption, weak institutions, and low growth. With distorted incentives, resource-dependent economies often neglect developing inclusive sources of growth that create employment, increase the skills base, and diversify the economy, which would enable it to withstand external price adjustments. Lower extractive resource revenues, combined with declining donor funding weakening Liberia’s recent sources of growth, mean that this is an opportunity for the country to develop a sustainable economy by increasing its emphasis on improving productivity across sectors.

To promote this transition, the government should continue public investment in infrastructure with high economic returns, increase its emphasis on improving the business environment, focus on increasing productivity in agriculture, and attract investment in non-extractive sectors. It must also begin to seriously address the long-term issues of how to educate and train its workforce to improve basic skills and capacity.

However, the government is facing substantial challenges. It has taken on full responsibility for security in 2016, right as it heads into elections in 2017. Increasing the alignment of expenditure with development priorities is critical in the coming years, but it also will need to finance elections and associated security in the next year when revenue growth is expected to be weak. Meanwhile, its borrowing space has tightened over the last two years, so that it needs to be more selective with new borrowing.

Finding the right policy mix and maintaining focus on these goals in the lead up to elections in 2017, and into a new administration, is critical to create a transition towards more inclusive and sustained growth. Further posts will discuss progress and challenges in these areas and how the government can work with partners to address them.

Patrick Hettinger is the AfDB’s senior country economist for Liberia. This article was originally published by the African Development Bank Group on its blog.