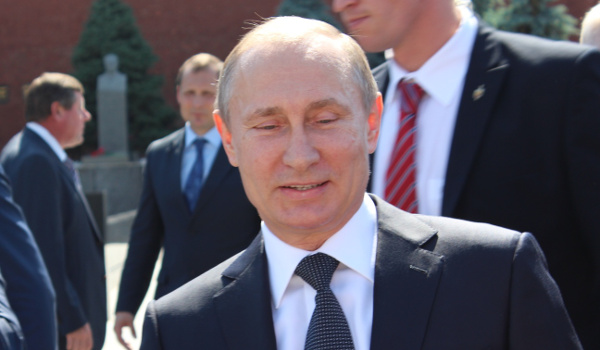 For most casual observers, the prominent non-Western country active in Africa is China. Its Belt and Road Initiative and its active foreign investment in many African countries have highlighted its presence on the continent. The extent to which many commodity exporters are dependent on exports to China have created accusations of Chinese neo-colonisation of Africa.

However, many of these observers have not noted an increasing Russian presence in Africa. This article therefore attempts to highlight the most recent initiatives by Russia to expand its presence and influence in the last investment frontier in the world, i.e. Africa.

A new “fight for Africa” seems to be unfolding with China, the EU, and the USA as the main protagonists. India, Japan, Brazil, Turkey, Iran, South Korea and some GCC countries have also entered this battle. Russia is also becoming more prominent.

The former USSR’s strong influence in Africa diminished after 1989. It now seems Russia has new aspirations for Africa, which is reflected in Foreign Minister Sergei Lavrov’s visit to Africa in early March 2018, during which he visited Angola, Namibia, Mozambique, Zimbabwe and Ethiopia. Russia’s main non-military interests in Africa are the following:

Russia and Mozambique are planning to jointly develop and produce military equipment. The agreement between the two countries, signed in late January 2017, stipulates the deliveries of arms and military equipment, as well as other military-oriented products, spare parts and components. The agreement, originally signed for five years, will be automatically prolonged for another five years unless one of the parties withdraws.

Namibia’s uranium reserves are a huge attraction to Russia. Russia itself is the world’s fifth largest uranium producer, but will be using the Namibian uranium for the nuclear power plant it is building in Turkey. In addition, it is exporting its agricultural products to the country, such as wheat, dairy products, poultry, etc.

In Ethiopia, Lavrov pushed for the building of a nuclear reactor as part of Russia’s policy of exporting nuclear power facilities. He also called for Russian membership in the AU’s Mechanism for Police Cooperation.

While the above paints the general picture of Russia in Africa, Russia’s presence in specific countries follows a similar pattern.

Russia and Sudan have long enjoyed economic, political and military relations. In addition to providing UN support, Russia has been a major arms supplier to Sudan.

President al-Bashir recently announced that Russia would boost Sudan’s military capabilities. Sudan’s air force is comprised mainly of Russian warplanes, and the bulk of its military equipment has also been traditionally supplied by Russia. Al-Bashir recently discussed with Putin the establishment of Russian military bases on the Red Sea coast, and offered Sudan as a gateway into Africa for Russia.

Russia has agreed to supply Sudan with a small-capacity floating nuclear plant to produce electricity, while Sudan invited Russian companies to participate in developing its oil industry.

Russia is reportedly negotiating with Somaliland for a naval base outside Zeila to support its naval forces operating in the region. Russia offered to recognise the breakaway republic of Somaliland and train its military in exchange for permission to establish the base. Russia’s possible base in Somaliland can also be seen as part of Moscow’s “Pivot to Africa.”

Ethiopia’s joint development of a port in Berbera with the UAE, and Russia’s increasing relations with both these countries, indicate economic-strategic motivations behind Russia’s decision to build a base in Zeila. It could meet multiple objectives by strengthening its ties with all three parties.

The Horn of Africa is strategically important for a number of reasons, such as allowing power projection into the Middle East, influence over the Suez Canal through the Gulf of Aden, and entry into the Indian Ocean.

As for Russia’s ties with Egypt, Soviet advisers were expelled from Egypt by President Anwar Sadat in 1972. It seems that the then Soviet leadership underestimated the intelligence and pride of the Egyptian leaders in their deals with the Egyptians. Also, they refused to provide Egypt with offensive weapons to support them in their struggle against Israel (Sheehan, 1972).

Russia also undertook to build an industrial zone in Egypt. The size of this industrial park on the Suez Canal was expanded to 2,000 hectares, and has a friendlier tax regime for resident Russian firms. Russian companies will design and construct the industrial facilities, jointly produce and supply various types of equipment, and provide technical assistance at a cost of $4.6 billion by 2035.

Russia has a notable military influence in and is a major arms supplier to Africa. Many African countries attend the “military games” hosted by Russia, either to participate or observe.

Russian energy interests include oil, gas and nuclear, with state-owned companies investing both in northern and southern Africa. Its soft power is exerted by offering non-Western-centric avenues of diplomacy and support. Economically, the focus has been on energy diplomacy, targeting countries such as Egypt, South Africa, Uganda and Angola.

Russia’s activities in Africa have not been without controversy. Some accuse Russia of exacerbating conflicts by supplying arms and training to the region. The Russian nuclear deal in South Africa has also been shrouded in controversy.

Diplomatically, Africa is of strategic interest to Russia for the geopolitical support it offers – African states comprise the biggest geographic voting bloc across various global diplomatic, security and economic institutions.

Through strategic energy diplomacy, military might and soft power, Russia will gradually increase its influence in Africa. Russia is attempting to reclaim its influence in Africa. It has obtained a position of influence in Egypt. Sudan has invited them to develop a physical presence in that country. Having a military presence in Somaliland, will give them a third base alongside the Red Sea approach to the Suez. It is now optimally placed to project power into the Middle East, the Mediterranean Sea and Indian Ocean region. Russia’s outreach to southern and central Africa is setting it up to becoming a continental player of note.

As for Africa, there is a new “scramble for Africa”, and they should exploit the renewed attention to their benefit. It is clear that Russia is trying to reclaim the influence it had in Africa before 1989, when Glasnost and Perestroika destroyed the former Soviet Union. In addition, it is using Africa as a base to expand its influence beyond Africa. It has now succeeded in taking over the Crimea Peninsula, and has obtained a position of influence in Egypt alongside the Suez Canal. Further down south, Sudan has invited them to develop a physical presence in that country. Having a military presence in Somaliland, would give them a third base alongside the Red Sea approach to the Suez. It is now optimally placed to project power into the Middle East, the Mediterranean Sea and Indian Ocean region.

Africa, with this growing Russian presence, the existing Chinese presence, and the historical USA military presence, is becoming a possible future global power battlefield. This battlefield is becoming more crowded with Saudi Arabia, the UAE, Qatar and Turkey also becoming players, albeit only economically for some of them. It is doubtful whether these foreign military bases are in Africa’s best interest!

The author, Johan Burger, is the director of the NTU-SBF Centre for African Studies, a trilateral platform for government, business and academia to promote knowledge and expertise on Africa, established by Nanyang Technological University and the Singapore Business Federation. Johan can be reached at [email protected].