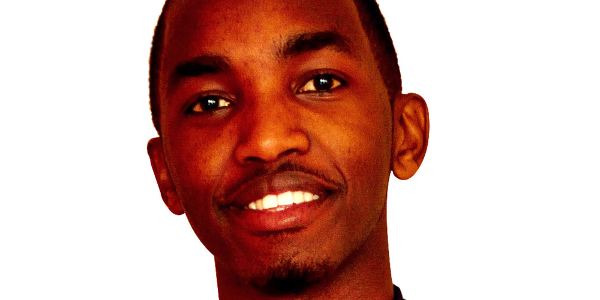 Many believe they have to give up formal employment and a stable salary to pursue their entrepreneurial dreams. But Kenyan entrepreneur Alex Mwaura Muriu (27) has proven it is possible to do both.

Muriu is the founder of Farm Capital Africa, a new crowdfunding model that enables investing in small-scale African agri-preneurs. This week, Muriu’s initiative won second place in the 2015 Innovation Prize for Africa.

He is currently also working full-time as digital brand manager at the Kenya Commercial Bank, and believes he would have struggled to get Farm Capital Africa to where it is today if he wasn’t employed as well. As a young father, husband and entrepreneur, Muriu requires a stable salary to get his start-up off the ground, while being able to put food on the table.

But how has he managed to do both jobs at once? Muriu says it hasn’t been easy, and warns that divided attention can put entrepreneurs at risk of losing both positions. However, some tactics have helped him do both.

Get the right managers in place

“One of the smartest things I did was getting on board my co-founder, Jason Musyoka, who is the chief operations officer at Farm Capital Africa.”

Muriu explains that managing finance and operations are one of the most time-consuming tasks of running a company, and he needed someone able to focus on the financial details full-time, which he admits is not his strength.

“So when I took Jason in I knew that about 60% of my time would be saved by having him there… it really saved me numerous headaches.”

Muriu then found someone who could efficiently undertake project management. “Now with these two [managers] in place, my role in the company really came down to fundraising. And that’s not something I need to do from 8am to 8pm.”

Muriu says he holds most meeting between 6:30 and 8:30am before work. He also utilises his lunch hour to meet investors, and then between 6pm and 9pm after work. This can translate into 14-16 hour working days.

“And then there are weekends, especially Saturday mornings, and my wife knows I won’t be home,” he says.

“I relax a bit on Sunday, and then Monday we get back on the climb again… But then again I am a young person. I can do it because my body is still in that place where I can work many long hours and still survive.”

Be honest with potential employers

He also advises others looking to be employed while running a start-up to be honest with their employer and ensure there is no conflict of interest.

Time management is also essential, as both jobs need to be given enough attention so that neither fall by the wayside.

“If you are going to run a business while being employed, you will have to get used to the idea of long working hours, because you still have to give your employer the best,” he continues.

However, he notes entrepreneurs juggling both employment and entrepreneurship might also have to accept that their start-up’s growth will be slower than they want it to be. “But that’s okay, because striking that balance in the interim until your business gets to a point where it can pay you a salary is important for success of the start-up. So be patient and plan your time really well.”