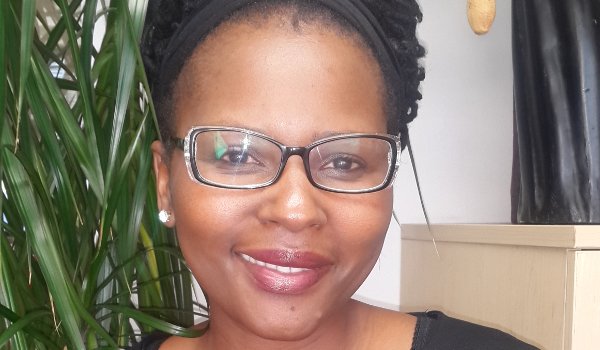 Public relations – or reputation management as many in the industry like to call it – is growing in many African markets as foreign and local companies expand across the region.

Historically, international agencies have typically worked with affiliates and partners in African markets (outside of South Africa) when needed. However, a number of top players have set up their own offices in key countries as their clients’ interests in the region grow. These include Ogilvy PR and Hill+Knowlton Strategies, which opened its office in Nigeria last year.

South African agencies are also spearheading expansion into the rest of the continent, along with their domestic clients. One example is Magna Carta, which is the exclusive African affiliate of one of the top five global PR firms, Ketchum. The agency has followed clients like Standard Bank into Africa and has grown its network to include 19 countries – having launched in Zimbabwe this year.

Moliehi Molekoa, Magna Carta’s business unit head, shares her thoughts on the industry’s growth across the continent and the trends that are influencing it.

When did Magna Carta start focusing on African markets outside of South Africa?

We started looking at aggressively increasing our Africa footprint eight years ago. This approach formed part of our over-arching growth strategy, and being aware of the global trends and where most growth was projected to come from. As an agency we had to make sure we were ready to service any client that wanted to operate on the rest of the continent.

What trends have been driving the PR industry on the continent over the last five to 10 years?

With very little appetite for above-the-line advertising, PR is seen as a discipline that will get you the “bang for buck”. The turbulent global market has placed a lot of emphasis on PR and most companies are operating on very tight budgets. We’ve also seen the realisation dawn that reputation management is becoming increasingly important, but from a practical level it’s still at the tail-end of business processes. However, as markets develop, the demand for reputation management by companies will rise.

On the rest of the continent, PR in its true sense is still growing. However, with a number of multinationals operating in key markets we are seeing an increased understanding of the profession.

We are also starting to see a number of African businesses expanding beyond their borders and taking on services of pan-African agencies to manage their reputation through regional and global networks. This is encouraging as we are not just waiting for big multinationals to come to Africa but are also taking the continent to the world.

The other trend we are seeing, and in which we have been actively involved in, is that of public affairs/advocacy management. This is when we provide a bridge for our clients and their various stakeholders in the public sector. In most cases this is not about publicity but mainly about relationship building and creating a mutually beneficial engagement platform that enables both clients and government to do business together.

What are some of the challenges facing the industry?

In some markets, PR is mostly mistaken for advertising or advertorials, which means that one needs to budget for client stories to be published or in some cases to have media attend a press conference. However, there has to be a budget to transport media and a facilitation fee for attendance. This practice is quite problematic for the majority of multinationals as they deem it as “paid for” media, yet in these countries it’s standard practice based on the socioeconomic dynamics and how the media industry is structured.

As much as these are challenges, we are also seeing them as an opportunity to change how we operate and approach media, but also clients’ perception on the measure of success. It’s no longer about the quantity of media coverage gained; the focus is now on the quality of the coverage received. This is achieved through targeted and strategic engagements.

How has the economic slowdown in Africa impacted your business this year?

As with most industries, our business has been affected by the economic slowdown as well as political instabilities due to upcoming elections in some of our key markets like South Africa and Ghana. This has led to decisions on new business/projects being put on hold until post elections. Our office in Zimbabwe is also hard hit due to the current situation in the country. Over and above this, client budgets have been reduced and in turn have made us more creative in sourcing new business streams.

In which African countries do you see the most demand for your services? Why do you think this is?

From the onset, we’ve always known that we had to be present in key markets – such as Angola, Kenya and Nigeria – as these have been seen by multinationals as key regional markets in South, East and West Africa, mainly due to their sound economic and political climates.

Angola, with its oil production, has one of the fastest growing economies and due to the devastating effects of the war it had to rebuild itself in almost every sector of the economy.

Kenya is viewed as the gateway to East Africa, with a number of multinationals headquartered there. Kenya is also quite an innovative country with ground-breaking digital solutions being developed.

Nigeria, on the other hand, is a no-brainer for any business that wants to have a piece of the young, vibrant and growing African market. In our experience most businesses measure their success by how well they are doing in Nigeria and as a service provider we had to make sure we were present in this market to offer much-needed reputation management and strategic advice on how to engage with key stakeholders.

In the past two years we’ve seen a growing interest in Ethiopia as it starts to open its borders to foreign investors, as well as in the Ivory Coast, which is viewed as the gateway to Francophone Africa, and Mozambique because of its gas finds. These three markets are expected to post growth rates of at least 7% this year and next, which is something that any sound business would want to partake in.

In which ways do PR services in African markets differ to those in other parts of the world?

Our continent is unique and requires tailor-made solutions, but this can at times derail the momentum of global campaigns as you have to take local dynamics and environments into account to avoid any fallout, or offence, to the locals. Also, because we are a developing continent and profession, most agencies – regardless of expertise – try to offer a one-stop-shop to clients. But most of the time this doesn’t work because of a lack of required skills. By contrast, in developed markets, agencies exist based on their core competency and expertise and have the liberty to just specialise in one area of the communication mix.

But what works or doesn’t work, compared to elsewhere?

Africa is not a homogenous continent, so the one-size-fits-all approach doesn’t work. Every strategy/approach has to be localised and suited to the target audience. The sooner multinational clients understand that, the better it will be to do business on the continent.

Can you provide a real-life example of where this has caused problems?

We once had a client who wanted to host a fine-dining experience targeted at high-net-worth individuals in Nigeria. The concept was great, however, not suited to the Nigerian target audience, as most of them are already exposed to the best in the world as they travel extensively and live the very life the client wanted to expose to them as a “first in Nigeria”. The result was a low turnout of targeted audience, as invites was passed to junior colleagues or friends.

How would you describe the level of competition between both local and foreign PR agencies focused on Africa?

From a pan-Africa agency point of view the competition is tight, as most of the time we are pitching against each other in key multinational requests for proposals (RFPs). However, the difference is whether the reported Africa presence is there or just “dots on the map”, without a real physical representation.

The local industry has grown and is still growing in leaps and bounds, with a lot more agencies being affiliated to international partners and able to give a competitive advantage by providing global best practice as well as a new business pipeline.