Unease over resource nationalisation in Africa has been a recurring topic at this week’s African Mining Indaba. 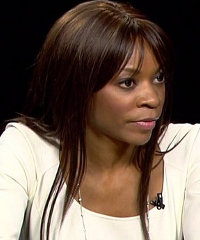 One of the people who shared this concern was Zambian-born Dr Dambisa Moyo, an international economist and author of the book, Winner take all: China’s race for resources and what it means for the world. Addressing senior leaders of the African mining industry in Cape Town, Moyo expressed her trepidation surrounding a worldwide trend of resource nationalism.

“If you look around the world right now, this is a trend that I think is increasing considerably and that I think is becoming incredibly worrying. From Mongolia to Argentina, Bolivia to Australia, there are variants of this idea of governments taking on more responsibility, more access to mineral resources.”

“In the most extreme version of this we are talking about outright expropriation and the Argentina case is obviously the one that has hold up,” she continued. “A less virulent form of this, you could argue, is the Australians increasing their taxes to 30% last year, their mining taxes on mining companies in Australia.”

Last year some members of the South African ruling political party, the ANC, called for nationalisation of the country’s mining industry. During her official welcome address at the Mining Indaba, South African minister of mineral resources, Susan Shabangu, however stressed that mine nationalisation is not a policy of the government in an effort to dissolve anxiety surrounding this issue.

Moyo said that one of the causes for concern when governments move towards nationalisation of their resources is the ability to raise debt verses equity in these countries.

“Regarding the whole idea of debt verses equity finance, the fact that government intervention, and particularly this habit of creating time inconsistency – where the government says they are going to be good and transparent, five years later they change their mind once you have invested billions of dollars into a mine for example – it’s that type of behaviour that creates uncertainty… that uncertainty mitigates and reduces longer term investment in times to come.”

The consequences of this are that debt markets are often closed to these countries, an issue that Moyo believes that governments need to be well aware of. “The Democratic Republic of Congo is a great example of this, where it is virtually impossible to raise debt and where you are stuck with people having to put equity on the table – a much more expensive way of financing.”

“And this is one of the big problems in the mining sector specifically,” continued Moyo. “As governments get excited about taking on more responsibility, more rights – whether it is through equity, through higher taxation, [or] through higher royalty payments – we invariably end up with a very, very dangerous place where the governments are actually not able to secure the revenues that they need.”

Moyo believes that the slowing growth in some emerging markets is one of the main drivers of government action towards resource nationalism. “I fear that we will continue to see much more talk and much more action around natural resources in the years to come.”