Africa’s people are often cited as being one of the best things about the continent. In fact, I would say that at least 80% of Western expats and local business leaders interviewed by How we made it in Africa say that the best thing about the African country in which they operate is the people, along with its geographical beauty of course. 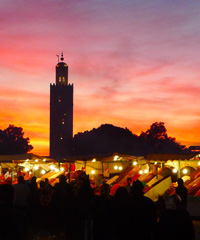 Morocco has been ranked as the African country whose population has the best attitude towards foreign tourists.

The World Economic Forum’s Travel and Tourism Competitiveness Report 2013 ranked 140 countries according to the attractiveness and competitiveness of their travel and tourism industries, and this year 35 African countries were included in the report. One of the indicators used to determine these rankings looked at how welcome tourists feel in each country.

Morocco is the country in Africa that is considered to be the friendliest to its tourists, followed by Senegal and then Burkina Faso. Below is a list of the African countries that made the top 50 in the global rankings.

The world’s most friendly nation to tourists, according to this report, is Iceland.