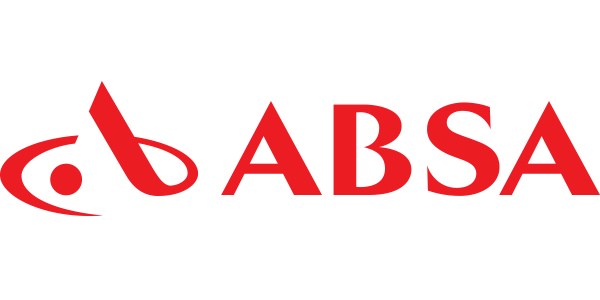 There are certainly valuable lessons to be learned, for both the public and private sectors, from the success of the renewable energy programme. In less than five years, 6,377 MW of electricity has been allocated to preferred bidders across technologies – more than the projected output of the Medupi coal-fired power station. Some 44 projects accounting for 2,021 MW are already connected to the national grid with many more renewable energy projects currently under construction.

More is to come through additions to the programme, including the fifth round of bids, which will likely be announced later this year or early next year. According to government’s current energy road-map (the Integrated Resources Plan), the aim is to have 17,800 MW of renewable energy by 2030.

All of this is being financed by the private sector. While Eskom is involved in coal, wind, solar and hydro-electric projects, the private sector has ploughed R194bn into renewable energy projects approved in the first four rounds of the renewable energy programme in South Africa, with most projects having an international developer contributing foreign investment to the country.

This shows that despite difficult times for the South African and global economies, investors have a keen interest in well-structured infrastructure projects in this country.

The conditions need to be right, and this is what Minister Gordhan is looking at as he seeks to broaden the range and scope of co-funding partnerships with private sector investors. He wants the public and private sectors to study the lessons learned in funding renewable energy projects and, in so doing, promote the funding of broadband telecommunications, among others.

The renewable energy programme has not only attracted billions in private sector investment, it has resulted in IPPs (Independent Power Producers) contracting to sell electricity at ever lower tariffs as the bidding rounds have progressed. This is a benefit to Eskom, which buys the electricity, and to the end-consumers in the country, who ultimately pay for it.

The highest tariffs guaranteed to developers were in the first bidding round. In subsequent rounds the contracted tariffs dropped markedly due, among other things, to the falling cost of technology on wind turbines and solar modules and to increased competition as international utilities or utility-scale developers became more prolific in the SA market.

Although one would expect competition to remain intense, with the weakened rand it is questionable how much further the tariffs can fall (if at all) in the next round. It is for this reason that equipment suppliers are looking to set up local assembly and manufacturing facilities to keep costs down and also to comply with increasing local content requirements. As an emerging market, South Africa will need to tread carefully to ensure that the returns to developers compensate for an ‘emerging market premium’. If returns continue to fall, the result may in fact stifle the renewable energy market in South Africa.

The department of energy will also be seeking bids to build coal-fired power stations. While the government’s energy plan is focused on gradually diversifying its power generation energy mix away from coal, it does include an additional 2,500 MW of coal-fired power to be procured under the coal Baseload IPP programme (“BIPPP”). A total of 900 MW across two projects was bid in November 2015; preferred bidders have yet to be announced. There will be further bidding rounds under the coal BIPPP with the next round expected towards the end of 2016. A ministerial determination for cross-border procurement of coal-to-power for 3,750 MW has been promulgated with power to be on-stream between 2025 and 2030.

The plan to create the Northern Cape Solar Park in the Upington area for 1,500 MW of solar energy is part of government’s plan to create renewable energy development zones in a clustered fashion, sharing common infrastructure and services such as access to land, water supply, feeder lines to the transmission system, roads and support industries.

Gas-to-power and hydroelectric power projects are also part of government’s planned energy mix. While power generation from wind and solar is intermittent, coal, gas and hydro power provide base-load power – i.e. they can generate electricity at far higher ‘capacity factors’. The government is looking for 3,126 MW of new gas-fired power generation. There has also been an announcement for a further 600 MW of gas-to-power for involvement with state-owned enterprises in South Africa. The Gas Utilisation Master Plan (“GUMP”) is expected later this year, which will be our roadmap for the development of a gas sector in South Africa.

The first gas projects are likely to be fuelled by imported liquefied natural gas (LNG) to supply gas-fired power stations, which could be built within two to three years. In the medium term, South Africa could be looking at importing more gas from Mozambique and possibly beyond. (South Africa currently imports some gas through the Sasol ROMPCO pipeline from Mozambique).

There is also the plan to procure baseload hydroelectric generation capacity from neighbouring countries, which could include Zambia, Mozambique and DRC. This will more than likely be a medium- to long-term initiative.

All of this can be achieved with private sector funding.

The gas-to-power programme will likely be along similar competitive lines to the renewable energy and coal IPP programmes. These programmes hold valuable lessons not only for gas, but for other infrastructure projects the government wishes to implement.

As the treasury is constrained by lower revenues and multiple spending priorities, including education, social grants and drought relief, an opportunity has emerged for the private sector. What the renewable energy programme has shown is how much can be achieved without government money. A well-structured programme will attract local and international investors, and commercial banks and development finance institutions will fund these projects.

Notwithstanding tough economic conditions, funding remains available for the right project, which is properly structured with the proper risk allocation, be it debt or equity.

More private sector involvement, and particularly more private sector financing, will deliver critical South African infrastructure projects while freeing up funds that the finance minister can allocate to other development priorities. There are opportunities here that the private and public sectors should find very attractive.