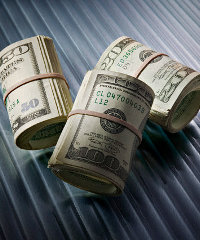 “Investments in Africa may have one of the largest mismatches in the world between the size of the region’s opportunities and the amount of capital required to access them. In 2010, the average private equity investment per deal was just US$14.2 million, the lowest of any emerging market by far – markedly lower than China ($40.3 million), Brazil ($67.4 million), and India ($26.4 million). With an entry price far lower than nearly any other market, investors are able to acquire influential stakes in a wide range of investments with a limited outlay of capital,” notes the firm in a recent report.

Private equity, or PE for short, consists of investors and funds that make investments directly into private companies. Private equity firms usually try to improve the financial results and prospects of the company they invest in, in the hope of reselling the business to another firm or cashing out via an initial public offering (IPO).

Although the past years have seen an increase in deal activity, Ernst & Young says that private equity has yet to achieve significant penetration into sub-Saharan African markets, including the continent’s most developed economy South Africa. “As a percentage of GDP, PE investment represents just 0.11% in sub-Saharan Africa, and 0.14% in South Africa – this compares with 0.74% in the UK and 0.67% in US. Even the BRICs have seen PE penetration rise sharply over the last two years … Between 2009 and 2010, PE penetration jumped 27% in China, 34% in India and 262% in Brazil.”

While Africa’s mining and oil sectors will continue to offer private equity opportunities, Ernst & Young says that the real potential lies in consumer-facing industries, fuelled by a growing middle class and urbanisation.

In July 2011, US-based private equity powerhouse The Carlyle Group announced that it had formed an Africa-focused investment team to be based in Johannesburg and Lagos. “The move by Carlyle is viewed by many as underscoring the level of interest that global funds have in the region, with an expectation that other funds will follow suit,” notes Ernst & Young.

In addition to Carlyle, there are various other private equity players, new and established, operating on the continent. These include African Capital Alliance, Actis, Emerging Capital Partners, Helios Investment Partners, Kingdom Zephyr and Ethos. Irish rock star Bob Geldof is also backing a private equity fund, called 8 Miles, which is focused exclusively on making investments in Africa. The fund will invest in agribusiness, consumer and retail, health, telecoms, and business and financial services.

Exit strategies – much ado about nothing?

There have been concerns about the ease of exiting private equity deals in Africa. However, according to Ernst & Young, such worries are largely unfounded. “Experienced managers worldwide believe that there are adequate opportunities for winding down deals successfully. In fact, a recent survey by Coller Capital and the EMPEA found that only 14% of participants cited exit challenges as a factor that would reduce their likelihood of investing in Africa.”

Ernst & Young continues by saying that “IPO’s provide one exit route, especially for larger deals. African companies going public have listed on exchanges within their home countries; established regional exchanges such as South Africa, Nigeria and Ghana; and executed global listings such as Euronext Paris. Nonetheless, the vast majority of PE exits are occurring through traditional M&A – as many as 95% of African PE exits, many through acquisitions by companies in similar industries, with strategic acquirers from outside Africa seeking an entry into local markets being an increasingly attractive exit option.”

How to succeed in African private equity

Private equity firms operating in Africa must be prepared to be flexible. “This flexibility includes attention to detail and readiness to respond quickly and creatively to obstacles on the ground. Unexpected hazards can create significant obstacles to a company’s operations, and PE managers must be prepared to implement immediate and resourceful solutions.”

Firms should also familiarise themselves with the local business cultures and ensure that they have a strong management team in place. “The strength of personal business relationships between key executives on both sides of a deal is often a major factor in the deal’s confirmation and execution … Executives leading the project or enterprise must have the skills to navigate the transformation brought by an inflow of new capital in order to realise high returns.”