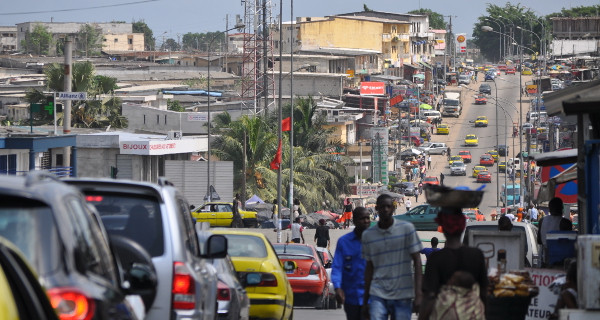 Côte d’Ivoire is one of Africa’s fastest growing countries.

The economic slowdown and volatility seen in many of the leading English-speaking African countries could mean that the continent’s francophone counterparts have a chance to step into the limelight. This is according to Thomas Flahive, partner at the investment advisory firm CrossBoundary, which set up its regional headquarters for Francophone West Africa in Bamako, Mali, two years ago.

However, some English-speaking African heavyweights are looking a lot less attractive to investors. Nigeria, for example, is facing a severe shortage in foreign currency – making it difficult for foreign companies and investors to get their profits out of the country. And South Africa is plagued by political uncertainty, as seen by the latest cabinet reshuffle by President Jacob Zuma, which quickly resulted in a sub-investment grade rating by S&P and caused the rand to plummet.

On the other hand, the West African CFA franc and the Central African CFA franc are currently used by 12 francophone African countries (as well as Equatorial Guinea and Guinea-Bissau), and have proven to be among the continent’s most stable currencies. They are pegged to the euro and backed by the French treasury, which means the economies have not experienced the same volatility seen in markets like Nigeria – and have generally had low inflation over the last 10 years. As Flahive points out, this is a major attraction for investors.

“The fact that it is shared is both helpful for trade in the region… and that it is reasonably stable relatively to other currencies.”

While there is some uncertainty around the CFA with the upcoming French presidential election – with far-right candidate Marine Le Pen promising to pull France from the eurozone if she wins – Flahive says currency instability has never been a concern when advising private equity fund managers on investing in francophone markets.

Furthermore, he adds, there is less competition for deals in francophone countries.

“It is often said that the large-cap private equity funds on the continent are all competing over the same deals – and that is common. This is even so in east Africa…. I think we would like to see more capital allocated to SME investment in east Africa, but there are still a lot of good savvy SME funds in east Africa looking for deals in Kenya. And they have maybe a US$100m in assets and are very sharp but are competing against the other very sharp firms with similar track records, expertise and deal sizes,” he continues.

“Whereas if you go into a place like Mali, or more developed Côte d’Ivoire, it just doesn’t have that same concentration that east Africa has accumulated over the last five years. So you do see a lot more single companies talking to single investors and building a relationship over a year or two.”

Flahive noted that some francophone countries are emerging as key players in the region – most notably Côte d’Ivoire which is sustaining strong growth. However, the same challenges that have deterred investors in the past still remain – especially for those from non-French backgrounds. For example, Flahive highlights that he has struggled with the language barrier when being CC’ed on important emails (written in French) by the firm’s team in Mali.

“Language is absolutely a barrier, but for a good fund that seeks to expand… into Francophone West Africa – and has a good culture and resources to allocate – then there are plenty of very talented French-speaking investment professionals interested and working on the African opportunity,” he notes.

“You can’t take the same team that was doing deals in Kenya and then require them to source and [do] due-diligence [on] deals in Francophone West Africa. But you will be able to add to your team and find good professionals who can do that.”

In addition to investing in building a local team, Flahive also advises investors looking at expanding into francophone markets to have a strong legal advisor and take a regional approach to investment rather than simply looking at one country.