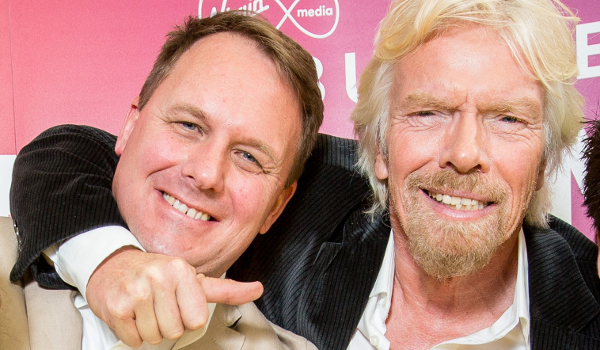 South African entrepreneur Jeff Paterson is the co-founder of Fourex, an innovative UK-based company that wants to revolutionise the way we exchange money.

He and his partner have developed a self-service kiosk, similar to a vending machine, which allows users to convert a variety of foreign coins and notes into US dollars, pounds or euros. It charges competitive exchange rates and can process 10 coins per second without any need for users to separate different currencies. And not only will it accept coins – which most currency exchanges will not – but it also exchanges old European currencies and other out-of-circulation notes.

Last year Paterson was selected to pitch his idea to a panel of six – including business mogul and Virgin Group founder, Richard Branson – in Virgin Media’s ‘Pitch to Rich 2015’ competition. He took home first prize and £50,000 (around US$71,000) in the ‘New Things’ category.

How we made it in Africa asks Paterson to share what he believes makes a successful business pitch to investors – beyond a great idea.

Get the most important information across

Paterson said entrepreneurs often make the mistake of trying to share as much information about their business as possible in a short period of time. However, investors are mostly concerned about finding out one thing: how they can make a return on their investment.

“They want to know how they can make money… Some people go into so much detail that they put people to sleep. You have got to keep your pitch short and sweet – and get the message across in as few words as possible.”

Investors also want to know if they can trust an entrepreneur with their money. For this reason, entrepreneurs should be genuine and honest during their pitch.

“They firstly buy into the entrepreneur and secondly into the idea. So if they can see that you’re authentic and that you are trustworthy, the rest of it will follow,” continued Paterson.

“If they like you they will listen to you.”

Paterson said he was so nervous during his pitch that he actually forgot his rehearsed speech and ended up speaking off-script. However, this actually worked in his favour.

“After the pitches the six judges were interviewed and asked which pitch stood out to them. The MD of Virgin Media said that Fourex’s pitch stood out because ‘Jeff was authentic’,” he recalled.

“That was amazing to me because I actually lost my words and thought I had screwed it up.”

He believes that one of the biggest mistakes an entrepreneur can make is read a pitch word-for-word. “It has got to come from your heart and be authentic.”

Paterson describes pitching to Richard Branson as terrifying and admits he did not get much sleep the night before and had to take some Rescue Remedy to calm his nerves.

“It was terrifying. He’s an amazing man… We had to pitch in front of him, five other judges and about 500 people – and it was live on the internet. So it was quite something and you just don’t want to screw it up.”

However, while he might have gone off-script during his final pitch to the judges, Paterson said he had practised his speech a thousand times. This meant that he was clear about what he wanted to say, and could allow his instinct to take over.

“And the fact that I have pitched to a thousand investors before this also made it easier… It was just in front of Richard Branson which was still quite daunting.”