Global digital payments company Skrill is looking to tap into the African market by adapting its business model to better address consumer realities on the continent. 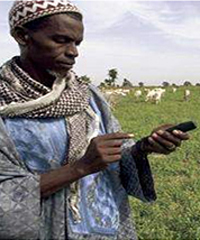 Global payments company Skrill recently announced a partnership with MTN where consumers will have free access to its portal of global merchants, and can make payments using their mobile wallets.

The UK-based company provides a portal for businesses to reach consumers globally by integrating local payment solutions to allow bank, debit and credit card payments. However, they have found this was not a payment method that performed well in Africa.

“The reality is our strengths were in the developed markets. But when you look at Africa, if you try use a debit or credit card to pay online, most of the time it will be rejected. And the reason is that the acquiring networks are outside of Africa and they don’t understand risk,” explained Nilesh Pandya, Skrill’s senior vice president of emerging markets.

“The view they take is not to process any transactions, so then there is no risk.”

In addition, Skrill’s model that works well in Europe and the US is not suited to fully target African consumers, where the majority of the population is unbanked, and do not have credit or debit cards. However, they do have mobile phones, and cash.

To address this, Skrill is partnering with mobile network operators to allow Africans to use their mobile wallets to make payments on the platform.

The company has recently announced a partnership with MTN where consumers will have free access to the Skrill portal, and its global and local network of merchants. Merchants can sign up to this platform for free – without paying either Skrill or the mobile operator for access to its consumers. However, for every transaction a merchant makes through the portal, Skrill takes 20%, with part of this going towards the mobile operator.

Pandya said operators also benefit from promoting the platform to their consumers as it encourages data consumption. With voice call revenues dropping, operators are looking to increase consumption of data. “But if you cant deliver content, why is somebody going to buy a data package. So we are delivering content.”

Skrill’s emerging market model will be launching in Côte d’Ivoire, Rwanda and Tanzania in the next few weeks, as well as Paraguay in South America. There are also plans to roll-out in Asia early next year.

The platform already has around 180,000 merchants globally, and Pandya said they are looking to target the consumers in emerging markets like Africa. While individual purchase values might be low, he says Africa’s large population size had too much potential to ignore.

“We are talking about a high volume of low value [transactions] in a continent with close to a billion people now… We think it’s the decade for Africa, and therefore disposable incomes are going to grow with a young population. So we know this is where it is going to happen.”

Skrill’s Africa launch is also being rolled out in partnership with Microsoft’s 4Afrika intiative. Microsoft will use the platform to provide access to free educational content such as basic numeracy games and courses on app development, as well as free Microsoft software like Office Online.

According to Frank McCosker, general manager of affordable access and smart financing for Microsoft 4Afrika, the strategy is to drive awareness and usage of Microsoft products.

“Basically we have a lot of free products that people aren’t aware of, so [the Skrill portal] is a good way to introduce it to them. As Microsoft we don’t need the marketing in that sense, but what we do need is discoverability and we think that if you try and test a free product, eventually you may buy… because once you have tried it you might decide you want the full product on your PC,” explained McCosker.