Ethiopia, Africa’s second most populous country with an estimated 90m people, has thousands of small and medium enterprises (SMEs) but only a few of these businesses are currently accessing the international market. 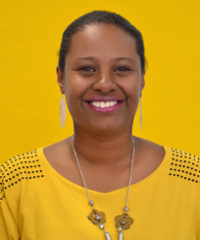 Essete Gebriel, country manager of DHL Express in Ethiopia, is excited about connecting the country’s SMEs with global customers.

She says products such as processed coffee as well as handmade shoes, bags, scarves and leather goods could sell well internationally. “These are the kinds of items that have very good potential in the global market. Currently 70%-80% of our business is from SMEs. We are trying to help these companies to trade globally.”

A DHL study last year showed that internationally-focused SMEs are twice as likely to be successful as those only operating domestically.

“The possibilities opened up by new technologies, the internet and modern transportation means that there are many foreign trade opportunities out there for African businesses. With thorough research and a well-defined strategy, local SMEs can successfully expand into new markets, compete with larger companies and use their size and nimbleness to their own advantage,” said managing director for sub-Saharan Africa at DHL Express Charles Brewer in a statement last year.

DHL will this year launch a special SME project to help these companies build their businesses beyond the borders of Ethiopia.

Rebel with a cause

One of the most celebrated Ethiopian SMEs is soleRebels, a footwear company that sells its products across the world. What makes soleRebels different from a normal shoe manufacturer is that all the products are handmade by local artisans at the company’s factory in Addis Ababa. The company also claims to be the world’s first Fair Trade certified footwear brand.

SoleRebels is an example of an Ethiopian SME that has successfully penetrated the international market. Customers from across the globe can order products from its online store. The company also has retail outlets in countries such as Taiwan, Singapore, Spain and Austria.

The company’s founder Bethlehem Tilahun Alemu has won numerous entrepreneurship awards, posing in pictures with the likes of Richard Branson, and regularly speaks at conferences across the world.

Known as one of the ecommerce pioneers of the African continent, Alemu took soleRebels’s online presence to the next level. Moving beyond online retail partnerships she forged years back with ecommerce giants such as Amazon and Javari, Alemu led the launch of the company’s state-of-the-art, fully ecommerce-enabled global website.

Speaking to How we made it in Africa in an earlier interview, Alemu said the continent needs to “start focusing on small and medium businesses because they are the big engines of the economy. People… just need an opportunity, so we need to give them an opportunity to grow big with their ideas.”

Alemu is just one of the businesspeople changing Ethiopia’s economy. The country has shaken off its image as a land of poverty and famine and is today one of Africa’s fastest growing economies. According to the International Monetary Fund, GDP growth remains robust and is estimated at 7% in 2012/13 and projected to increase to 7.5% in 2013/14.

“There are huge infrastructure developments in the country – road, railway and energy projects. Once completed, these projects will make a huge difference to the lives of the local population,” says Gebriel.

One of Ethiopia’s most high-profile infrastructure projects is the Grand Ethiopian Renaissance Dam. At 6,000 MW the dam will be the largest hydroelectric power plant in Africa when completed.

She says that while the country still faces many challenges, there have been significant improvements in areas such as housing and agriculture in recent years.

Gebriel’s advice to foreign companies looking to do business in Ethiopia is to ensure that they are familiar with the often complex local regulations and procedures. Foreigners should also not forget to sample the country’s unique cuisine and world-class coffee.