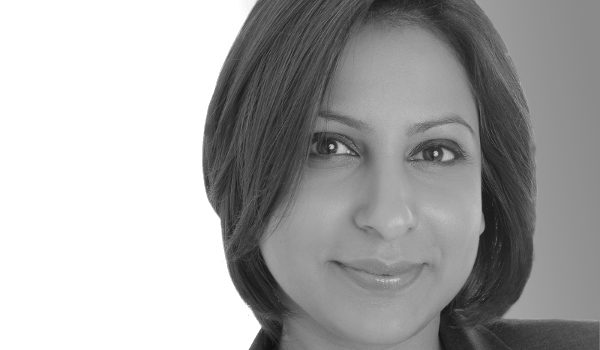 We already know that we do not know enough about African growth. This was revealed by the extent of upward revisions to estimates of GDP during recent rebasings – anywhere from up 25% in the case of Kenya, to up 89% in the case of Nigeria. Africa has been growing faster than we thought all along. We were not adequately equipped to measure this growth while it was happening.

The news on Africa’s middle class has also been mixed. When a well-known multinational in the consumer goods sector, Nestle, announced that it was disappointed by the scale and growth of Africa’s middle class and the return on its investment, and that it would be cutting its regional workforce by 15%, the news dominated headlines. What went relatively unnoticed? In the same year, one of the largest proposed corporate takeovers ever of a listed entity on the London Stock Exchange, that of SAB-Miller by AB-InBev, was motivated in large part by SAB-Miller’s proven growth markets in Africa and the demonstrated high returns in this segment of its business. Clearly, the assessment of the middle class in Africa still differs.

The concept of middle class is important. While definitions and their related income cut-offs have often varied, ‘middle class’ is thought to represent that level of attainment where households spend at least half of their income on goods and services beyond just food and basic necessities. Typically, this emergence of a ‘consumer class’ (as McKinsey has called it) helps to propel growth to the next level. Expectations of future growth are reinforced. With rising disposable incomes, there are opportunities to consume an even wider array of products. Positive demographics drive growth exponentially. With rising surpluses that can be saved, and pooled together, banking sector development is given an important boost. The availability of more credit – both enterprise credit and consumer credit – in turn promises even more activity, unlocking and enabling new economic opportunities.

The rise of the middle class is also likely to signal an important political development. Middle classes have often played a pivotal role in the political development of their countries, with calls for greater accountability often proving to be the triggers for significant economic change. In sub-Saharan Africa, the rise of multi-party politics in the 1990s, and a greater embrace of political openness, was often closely correlated with economic stabilisation, better economic management, and the regional growth outperformance that followed.

Newly-democratic South Africa saw an impressive emergence of a new middle class, even – at times – against a backdrop of weak economic growth. Studies reveal that despite the weak headline growth that followed the global economic crisis in South Africa, its middle class continued to grow. By the onset of the crisis in 2008, the size of the country’s ‘black middle class’ had caught up with the traditionally ‘white middle class’. By 2012, the new middle class was even larger than its historic predecessor.

As much as the middle class plays a positive role in calling for greater accountability, the opposite can also hold. Where the space for civil society and openness is constrained, the development of a middle class is also likely to be hampered, with economies ultimately paying the price. Poor governance played a large role in holding back decades of sub-Saharan African growth. The trend towards slippage in democratic accountability – as highlighted in a recent Mo Ibrahim Foundation governance report – must be monitored carefully. More so than the recent correction in commodity prices, its long-term economic consequences might be severe.

But where does Africa stand with the development of its middle class? Different studies have famously offered different interpretations.

An African Development Bank Study from 2011 that controversially adopted a US$2-20 measurement (in purchasing power parity – or PPP terms) of middle class, suggested that Africa’s middle class totalled c.330 million – or roughly one third of its population. This included a vulnerable ‘floating middle’, living on incomes of only $2-4 daily, who might be knocked back into poverty in the event of a severe economic shock.

Yet another study, published by Pew research in July 2015, suggested that only 6% of Africa’s population made the more conventional $10 a day (PPP) benchmark of middle income. While African economies had made great strides in lifting many millions out of poverty during the region’s recent growth outperformance, many of these households had only made it into a low-income grouping. According to Pew, sub-Saharan Africa saw some of the most dramatic declines in poverty rates globally in the decade from 2001.  However, this was rarely accompanied by a large increase in the share of middle income earners. According to the Pew data, Nigeria saw its share of poor fall 18 percentage points over this time – the share of low income earners rose 17 ppts. Middle income earners – as measured by Pew – rose 1ppt.

Should we be concerned?

While much of the recent narrative on the emergence of the middle class has compared Africa unfavourably with Asia, the initial patterns of income growth observed in Asia were not wholly different. Even in Asia thirty years ago, the large majority of people lifted out of poverty remained low income – for a while at least. But development does not stop there.

The ability to earn a steady, regular income is now increasingly recognised as the one factor that distinguishes those living in poverty from those able to emerge as middle income. The weight of analysis has correctly turned to whether the right sort of conducive employment opportunities is being generated in Africa. Sub-Saharan African economies with their more chequered histories, often marred by dependence on a single commodity, have seen much more volatile growth paths than elsewhere. In the past, this held back the emergence of Africa’s middle class.

While the recent decline in poverty is encouraging, to build further on the progress already made, the policy prescriptions are also clear. Anything that can be done to reduce the volatility of growth, and the volatility of employment in particular, should be put in place. Given that Africa, with its favourable demographics, represents one of the best counter-weights to the secular stagnation that threatens developed economies, perhaps this deserves greater policy focus on a global level.

What does Africa need to make this happen? More investment, more consistency of capital inflows, especially counter-cyclical flows, and more democracy with greater progress in governance. There should be a watertight strategy for the emergence of a middle class in scale. While there is nothing pre-determined about the emergence of Africa’s middle class, important foundations have already been laid. It is in the ultimate interest of the global economy that this progress is built upon.

Razia Khan is the Chief Economist for Africa for Standard Chartered Bank.