Agribusiness and food company Olam might not be a household name, but there is a good possibility that some of the products in your cupboard were handled by the company at some stage during the journey from farm to finished product. An interesting fact about this global commodities powerhouse is that it has its roots in Nigeria. 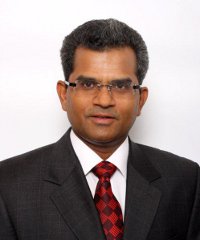 Olam was established in 1989 in Nigeria. The company started by exporting raw cashew nuts to India. The business soon added cotton, sheanuts and cocoa beans to its trading portfolio. Today Olam is a massive company with operations throughout the world. Its headquarters are currently in Singapore, where it is also listed on the stock exchange.

Olam operates a complex web of businesses across the globe. It trades in commodities such as coffee, cocoa, nuts, rice, cotton and wood products, to name a few. It is also involved in the processing of many agricultural products. The company has a direct presence in 65 countries.

Despite Olam’s global footprint, Africa still remains important to the group’s operations. It operates in 24 countries on the continent. “Africa remains a significant and strong sourcing point for us for a lot of raw commodities. We are trying to add value in Africa as much as possible,” said M.D. Ramesh, Olam’s regional head for southern and east Africa, in an exclusive interview with How we made it in Africa.

Ramesh has been at Olam almost since the company’s inception. In 1992 he started working for Olam in Nigeria. He then established operations in Benin, after which he relocated to India to manage the company’s interests in the country. From India Ramesh was transferred to Europe to launch Olam’s marketing offices in Holland and France. After a spell in Ghana, he moved to South Africa in 2004 to take up his current position.

Olam has recently announced a string of new deals across continent. Last month the company said that it plans to partner with the government of Gabon to develop rubber plantations in the country; in February, the president of Ghana inaugurated Olam’s new state-of-the-art wheat milling facility in the country; and the company recently also opened a cashew processing plant as well as a dairy facility in Ivory Coast.

Olam doesn’t only export commodities from Africa, but also imports significant volumes of products such as rice and sugar from other parts of the world into the continent.

Olam has also ventured into the production of branded food items, targeting Africa’s growing middle class. The company’s packaged foods business is currently focused on five key markets, namely Nigeria, Ghana, South Africa, Ivory Coast and the MBTN cluster (Mali, Burkina Faso, Togo and Niger). “This choice is based on the relative size and scope of these markets on a stand-alone basis, as well as Olam’s significant presence and back end strengths in these markets,” said the company in an earlier statement.

In 2007, Olam launched Tasty Tom tomato paste in Nigeria. According to the company it is currently west Africa’s second largest player in the tomato paste category. Olam also produces numerous other food products, including noodles, biscuits, pasta and seasonings.

“We are clear about the fact that there is a fast growing middle class across the continent … Such a growth implies that husband and wife works. A lot of the cities, which now take up a lot of the population of Africa, are comprised of households where they have both family members working, therefore convenience foods are extremely important,” said Ramesh.

UK-based Silk Invest, through its Africa Food Fund, a private equity fund focusing on processed food, beverages and quick-service restaurant companies, has invested in a confectionary company in Egypt. In a recent webcast, Silk Invest said that it is also looking to invest in a biscuit and pasta manufacturer in Ethiopia.

Large quantities of packaged food consumed in Africa are currently being imported. This presents major opportunities for local manufacturing. “If you take Ethiopia. Ethiopia is a big consumer of biscuits – they love biscuits. 60% to 70% of the annual consumption of biscuits in Ethiopia is imported. There is one small company based in the UAE . . . that has quadrupled its earnings within three years by exclusively exporting biscuits to Ethiopia,” said Waseem Khan, Silk Invest’s head of private equity.

As competition in Africa’s food industry heats up, Olam could have an advantage in the fact that it already has strong logistics networks into the rural areas where it sources its raw commodities. It can use the same trucks that transport the raw commodities to distribute food items. “As you can imagine, carrying more goods on the same distribution chain actually only subsidises the cost of the distribution chain,” explained Ramesh.

“We do not say that we have mastered the continent, we are still learning, we have lost a lot of money learning it, we have paid our fees,” Ramesh added.