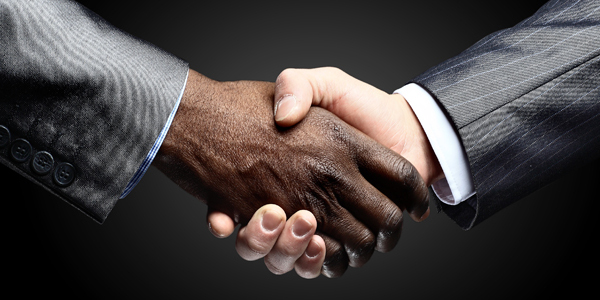 The growing interest and activity in South African venture capital signifies an evolving and expanding opportunity for investors and entrepreneurs as well as the local economy.

This is according to Tanya van Lill, CEO of the Southern African Venture Capital and Private Equity Association (SAVCA), who was speaking in light of the Global Entrepreneurship Congress (GEC) 2017, an event taking place this week in Johannesburg, which identifies new ways of helping founders start and scale new ventures around the world.

SAVCA’s most recent VC survey, which tracked South African VC industry activity from 2011 to 2015, shows that there were 168 new deals concluded by 21 public and private VC fund managers and angel investors during this period, which accounted for nearly R2bn in VC assets under management.

Van Lill notes that there was substantial VC activity in 2016: “The past 12 months have seen a healthy number of new and follow-on VC investments in technology-enabled businesses, however the interest of VC firms extends well beyond ICT-type businesses into more conventional industries, such as agriculture and housing.

“Innovative food companies are also increasingly gaining market share as these present an opportunity to one day sell these investments to more established players who often struggle to innovate internally and instead opt to acquire innovative new brands,” says van Lill.

She explains that South Africa’s economic climate is feeding this appetite. “The IMF estimated South Africa economic growth in 2016 at just 0.3% – down from 1.3% in 2015, and forecasts continued to report lacklustre growth of 0.8% in 2017. But in the current challenging economic climate we have seen that VC investors have continued to have an appetite for investment in start-ups, especially high-tech VC type businesses, which are still in short supply in South Africa.”

While the discussion about corporate involvement in supporting entrepreneurs was divided at the GEC – with small business development minister, Lindiwe Zulu, calling for more participation of big business, and Deputy President Cyril Ramaphosa stating he was pleased that big business was starting to come on board and work with governments in supporting SMMEs – van Lill says that corporate South Africa is increasingly getting involved in the VC industry, especially banks and financial services companies trying to stay on top of digital disruption by supporting fintech incubators and investing in start-ups.

SAVCA member AngelHub Ventures’ lead partner, Brett Commaille, says, “We’ve had some relatively large funds raised over the year, and more corporates are getting into the space. Companies are realising that they need to look at start-ups for innovation.”

Last year also saw the announcement of the new SA SME Fund, supported by some of the country’s largest companies, aimed at stimulating entrepreneurs and high-growth businesses. An initial amount of R1.5bn has been committed and it is expected some of this capital will find its way to VC firms.

In terms of fund raising for VC deals, South African VC funds have also received a welcome boost from section 12J of the Income Tax Act that allows taxpayers to deduct 100% of their investment in approved venture capital companies (VCCs) from taxable income. “Although this initiative was first implemented in 2009, recent amendments have made the scheme more attractive and currently there are over 40 approved section 12J VCCs, of which 12 are SAVCA members, registered with the South African Revenue Services – up from the six registered in 2014. This is further proof of how the VC industry is growing,” says van Lill.

As the VC industry continues to gain traction in South Africa, further communication and marketing is required to make investors aware of the growth potential of venture capital, and the tax advantages of investing in VCCs. Van Lill says that SAVCA’s focus for the year is to continue promoting the VC asset class. “We aim to increase the intensity of our efforts in advocating the asset class to investors, institutional and other, in order to create greater awareness for the asset class, and its benefits to local SMEs, the private sector and the economy.”