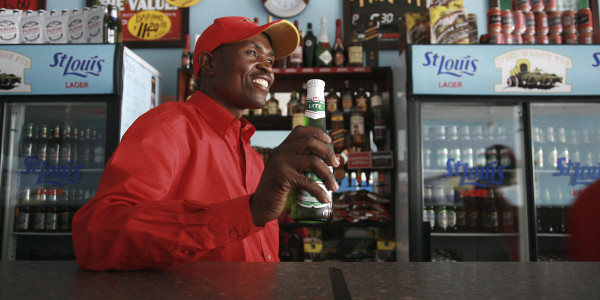 We are just back from visiting Botswana’s capital city, Gaborone. Botswana is our single largest overweight (by country) in the Old Mutual Africa Frontiers Fund − well, given that it is not in our MSCI Africa benchmark, we are always either going to neutral or overweight.

Botswana has long been the African poster child for good governance and political stability. It does help that there are only around two million people and it is one of the least densely populated countries on earth (after Mongolia and Namibia, but ignoring some of the island nations like the Falklands and Greenland). It is one of the only non-oil producers in Africa that regularly runs fiscal and current account surpluses.

The Botswana Stock Exchange performance has also been an African poster child. The stock market has been one of the best performers, up 11% year-to-date in US dollar terms, and the currency has been one of the more stable through the recent global market volatility (depreciating just 7% since the start of the year).

Despite its stability, operating conditions are tough in the country. Given that much of its power is sourced from Eskom in South Africa, it, too, is experiencing blackouts.

It is also experiencing the worst drought in over 20 years (since 1992), so there are water outages and restrictions. While southern Botswana is never going to be classified as tropical, I didn’t see a blade of grass in Gaborone. Coming home to our guest house one evening, we got to experience how so many people on the continent live: without running water or lights. We were, at least, thankful for the Egyptian cotton sheets, which most of Africa don’t know exist.

The drought is leading to downward economic growth projections for this year. So after averaging growth of around 7% a year, GDP growth this year is forecast at a more modest 4% for 2015.

Botswana still screens right at the top of our ranking sheet, helped by the high “country” score we assigned to our calculations. We have exposure to two listed companies. One is the local brewer and Coca-Cola bottler, Sechaba Brewery. It produces both clear beer and traditional beer. Traditional beer is made from sorghum, a locally grown grain. The current president, Ian Khama, is against alcohol consumption and has introduced measures in an attempt to reduce drinking. These measures include high taxes. Well, technically, he has introduced an ever-rising alcohol levy. With Botswana being part of the Southern African Development Community (SADC), the excise tax on alcohol has to be in line with the other countries in the region. So instead, he added on a levy.

More recently, he introduced rules that led to the closing of most “beer gardens”. Basically, he’s making it very difficult to get a licence to operate anywhere near to where people actually live (for instance, the business can’t be within 500 metres of a school or place of worship). While other countries have introduced similar laws, Botswana is one of the few countries where monitoring and policing has taken place.

What this all means is that Sechaba has effectively become like a tobacco stock:

Interestingly, Sechaba has introduced an innovative product in an attempt to recapture some of the lost traditional beer volume. It is selling a DIY pack. The pack sells for 10 pula (about $1). You place this milled sorghum powder into a five-litre container and let it brew overnight. So instead of Sechaba brewing it, you brew it yourself. Traditional beer is known as Chibuku Shake Shake. You need to “shake shake” before consuming, as the sorghum and water tend to separate… I say consume rather than drink, because the product is like porridge so consuming is somewhere between eating and drinking.

While we were in Botswana, the SADC was holding its annual meeting. At the ceremony, Robert Mugabe handed over chairmanship to Botswana’s Ian Khama. In his handover speech, Mugabe explained that President Ian Khama’s problem was that his father had sinned by falling in love with a white woman (Ian Khama’s father, and former president of Botswana, Seretse Khama, married a white woman). Khama then took a swipe at African leaders who fail to pass on power. It is very seldom you see African leaders speak out against each other publicly – so this was certainly a step forward for the continent.

Cavan Osborne is a portfolio manager at Old Mutual Equities. This article was originally published on the Old Mutual Investment Group’s Insights.