My last article was devoted to the South African mining industry in view of the Mining Indaba which was to take place between 7 and 11 February. I raised a number of issues regarding the industry and specifically the negative mood which we detect both in the industry itself and in potential investors – both national and international. I expressed the hope that the Indaba, which is the biggest gathering of miners in Africa, would give Mineral Resources Minister Susan Shabangu a chance of sorting matters out and settling the nationalisation debate. 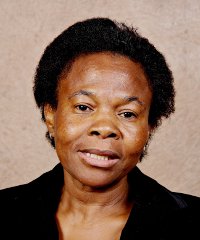 This Indaba was the biggest that has ever been held, with close to 6,000 delegates, reflecting keen interest in African mining. And the overwhelming mood was positive and upbeat, with mining ministries of West African countries – among them Gabon, Ghana, Guinea and the Democratic Republic of Congo – all marketing their prospects and doing so with evident satisfaction.

South Africa, for reasons mentioned in the last article but mainly because of uncertainty regarding government policy and nationalisation, was the loser – notwithstanding that Minister Shabangu took a strong line. “Nationalisation is not an option”, she said. By implication the investigations which the government was undertaking were intended to come to this conclusion. “My position is that there are challenges and nationalisation is not the option for South Africa” the Minister said. Anglo American CEO Cynthia Carroll powerfully added to this view: “The false prophets who argue for nationalisation are advocating the road to ruin, a path we must not follow.”

Unfortunately, the ANC Youth League responded by demanding that the party exercise “maximum discipline” as far as Minister Shabangu was concerned, who they said had inspired Cynthia Carroll’s “ranting”. Surprisingly, as he is normally a sensible fellow, the ANC Secretary-General Gwede Mantashe climbed into both the minister and Cynthia Carroll for having launched what he described as a “pre-emptive strike. They are putting the cart before the horse – the party will continue its investigation into nationalisation.”

If you were a foreigner willing to make a sizable long-term investment in a mining project what would you do? – especially if you were offered something in Ghana and South Africa. According to an international banker at the Indaba this is a no-brainer.

Nationalisation aside, in other ways, Shabangu and her Department officials indicated that they were working on factors which they considered inhibited investment. For example, simplifying the regulatory environment and improving the availability of energy. They also indicated that they’d be taking a tougher stand on the granting of mining licences, and so reducing the risk of corruption. Minister Shabangu plans to visit the US later this year to explain to mining shareholders what the government’s policy and strategies are.