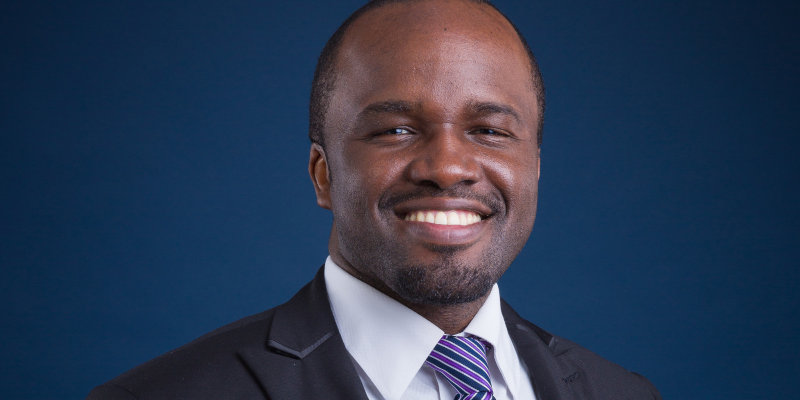 The world of money is changing fast and news of Facebook’s foray into the digital currency arena with the launch of the Libra stablecoin and digital wallet initiatives is likely to shake things up even more. Despite all the hype, Africa continues to make steady progress on its own journey towards creating cashless societies which serve as a key building block in providing trusted, leading edge and fast financial solutions for more people.

At the moment, too many people on the continent remain outside the formal financial system as well as the digital economy. According to the World Bank, there are still an estimated 1.7 billion adults worldwide, or 31% of adults, who don’t have a basic transaction account. Financial inclusion remains a critical building block for poverty reduction and creating opportunities for economic growth, and access to digital financial services will be critical in helping to close these gaps.

Innovative cashless banking solutions with a decided African flavour are already available and waiting for lift-off over the next few years. The future is extremely bright from an African perspective as these home-grown solutions connect with a growing and increasingly mobile consumer base.

The main challenge to overcome for most Africa countries is coverage to a reliable and affordable mobile network. According to GSMA’s 2018 mobile internet connectivity report, at the end of 2017, 3.3 billion people (44% of the global population) were connected to the mobile internet, representing an increase of almost 300 million compared to the previous year. The coverage gap refers to populations with no access to 3G or 4G network coverage and this has almost halved since 2014, falling from 25% to 13% in 2017. However, in sub-Saharan Africa the data shows 40% are not yet covered or connected.

There are initiatives on the continent to address this. Rwanda, for instance, plans to equip rural buses with wi-fi, to roll out smart bus shelters offering wi-fi access and screens, and an integrated electronic payment system. In South Africa, there are also advanced plans to expand access to spectrum that will drastically alter the speed, price and connectivity to networks. Nigeria is making starting a business easier by introducing an online platform to pay stamp duties, leading to a reduction in the time to start a business from 19 to 11 days.

The World Bank’s Doing Business 2019 report, in fact, highlights that sub-Saharan Africa has a record number of reforms for a third consecutive year, with a total of 107 reforms lined up. Sub-Saharan African economies recorded eight reforms in the area of getting electricity, the highest number of any region worldwide. Rwanda led the region in terms of the number of reforms implemented, seven in the past year, while Gabon, Guinea and Sudan were also among the notable reformers, with five reforms each.

Innovation in Africa on the payments front has been impressive and while some countries outside of Africa are only now talking about using mobile tech to open accounts quickly. NIBSS Instant Payments (NIP) in Nigeria is an account-number based, online, real-time, inter-bank payment solution developed in 2011. It is the Nigerian financial industry’s preferred funds transfer platform that guarantees instant value to the beneficiary.

NIP has actually become a foundational tool for digital banking in Nigeria as banks and other payment service providers leverage the NIP platform to operate services such as chat banking, card-less payments, and IoT proof of concept initiatives.

The challenges of including more people in the formal financial sector can definitely be overcome and Africa is starting to lead the way. India’s Unified Payments Interface (UPI), a digital payment system, is heralded as one of the biggest fintech success stories in the world. Recent reports highlight that India can learn from successes in a country like Kenya to improve financial inclusion in rural areas, where it is struggling to make headway. According to a report by Inc42 only 5% of India’s population used a mobile phone or internet to access bank accounts, in comparison to Kenya’s 32%. M-Pesa is rightly seen as the world’s most successful money transfer service. It enables millions of people who have access to a mobile phone, but do not have or have only limited access to a bank account, to send and receive money, top-up airtime, make bill payments and much more.

The expectations and demand patterns across the continent are often very different. It is little surprise, for instance, that mobile payment solutions like Snapscan now occupy a vast user network across South Africa, where demand is on the rise for efficiency and ease of use.

Mobile phones are fast becoming the new credit card, with MasterPass, the digital wallet payment service makes shopping online in South Africa as simple as ‘click and pay’. Other recent innovations include using the Shyft Forex app to buy, send and store foreign currency instantly on mobile phones or tablets.

Clearly, businesses and consumers see and feel the need to adapt and adopt. However, while all these initiatives are underway, benefit will be derived once access, legislation and cost factors all align to make ubiquitous adoption to the cashless environment a reality.